Online luxury consignment site The RealReal announced this morning its largest round of financing to date with news that it has closed on $40 million in Series D funding, as the company is poised to double its $100 million in annual revenue in 2015. The round was led by Industry Ventures and included participation from new investors Greycroft Growth, e.ventures Growth, and DBL Partners.

Existing investors Canaan Partners and InterWest Partners also participated, bringing the service’s total raise to date to $83 million. The company also gained a new board member with DBL’s Cynthia Ringo who joined with this round.

The funding comes at a time when a number of online consignment shops have sprung up to tackle an area of e-commerce which historically has been dominated by marketplaces like eBay. Today, however, there’s a wide range of online consignment shops, with everything from sites where users sell fast fashion via peer-to-peer marketplaces up to white glove offerings where companies vet and authenticate high-end items themselves before photographing them and listing them for sale on behalf of sellers.

The RealReal falls on this latter end of the online consignment spectrum as it offers a full-service marketplace where garments, bags, jewelry, art and other items are inspected and authenticated before being sold, so buyers can be sure that what they’re buying is, well, real. Additionally, the site offers its own white glove service in 18 U.S. cities where luxury managers will come to buyers’ homes, consult with them and then pick up their items. 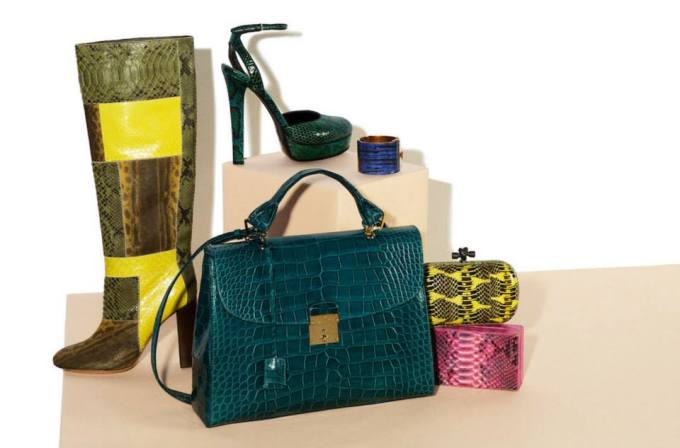 The company’s authentication process has helped to differentiate the site from several competitors and could even potentially eat away at eBay revenue in future. However, with $100 million or even $200 million in revenue rolling in, The RealReal is still a small fraction of the larger luxury goods market. Ebay, for example, reportedly sees $2 billion to $4 billion in luxury good sales annually.

The RealReal’s business model involves offering its consigners 60%-70% of the sale price, and then keeps the remaining portion for itself. The company is not yet profitable, however, but that’s what the funding round is aimed at achieving. To get there, the site will need to be able to scale more quickly – including adding new inventory at a fast and regular pace as well as turning it around and getting it sold quickly, too.

Currently,  The RealReal touts 3.5 million members, 315 employees and ships to 61 countries. To date, the site has sold 1 million items, and is expected to pay out its consigners over $100 million in 2015.

The company also notes that its fastest growing categories include men’s fashion as well as fine jewelry and watches. Previously, the site has been more female-focused so the expansions in these categories could potentially broaden its reach to new demographics, which could also encourage growth. Menswear saw 225% growth from 2013 to 2014 and is expected to see 125% growth in 2015, The RealReal states. Meanwhile, the fine jewelry and watches category grew 251% from 2013 to last year and is expected to remain roughly the same (250% growth) again this year.