There is more to mobile apps than games, and Portfolio, co-founded by TechCrunch alum Ben Schaechter, wants to upend the financial application space. The company launched its iOS application three weeks ago, and has seen quick early adoption, spurred on in part with App Store love from Apple.

Portfolio is a simple way to track the American financial markets and individual trades. The app sends you a daily update at the end of trading to mark out the larger financial swings, as well as the movements of individual companies. Now I can see how my staggering stake in AOL performs, without much effort. 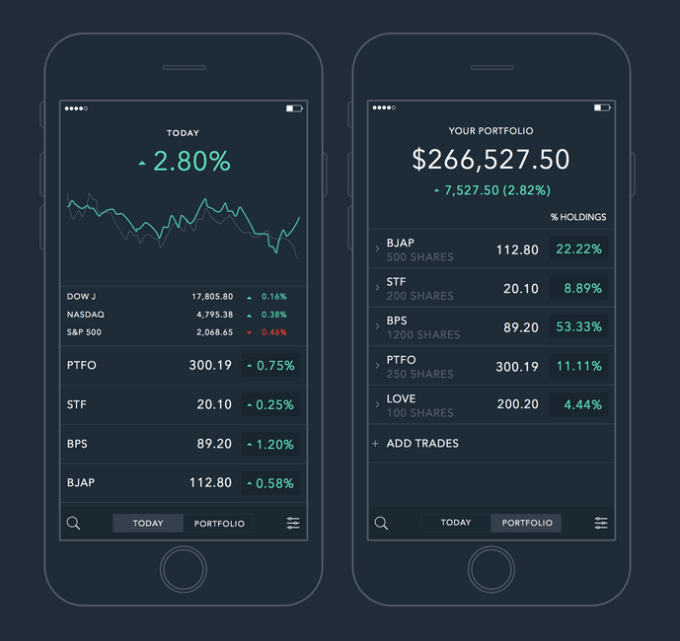 Ben worked at TechCrunch in the pre-AOL days, later founding GoPollGo, which sold to Yahoo in 2013. He left Yahoo after a spell, then founded Portfolio — presumably to track his accreted lucre.

I’ll check back in with Portfolio in a few months to see how momentum continues for the app. That, its Android plans, and how quickly it intends to engage international markets are obvious questions. Who knows, perhaps Ben will end up back at Yahoo after the purple giant snags Portfolio to help beef up its own finance app.

There is irony left in the world, after all.

FEATURED IMAGE: NAN PALERMO/FLICKR UNDER A CC BY 2.0. LICENSE