Morikawa was officially replaced by chief operating officer Takeshi Idezawa at the beginning of this month, but the transition was first announced in December.

As our sibling site TechCrunch Japan reports, C Channel is positioning itself as a combination lifestyle magazine/video site that showcases content related to fashion, food, travel, and pop culture. Each video is just one minute long, the better to capture short attention spans, and most are shot and edited by professionals. C Channel’s target audience is young women in their teens to thirties. 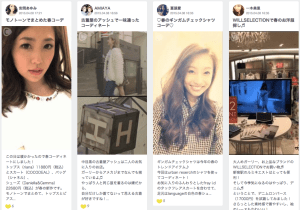 C Channel currently is online only, but plans to release an app this summer, as well as some English-language videos. The company will monetize by selling advertising as well as C Channel-branded content to other companies.

Morikawa is drawing on his past experience in broadcasting. Before heading Line, Morikawa worked at Nippon Television Network Corporation.

His decision to start his post-Line career with a video-streaming startup is interesting because that is an area the messaging app is also tackling. In February, it launched a YouTube-like service in Thailand, one of its top markets, and also invested an undisclosed amount in 3Minute, an online video production startup based in Japan.

Morikawa still serves as an advisor at Line, so that may give C Channel an opportunity to collaborate with the messaging app as Line builds its platform of services. TechCrunch has asked C Channel about potential collaborations and will update this post when we hear back from them.