Informatica was sold yesterday to private equity firm, Permira and The Canada Pension Plan Investment Board, a rather strange mix of investors. The selling price was $5.3B and published reports suggest that it might not have been Informatica’s wish to be sold.

What’s done is done, however, and the question is can this profitable company stay that way owned by a traditionally tight-fisted European private-equity firm and the investment board of a pension plan. It won’t be easy according to one analyst, who says these kinds of firms aren’t known for showering cash on their investments.

As for the buyers, they saw a good deal, from a solid company and they are happy to have won the bidding process.

Informatica has a lot going for it. According to a  source familiar with one of the purchasers, the company offers billion dollar opportunities in four market categories including master data management (MDM), cloud, data security and big data.

But new owners could bring all kinds of changes to the company as it transitions from public company to private one, and while they will no longer be under the pressure of those quarterly reports, they could face a different set of pressures from private equity owners looking for a solid return on their investment.

Why The Deal Went Down

Informatica went public in 1999, so we are talking about a company that has been around the block a few times, but according to multiple reports including one in yesterday’s Wall Street Journal, when Elliott Management Corp acquired 8 percent of the company stock earlier this year, it began making demands on Informatica management.

“The hedge fund said then that it saw the company as “significantly undervalued” and that it had initiated talks with Informatica’s management and board regarding “steps to maximize shareholder value.” Elliott said in February that it had lifted its stake to 9.4%, after exercising options,” according the WSJ article.

Bottom line though is that this was a healthy company and Elliot appeared to be looking to make a quick return.

The firm has posted regular revenue growth, and its profits from regular operations have expanded admirably. The company also sports a strong cash position. In other words, all is well on the good ship Informatica. 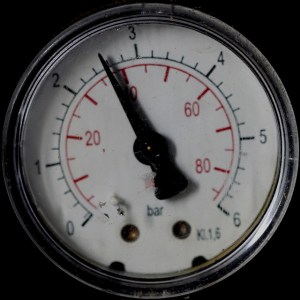 That is precisely why it was a prime takeover target. Consider the following: Informatica is a profitable, cash-generating company that is currently working to convert its customers into subscription clients, a move that leaves behind its roots of selling product on a single-sale basis. The analogs are obvious: Adobe and Microsoft are pulling off the same metamorphosis. Those firms are also a multiple, or several, more expensive than Informatica.

And so Informatica is at once a functional bet for SaaS itself, and also a proven profit source. If you are looking to buy a firm, burden it with debt, and then take large dividends for yourself, it is an obvious choice. The $5.3 billion price tag is not cheap, but the acquiring firms must have an idea of how it will extract its pound of dollar.

If the raiding parties can manage to not plunder the business itself, there are recent historical parallels that returned to IPO again. No, I don’t mean Dell’s reverse flotation, I’m referring instead to the recent GoDaddy offering. That firm was purchased, and later shot to the public markets with an enjoyable first-day pop. GoDaddy has significant debt, and plenty of recurring losses, even as they are slowing over time. The market still welcomed the public offering.

The direct implication is that Informatica can take a hit, and still make it back to being public after its new owners have sufficiently reduced its working capital and functional cash flows for their own benefit. Such is business.

A Tough Road Ahead

At least one industry watcher thinks this is exactly what will happen. R Ray Wang, who is founder and principal at Constellation Research, says while the company has a good valuation and solid products in its favor, being purchased by private equity companies could come with some baggage.

“When you are acquired by a European private equity firm you are operating with one or  two hands tied behind your back,” he said. His concern is that well-funded Silicon Valley startups are going to eat its lunch, while the P/E firm owners tightly control the bottom line.

“When you are competing with Valley-funded startups who are allowed to lose money to grow market share and drive user adoption, you end up losing in the market,” Wang said.

Permira would not comment on the record, but a source close to the company told TechCrunch Informatica had tremendous potential or it wouldn’t have bought it. Similarly, the Canada Pension Plan Investment Board knew a good deal when it saw it.

“This transaction represents an excellent opportunity to acquire a market-leading enterprise data integration solutions provider alongside a strong partner with significant investing experience in the technology sector,” a CPPIB spokesperson told TechCrunch by email.

As for the company itself, it didn’t want to comment on the record and referred me to the press release. If you read between the lines, Informatica was sold because it had to, and it gave its investors what it wanted.

“After careful consideration and deliberation of strategic alternatives, our Board of Directors unanimously concluded that the sale of Informatica to the Permira funds and CPPIB is in the best interest of all Informatica stakeholders,” said Sohaib Abbasi, chairman and chief executive officer, Informatica, said in a statement.

Well, there you have it. It was in the best interest of…the stakeholders.

The source close to Permira who chose not to be identified told TechCrunch, the company had some pretty lofty goals for its new investment, perhaps giving some credence to what Wang predicted will happen.

“The goal is to double the revenues for the life of the investment period. Permira has a long track record [in this regard]. One company, Genesys, which Permira bought from Alcatel in 2012, has had revenues increase from $550M at closing to over $900M. That’s been achieved under Permira’s ownership. That’s the goal, to significantly increase revenues and boost sales,” this person said.

Meanwhile, CPPIB also is in it to win it. “We believe the company is well positioned for growth that will ultimately contribute to the growth of the CPP Fund which provides pensions for 18 million contributors and beneficiaries in Canada,” CPPIB spokesperson said.

If Wang is right, and all signs suggest he could be, the company faces a difficult road ahead in which it is given fewer resources, and where more and more is demanded of it to feed the investor overlords. It might not have wished for this outcome, but like it or not, that’s where it stands. Against this backdrop, Informatica needs to find ways to compete with lean well-funded Silicon Valley startups going forward, while maximizing profits for its owners.

It’s going to be a challenge.