You might not have heard of Hudl, but it’s how 100,000 sports teams spent $30 million last year to review game tape on mobile. Hudl never raised institutional funding since starting in 2006, but it’s quietly amassed 1 billion video clips and 3.5 million users across 40 countries. Now it’s ready to trounce its competitors with a jaw-dropping $72.5 million round of funding led by Accel that will pay for more sales reps so it can sign up as many teams as possible.

You’d be forgiven for wondering how Hudl isn’t just a niche business. How many teams are really recording game tape to be annotated by coaches and shared with players? Well, since the rise of mobile, the answer is basically all of them, from pros in the NFL and NBA down through college, high school and even little league sports teams.

And they pay. Hudl charges around $1,400 a year per high school and college team. That allowed it to build a software-as-a-service business that won $30 million in revenue in 2014. 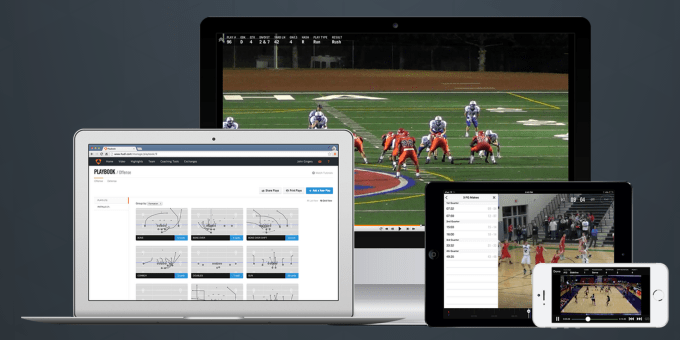 So what exactly does Hudl do? Coaches can use it to either record or upload video tape of games and practices that can be viewed by all their players on mobile. That used to be quite difficult, especially when teams were traveling. Coaches can add text, drawing and audio annotations to Hudl videos to teach players what they did right and wrong.

Hudl players can then cobble together highlight videos of their play that they can openly host on their Hudl profile for fans to watch, post to social networks, or instantly send to recruiters. Hudl does it all, from football, baseball, and basketball, to tennis, golf, and volleyball, to water skiing, snowboarding, and bobsledding.

Hudl CEO David Graff tells me most serious high school athletes now list their Hudl link on their Twitter profile. There have been a slew of success stories of otherwise little-known players who got big offers to play at top schools thanks to Hudl.

Fotu Leiato, for example, went to Washington’s Steilacoom High School and was looking at D3 football programs when his Hudl highlight video went viral. It showed him utterly destroying opponents while blocking for kick returns. Suddenly Leiato had offers from UCLA and Michigan State before going to play for powerhouse D1 team University Of Oregon.

It’s these kinds of videos that represent Hudl’s next big revenue stream. It’s now running video pre-roll ads on its most popular clips, and licensing them out to news outlets like ESPN and Bleacher Report. 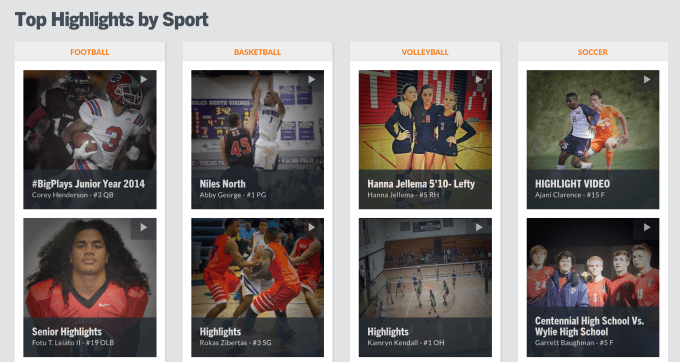 Started by Graff and his University Of Nebraska-Lincoln buddies John Wirtz and Brian Kaiser, Hudl raised an early $3 million seed round from angel investors back around 2008. After starting with just a few teams, it quickly became profitable, leading it to forgo additional funding or much press.

Now it’s grown to 230 employees across four offices, and has made several acquisitions to break into new markets, like UberSense to support individual athletes like runners and weight lifters, and ReplayAnalysis to pick up English football premiership clubs.

Now with the new $72.5 million from Accel, Nelnet, and former Microsoft Business president Jeff Raikes, it plans to have enough money in the bank to “be opportunistic about making acquisitions” of competitors, Graff tells me.

There are plenty of startups crowding the paint, though, like XOS for the NFL, Sportstec for the NBA, and Krossover for high school teams. With mobile democratizing video recording, all these companies have been in a fierce sales war. But Hudl is bringing in a ringer with Accel and its funding. Graff says “Accel stood out in having a track record of companies they’ve helped succeed through this scaling stage.” I’ll spare you the cliché “on steroids” metaphor, but the funding could rapidly accelerate Hudl’s growth.

Down the line, Graff says he’d be willing to take Hudl public if it makes sense, or run it as a private business, though he insists it’s “not looking to be acquired.” Hudl never started as a money-maker anyways. Graff concludes, “My two biggest areas of passion are sports and technology. I don’t think I could find a better fit.”