This isn’t the worst week. That slot remains filled by the Vegas confab that shall not be named. But be prepared for the next bit to be bored by trivial jokes, written by committee, and then signed off on by PR teams to ensure that any soul that might have been present in the words has been ground out and left to die.

To wit, this from the Microsoft Australia crew: 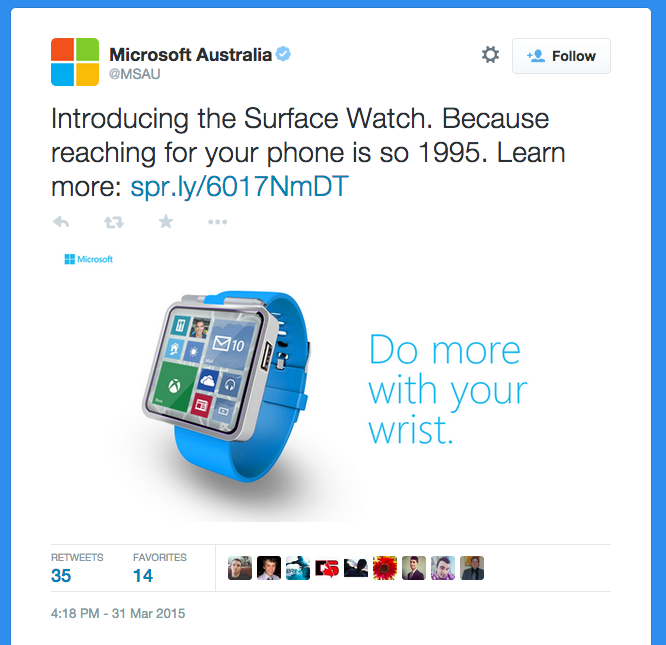 I honestly don’t get it! Phones are 1995? Microsoft just spent billions to buy phone hardware assets. Watches are better than phones? What company makes a watch? Hint: It’s not Microsoft. The joke appears to contain either market-losing sums of self-deprecation or zero humor. Or both, now that I think about it.

I am not funny. You might not be funny, either. But I can promise you that any committee is less funny than you and I combined to the negative second power.

If you are a #brand, don’t be #funny. Because you aren’t.