Data analysis often involves looking at a large set of pretty uniform, well-structured data. But as companies continue to gather more electronic documents in all kinds of forms (and formats), those traditional techniques don’t work anymore. Companies like Palantir and IBM (with Watson) are now making it easier for data scientists and technical users to query unstructured textual information and the newest player in this field is Sensai, which is officially coming out of stealth and launching today.

The company also today announced that it has raised $900,000 in seed funding from Andreessen Horowitz, Formation8, Chris Kelly, ValueStream Labs and others. The company got its start at big data incubator Data Elite and plans to raise a Series A round later this year. 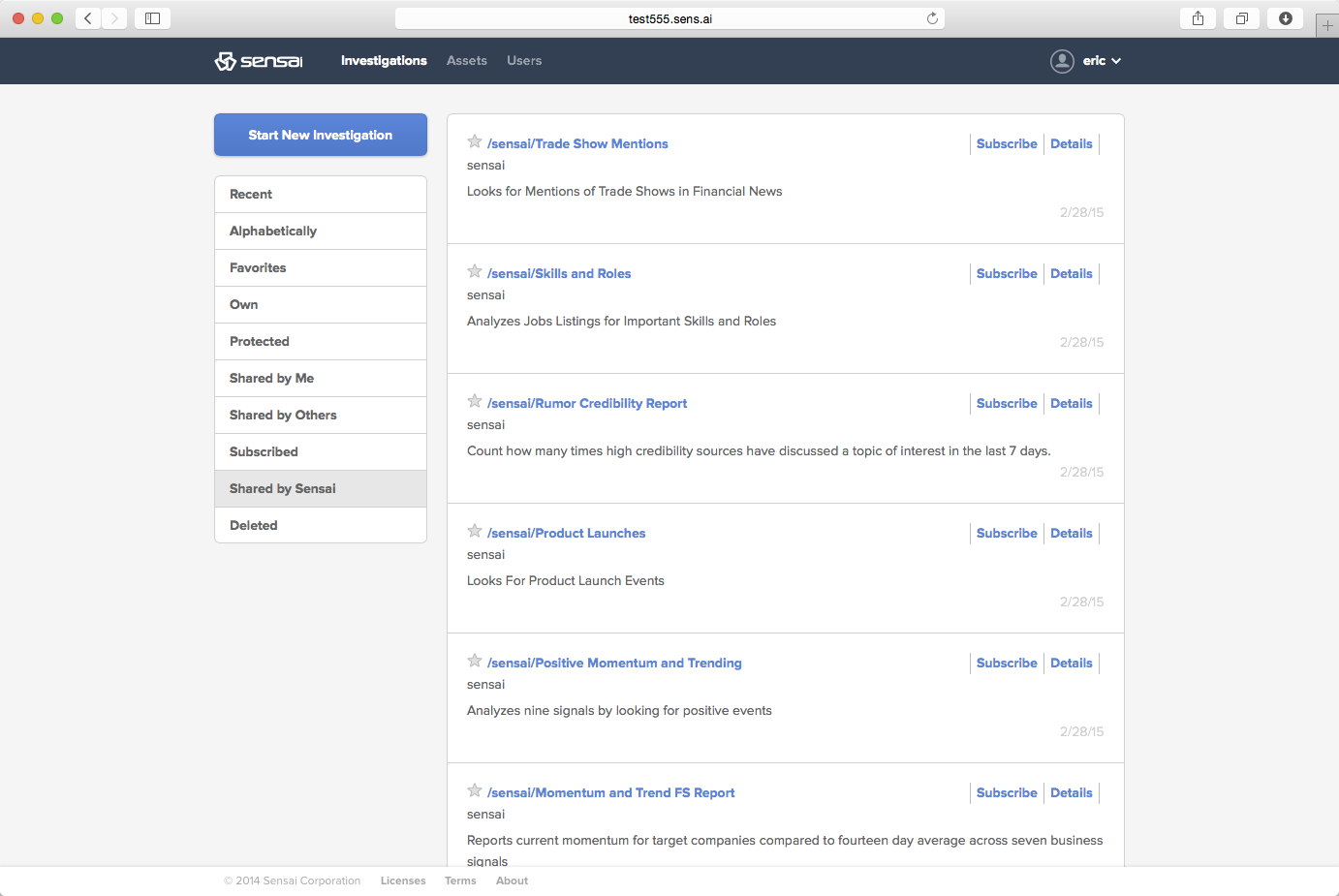 Sensai says it will beat its competitors on price (subscriptions start at about $5,000 per month but can be customized based on customers’ needs), but also by making it easier for data scientists to use it (even when they are not “hard core,” as the company points out). Unlike other platforms, Sensai is also focused on unstructured data and argues that most other players “are only dealing with proprietary, structured (more perfect) data.”

Once a user has set up a query (which can pull data from internal files, social media, articles on the web and a library of over 500 million public documents), the results appear in a real-time dashboard, but the service can also generate custom reports and surface results through an API. Sensai can be hosted in the cloud or deployed on premise.

The company says it uses a number of artificial intelligence and deep learning techniques to power its service. This, it says, allows its results to be extremely accurate, and its system constantly learns about what works best for a customer and improves its results accordingly.

Without actually using the system, it’s impossible to know if these claims hold true, but Sensai has already signed up Siemens, the financial services company UBS, and asset management firm WorldQuant as early customers. Siemens is using the service for IT auditing while UBS is using it for its Evidence Lab surveys. 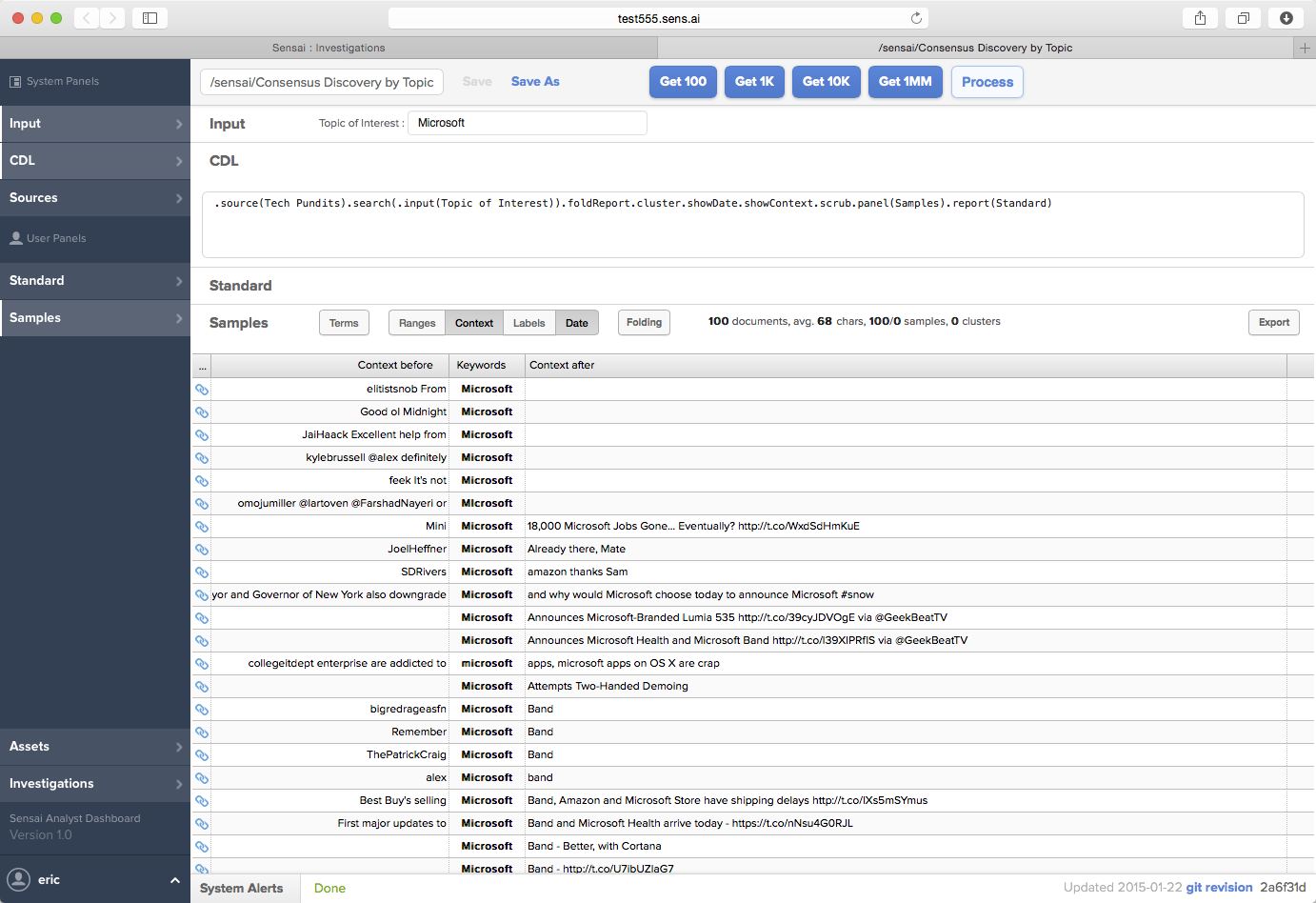