DroneDeploy is on a mission to make drones accessible to industrial users who have a business need for conducting outdoor landscape mapping and monitoring. So, in other words, it wants drones to be put to work by people other than enthusiastic dorks with a gadget habit — doing tasks like helping farmers spot crop damage and disease.

It’s doing this by making a software as a service platform that makes controlling and managing UAVs much easier than it otherwise is — via a simplified web app interface or iOS and Android mobile apps. The DroneDeploy platform autonomously pilots the drone for the user so they don’t have to learn how to do it themselves.

As well as doing the mapping, DroneDeploy’s cloud platform also takes care of the data processing to speed up the entire operation — delivering processed data back to the user in real-time and in an easily shareable format so they can act on the drone-delivered intel, rather than having to wrangle with the tech itself.

“That’s kind of the dirty secret of drones,” says co-founder and CEO Mike Winn. “People say I’ve got this amazing flying machine, it’s got four rotors, and it flies, and it’s cool and look it can product a 3D model, or it can produce a growth map of your fields — but no one talks about that space in between. How do you get that drone to actually make that growth map of your fields? It takes 50 to 70 clicks. Most of the time you must have a Windows laptop. You need to buy $8,000 pieces of software. It’s going to take 24 hours of processing time to actually make those images into the map that you’re looking for.

“We hide all that complexity. You just take out your mobile phone, you turn on your drone, you press two buttons on your phone, the drone will launch it’ll capture the imagery, it’ll process that imagery and it’ll deliver you back that imagery, that map or that 3D model in a matter of minutes.”

The core feature offered by DroneDeploy at this point is tailored to its current customer focus of farmers, construction companies and mining companies: namely aerial imagery used for photogrammetry. So it can offer mapping and 3D modeling of large areas (of hundreds of acres) and provide volumetric estimates.

More features will come down the line. “We’re just at the beginning,” says Winn. “Now we can get a drone to go and fly and create data autonomously. And we can do it in the way that anyone can do it. The next step is to start processing that data and going one level deeper where we can automatically detect change.

“[In future] we can tell construction sites what’s happened in a day. We can start to do things like automatically tell rail companies there’s an obstruction in the path of the railway line. So right now we’ve started on the first thing, which is giving the data, but there’s so much more that we can do. And because all of the software that we’ve created is in the cloud it gives us infinite resources to be able to process that and do some really exciting computer science to figure out what’s happening, what’s changing in the world and how do we help businesses with this data.”

DroneDeploy’s SaaS product starts at $99 per month, and is just exiting beta now (initially focused on the U.S. market) — as the startup announces a $9 million Series A round, led by Emergence Capital. It had previously raised a $2 million seed back in 2013, including from SoftTech, Data Collective and AngelPad. Those prior investors are participating in its Series A. While Emergence Capital general partner Kevin Spain is also joining DroneDeploy’s board.

Also today, it’s announcing a partnership with drone maker DJI, which Winn says “opens up the market in a huge way” for its SaaS platform. He estimates DJI has between 60% and 70% drone marketshare. Other drones are supported, including 3DR drones — “up to 10%” marketshare in his estimate. “So we have by far the majority of the market being able to use our products,” he adds.

The majority of DroneDeploy’s beta customers thus far have been farmers. “They can get value out of this immediately,” says Winn, noting that thousands of aces of corn does not make for the easiest terrain to monitor on foot.

“How do they know what’s going on? Now they can just fly a drone over and they’ve very quickly able to establish what’s going on. They might have had hail damage from rain, or some disease or infestation cropping up. For the first time they can actually run these flights daily if they want to. Get this data immediately and start taking action.”

Drones can even be used to judge crop health by monitoring how fast plants are growing — using infrared cameras.

What will the startup be using the new funding for? Scaling up to meet what it hopes will be strong demand from a range of industries, says Winn, and also starting to build out those additional “powerful features” atop the data it’s collecting to take the SaaS platform to the next level (as it were).

As DroneDeploy launches out of beta, drone and satellite related investments are generally on an uptick — as you’d expect for what remains a relatively nascent space, outside military use-cases — running at $188 million across 22 venture rounds for this year so far, according to CrunchBase data. Last year the category pulled in $153 million in total in 63 venture rounds. 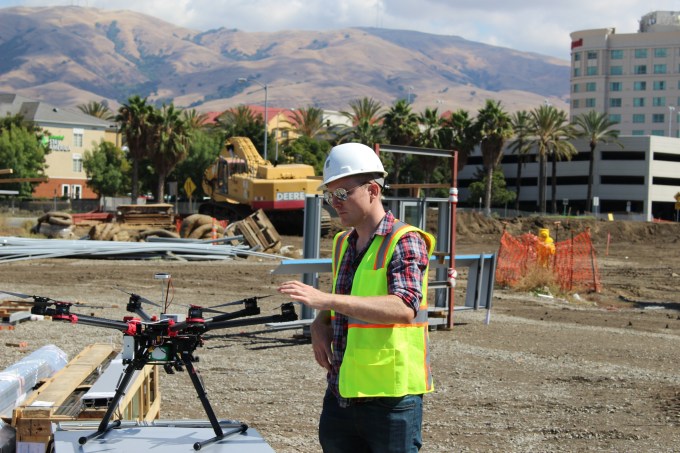