The trend toward anonymous social applications may be on the downswing for some, but others believe there’s still a place for online discussions where users don’t have to reveal their real identity. Case in point: Cloaq, the anonymous app where users never had to provide an identifying piece of information, like a phone number or email, is today launching out of beta with a new twist. Instead of only socializing around user-generated content, the startup is now allowing users to have anonymous discussions about news articles as well.

While the earlier feature set is not going away – users can still post their own discussion topics, thoughts and questions and engage with others behind their Cloaq codename – the app has now added a new section called “Summit,” which allows you to discover, read and comment on news stories from around the web, without having to reveal your personal information.

As someone who has worked on the web for some time, the idea of actually inviting anonymous commenting in an era where online trolling seems to be getting worse, not better, is concerning. History has shown us, repeatedly, that once users are no longer accountable for what they have to say, they can express some pretty terrible things. And anonymous comments that trail the end of news articles are usually not insightful or thoughtful, to put it mildly.

That being said, the web has managed to foster a few communities of note where “handles” instead of identities still prove popular. Reddit, for example, allows you to discuss and share links, thoughts, photos and more, while Tumblr users are able to pursue their own passions on a blog site that doesn’t require them to be identified by name. This is the subset of online communities where Cloaq is aiming to fit in, it seems. 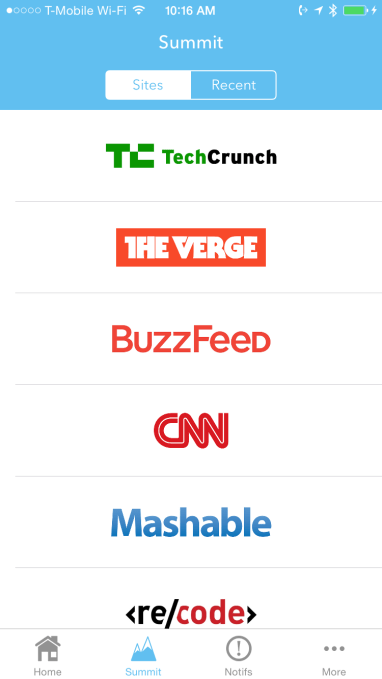 But what makes Cloaq different from a number of sites is that it doesn’t require you to enter in a personally identifiable piece of information when you create your account. Instead, users are given a profile user name like “beta1234” and then just have to remember their password. There’s no reset option because Cloaq doesn’t have a way to reach you.

In the new app that’s launching now, there’s only a small selection of news sites listed, and they’re largely tech-focused sites outside of CNN, Mashable and The Huffington Post. But, explains Cloaq’s co-founder Daniel McCarthy, even with a small number of sites, there’s more news than any one person could sift through on a daily basis. Rather, the idea is not to consume all the content the way you would if Cloaq were an RSS reader, but instead discover the content users are reacting to by seeing the comments on those posts show up in the feeds throughout the app. 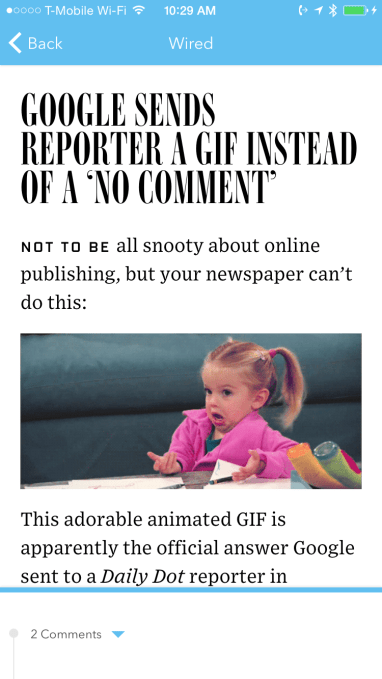 He says that more sites will be added over the next week or two, now that the app is live. “We are also working on a more complex system that categorizes them better, so that users will eventually be able to recommend, and even add their own sites,” McCarthy notes.

Asked why the startup shifted its focused away from an app where users only created and shared their own content, the founder says that it was a reflection of the activity they saw already taking place within Cloaq. The app had never exited its private beta, actually, and only had a test base of a few thousand users. But those users tended to be more engaged when commenting or reacting to other posts, instead of creating their own.

“Users were sort of doing this on their own, posting links and starting discussion threads about them,” says McCarthy. “We wanted to make that super easy for them to do, and really facilitate not only discussion, but also make it super easy for people to find interesting things to talk about.” 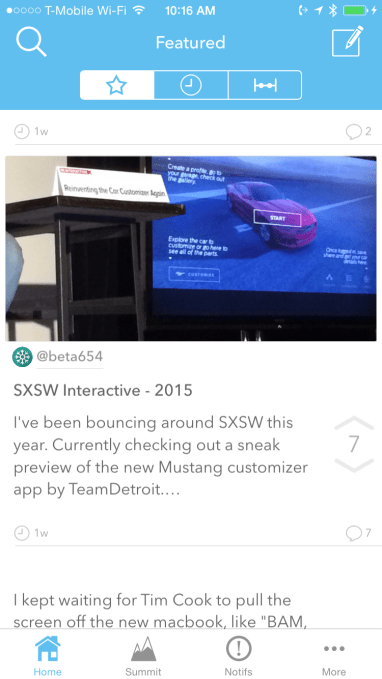 The idea to build a community for the purpose of discussing links where identity was not the primary focus has been done before – for example, with the mobile app Potluck, whose team was later acquired by Facebook, had built a news-sharing service of its own, but it was not anonymous. It just de-emphasized social identities.

If Cloaq ends up attracting an audience – which may be hard to do given that most today like to get their news from larger social media services, like Facebook, Twitter and even Snapchat – it will need to have a good anti-abuse system in place.