Teabox, an India-based company that sells tea online to a global audience, has brewed up a fresh $6 million funding round to grow its business in key overseas markets.

The company raised a $1 million seed round from Accel last March. JAFCO Asia lead this Series A round, with participation from Accel and new investors Keystone Group and Dragoneer Investment Group.

To refresh those who missed the seed round, just like a good cuppa, Teabox is an online store that sells tea to customers in 75 countries. It works directly with over 200 plantations in India and Nepal, with its own storage facilities near to plantations. It handles distribution, supply, storage and logistics itself, that’s an arrangement that drastically speeds up the time taken for tea to reach customers. Traditionally the process takes months given the long chain of players involved in picking, sampling selling, stocking etc. Teabox claims its time between order and delivery is a week or less.

Teabox was founded in 2012 by Kaushal Dugar, whose family has been in the tea industry for generations. Returning home from a stint with KPMG in Singapore, Dugar spent 18 months at a tea export firm to familiarize himself with the logistics behind the drink he loves, before starting the company. 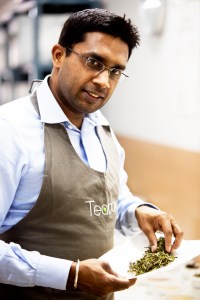 It began life in Siliguri in North East India, but today Teabox has an office in Bangalore and a fulfillment center in Russia, which become a key market early on.

Dugar told TechCrunch in an interview that his intent is to replicate that model and open centers in China, Japan, and Korea.

That, he said, will enable delivery to customers there within three to five days of their order, and provide better, localized customer support.

Teabox is also considering an office in the U.S.. The location of that is still up for discussion — Chicago, Seattle and San Francisco are the early frontrunners — but the goal is to build a brand and tech platform to better service the American market.

The wheels are already in motion, and an exec from a top coffee brand in the U.S. has been lured to lead Teabox’s efforts Stateside.

“We want to leverage the internet to build the world’s first vertically integrated tea e-commerce service,” Dugar said. “[This funding round will] lets us go to the next level; build a disruptive team, target new markets and build a global brand.”

It’s an audacious target, to be sure. Teabox didn’t disclose user numbers, but it claimed its orders have grown 10x over the past year with 20 million cups (around 40,000 kg) shipped to date. Last year, that figure was at 5 million cups.

Already there are elements required to stand out. Its direct access to plantations — and thus lack of middle men in its processes — gives Teabox impressive margins on the business side of things. Dugar didn’t provide specific financial figures, but did say the margins are in the “higher double digits, more than 50 percent” — that’s high enough to make Teabox the most profitable e-commerce business in India, he claimed. (An impressive claim given the rate in which Flipkart and Snapdeal are burning through cash.)

Dugar said the business could be made profitable tomorrow, if needed, but it is taking funding to scale more aggressively and vie for a larger slice of the global tea business, which he roughly estimated to be worth $40-60 billion per year.

Interestingly, Robert M. Bass, President of Keystone, first found out about Teabox by becoming a customer, and the startup’s other investors are equally as bullish.

While he didn’t divulge Teabox’s secret sauce, I was curious to know the optimal time for consuming tea. Dugar revealed that all Teabox leaves are kept inside one of its cold storage facilities within 48 hours of being picked from the plantation. That, he said, keeps them as fresh six months down the road as it would be the next day.

I was hoping for a more precise answer that will shape my tea drinking habits, but that set-up works out nicely for Teabox customers, who are getting a fresher product for their money. And without being constrained to whatever is stacked on their local supermarket’s shelves. 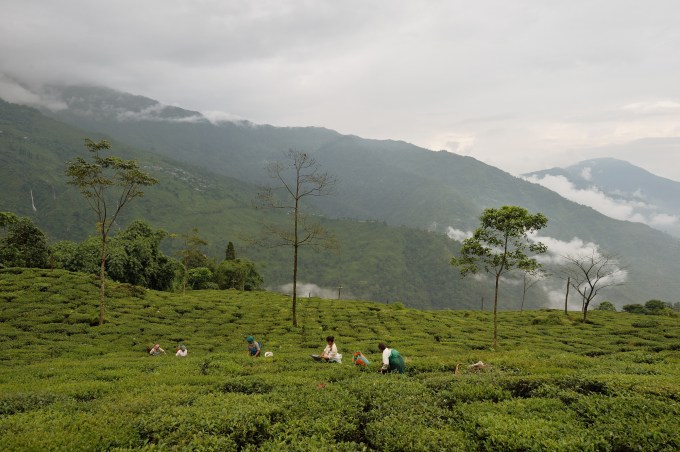