The new technology was described in detail as a tentpole feature of the upcoming MacBook, which ships on April 10, but its use in the 13-inch Retina MacBook Pro, which is available now, represents both the first opportunity for testing beyond a quick hands-on, and a sign that Apple likely wants to make this the default trackpad tech across its lineup in the future.

First of all, I want to clarify that it does feel different from Apple’s previous mechanically clicking trackpad design. While at the event, in the brief hands-on experience, I missed the subtle differences between the two, but you can definitely tell when you’re using the new Force Touch trackpad vs. the old one. That said, the experience of using the new one still absolutely feels like a mechanical click, even though no such click is actually taking place, and it is mind-boggling. 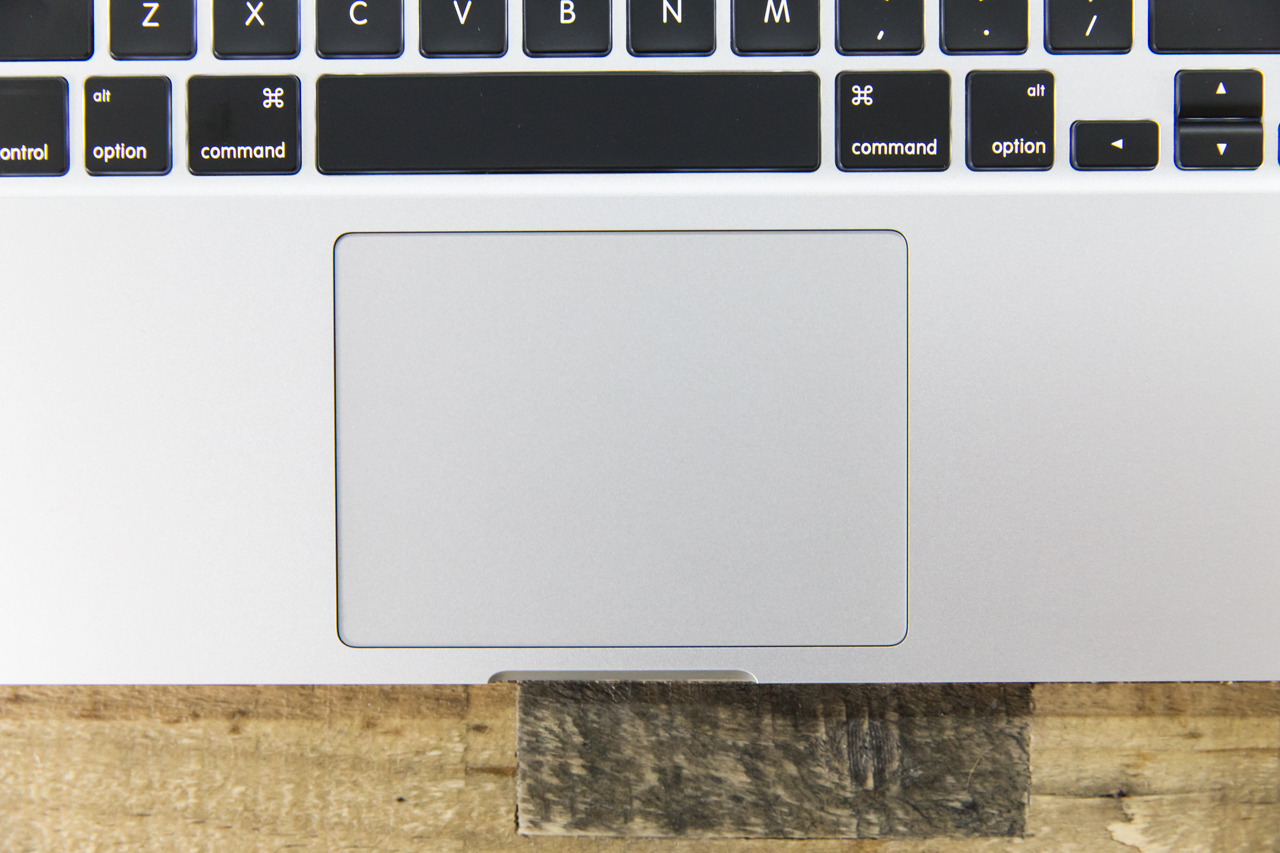 The Force Touch trackpad, in case you haven’t heard, has a software-defined, user-controlled “click” effect designed to mimic the physical and tactile sensation of the previous mechanical model. But whereas Apple’s previous trackpad design had actual downward travel, this one doesn’t budge – what you’re feeling is instead a combination of haptic feedback driven by Apple’s new ‘taptic’ engine, which uses micro-vibrations to simulate movement, and sound produced to recreate the ‘click’ you hear when you press a MacBook’s trackpad.

Force Touch tech not only saves Apple crucial space inside the MacBook’s overall case, it also offers new features to developers and end-users. A secondary, deeper press (which is easy to identify for users thanks to tactic feedback) provides a quick way to look up dictionary definitions, map directions, and much more. You can also tweak the response of the Force Touch trackpad to feel either more or less clicky depending on your preference. And developers can leverage the pressure sensitivity added to the input surface for writing and drawing applications.

So far, those features are best experienced in Apple’s native Preview app, where they can let you vary line width when writing your signature or when using the marker tool to annotate PDFs. This doesn’t fully reveal how it might be used in more sensitive, detail-oriented drawing applications, but it at least shows that there is pressure-sensitive input available for devs to leverage. Trying it out with a Wacom Bamboo iPad stylus also generated promising results, which is good news for graphics pros looking for a quick input solution on the go.

As you can see from the video above, the three settings offer a range of different audio feedback, and using it on the lowest setting will be most comfortable for those who are used to using “tap to click” instead of physically pressing the keypad on current models. The bottom line is, though, that each of these settings still feels miles beyond trackpads on non-Apple notebooks, and the new input device will completely fool your brain into thinking it’s an actual, moving clicking button. Apple’s move away from physical trackpads seems to have only upside at this point in my testing.