A few months ago, Opera (re-)introduced cross-platform bookmark syncing in its beta applications for the desktop and Android. Today, it’s launching this feature into its stable channel for desktop, Android and iOS.

When Opera moved to WebKit in 2013, it gained a couple of new features, but it also lost quite a few more. The company always said that it would bring most of these back, though. One of these features that went AWOL in 2013 was bookmark syncing through what Opera called its Opera Link service at the time. 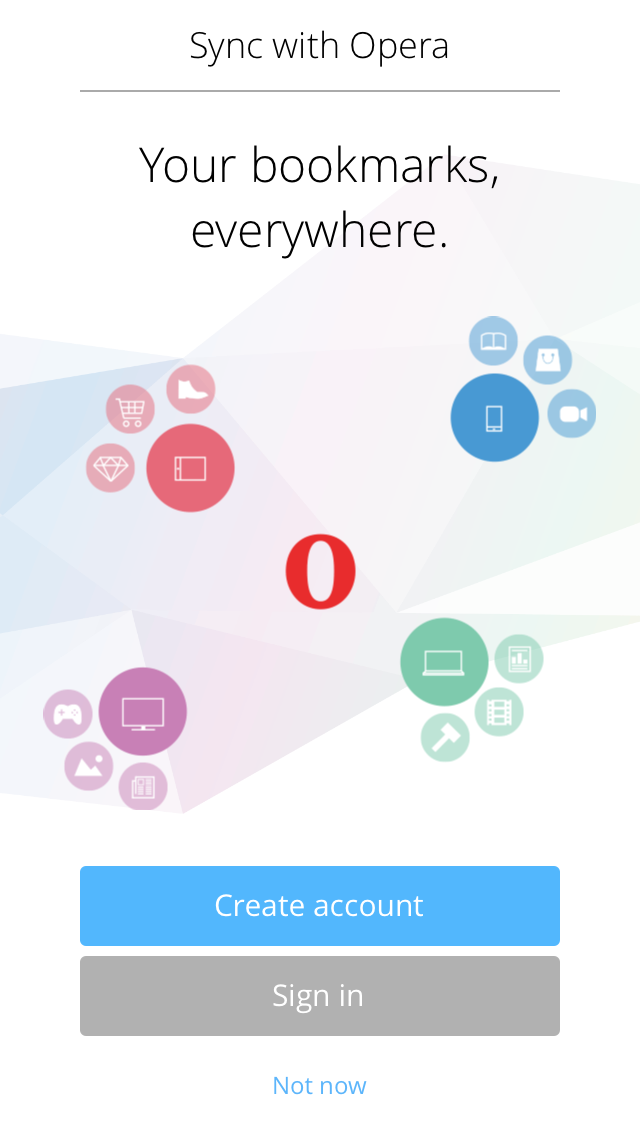 There are no major surprises in this new Opera bookmark syncing tool. You simply head to the settings menu, enter your Opera account credentials (or create a new one), and you’re ready to go.

Its research shows that the kind of content people consume in their browsers doesn’t differ much between the desktop and mobile, “which is why we believe it’s important for users to have their bookmarks at their fingertips,” an Opera spokesperson noted in an email.

At the end of the day, users expect their bookmarks to remain in sync between different platforms. That’s one area where Firefox, for example, is lagging behind, simply because it still doesn’t have a presence on iOS. Ideally, when I use the same browser on the desktop and mobile, it want it to sync bookmarks, but also passwords and settings. Opera doesn’t quite do all of that yet, but bookmarks are a good start.