This is no sidekick. It’s not merely a companion. The Apple Watch completely eliminates the need to pull out your phone in many situations. That was the theme of today’s launch event.

This isn’t just another screen for your notifications. Yes, Apple Watch is time, saved. But Apple Watch is also things done. Hail and find your Uber. Browse and Like Instagram photos. Reply to WeChat messages. Take phone calls with its mic and speaker.

Until now, the perception of smartwatches was that they were merely companions to phones. You might get lightweight alerts and take basic actions from a wearable, but would have to pull out your phone to do anything substantial.

But Apple wants what’s on your arm to do the heavy lifting. That could defeat the top criticism I’ve heard of smartwatches: Our lives are complicated enough.

Many people already feel completely overwhelmed by technology. Ever-present screens, mountains of email, tablets and smart TVs crowding our view, and most annoyingly, the non-stop barrage of notifications and other reasons to pull out your phone.

Some tech enthusiasts were eager for a faster way to parse notifications, hence the rise of the Pebble. But having to bobble functionality between a phone and smartwatch made the issue sound worse, not better. 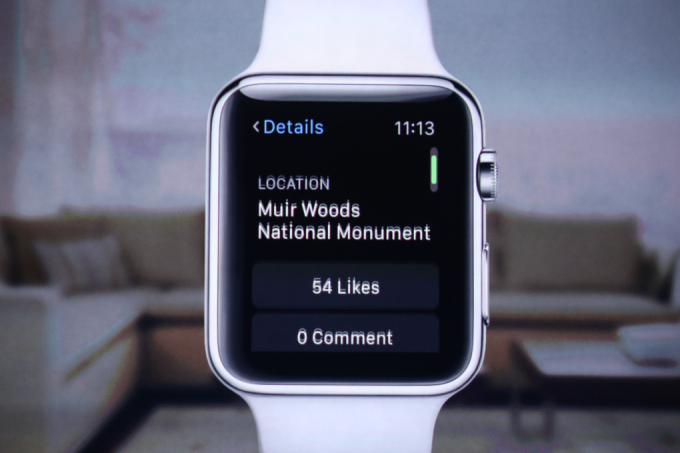 With the Watch apps shown on stage today, Apple made it clear that you won’t have to learn to juggle.

Your iPhone is still the brain, the transmitter, and the App Store portal for your Watch. You can’t ditch it completely. But when the Watch is doing its job right, your phone is firmly lodged in your pants or purse, not your hand. Seconds wasted opening it are now spent experiencing real life. With the help of the Apple Watch, we can wrestle control of our lives back from our phones.

And that aligns this new device with the philosophy Steve Jobs set forth for Apple years ago when he said “Man is the creator of change in this world. As such he should be above systems and structures, and not subordinate to them.”