Almost a decade ago, Facebook’s chief product officer Chris Cox (pictured above) started playing weddings with a reggae band out of East Palo Alto. At the time, the company had barely launched beyond college campuses and Cox had just finished Stanford.

East Palo Alto, in contrast, is this community that sits right across the Highway 101 from Palo Alto, the originally home city of Silicon Valley which gave rise to iconic companies like Hewlett-Packard, VMWare, Tesla and Facebook itself.

Unlike its neighbor to the west, East Palo Alto has double the unemployment rate and one-third of its residents lack more than a high school diploma. As I wrote about last month in a very long and through history, a lot of this has to do with unjust land-use and local government policies from the past 70 years.

Today, Facebook’s headquarters sits right on the Menlo Park and East Palo Alto border, and the city has shifted toward a Latino majority from its historically black roots. It is one of the last bastions of affordable housing on the peninsula.

As Facebook rocketed toward a multi-billion dollar IPO, Cox stayed involved in East Palo Alto. When one of his bandmates, Justin Phipps, partnered with other community leaders to teach music and college readiness to children in after school programs a few years ago, Cox helped them pay for space and a studio in a house that used to be a Black Power elementary school in the 1970s.

“It started from my musical relationship with him,” Phipps said. “But now it’s been cemented into an actual partnership with the community.”

Cox has never been very public about his commitments, but now he’s giving $1 million to Phipps’ organization Live in Peace.

“This is something that we wanted to announce to shine a light on philanthropy that is local,” said Cox.

Cox is aware that one million dollars isn’t enough to address the city’s mounting challenges with affordable housing and gentrification, but he’s worked with Live in Peace for so many years that he knows they provide something valuable to the city.

“It’s very hard because it’s so pressurized and it’s such a big problem. I don’t pretend that this is the whole solution to everything,” Cox said. “But when you find something where you know the people are good and the organization is good, paying attention to that is the right thing to do even without knowing the whole answer.”

With Stanford students Shadi Barhoumi and Rafael Cosman, Live in Peace recently opened Streetcode Academy, which teaches programming, mobile app development and Arduino to students at the campus of an old remedial school.

It’s a holistic approach. If you ever visit on one of their hack days (and I have several times), there are kids playing basketball, beatboxing and working on hardware.

“There is this idea that all these young kids need is technical training,” said Olatunde Sobomehin. “But what has been missed or is really difficult to grasp is that Live in Peace is more than these coding classes. It’s this whole other spirit and energy.”

Phipps, Sobomehin and Heather Starnes, another community leader who has been involved in East Palo Alto for almost 30 years, are using the money to pay for staff and teaching salaries so Live in Peace can continue to offer free music and technical education to youth in the city.

Cox’s donation comes at a time when other young tech leaders are trying to figure out how to deploy their wealth in a philanthropic way. The Silicon Valley Community Foundation, which houses some of Mark Zuckerberg’s charitable funds, has ballooned in size, growing from $4.7 billion in holdings at the end of 2013 to $6.5 billion at the end of last year. This was in part because other moguls like Whatsapp founder Jan Koum and GoPro CEO Nicholas Woodman have established donor-advised funds there. (Donor-advised funds are vehicles for permanently setting aside capital for philanthropy when you’re younger, even if you don’t know exactly what you want to commit it towards.)

While Cox is emphasizing his local giving, other tech leaders need to find their own way.

“I don’t want to criticize anybody,” he said. “People need to take their time to figure it out. Anybody who makes a lot of money suddenly inherits a responsibility to give it away and everybody has to find their own path to doing that.” 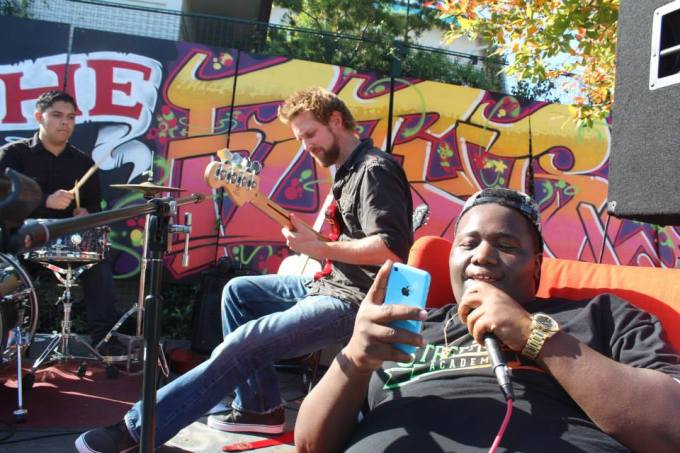