It’s just four days in and Artiphon INSTRUMENT 1, the electronic device that can become almost any instrument you want it to be has already surpassed its Kickstarter goal by almost $250,000.

The Artiphon INSTRUMENT 1 allows you to play hundreds of instruments on one device in a number of different ways using an iPhone as the controller. Not only can you play piano, violin, guitar or loop beats as a DJ, you can also mix up the way you play those instruments. You can play the guitar with the sounds of piano keys or play the piano with the sounds of a banjo, for instance.

Artiphon is also creating a companion app so that you can literally program the device to become any instrument you want it to be. “Any number of combinations can be used,” said founder Mike Butera.

The idea for the Artiphon INSTRUMENT 1 came about one day while Butera was on the road with his band.

“I was carrying a viola, cello, guitar, an electric guitar, all these instruments and it was hard to lug all that around. I got to thinking about GarageBand. It can sound like anything because it’s software. I wanted something like that to exist as an instrument,” he said.

It just so happens that Butera also holds a PhD in sound studies and was a product developer for stereo systems at the time – technical skills that enabled him to dream up what this sort of instrument would look like. 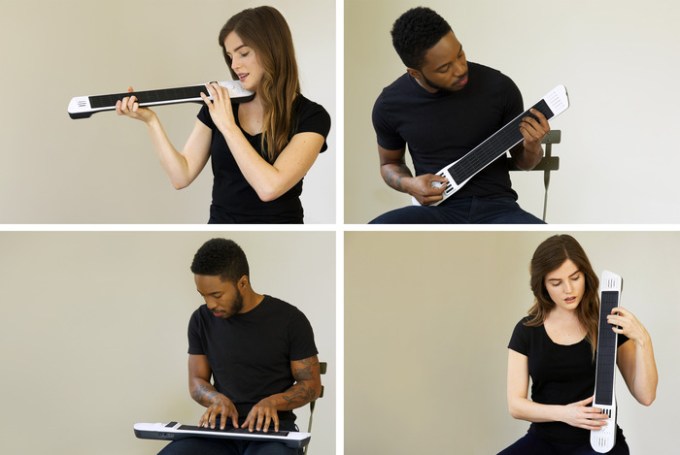 It took four years and many iterations before the product came to be what we see today. An earlier version debuted during CES 2013.

AOL founder Steve Case liked the idea and gave Butera some investment money for research and development. Dave McClure, Eric Reis and a some musical angels from Nashville were on board as well. Butera took in a total of $700,000, hired a team of engineers, brought in his co-founder and CMO Jacob Gordon and started testing the product out on various musicians.

Bands such as The Weeks, Wild Cub, Moon Taxi, Mikki Ekko (who produced Rihanna’s ‘Stay’} and even Moby have given the product a spin.

Most Kickstarter campaigns don’t start out with this much support. “We were told by Kickstarter that we were 99 percent ahead of most campaigns, actually,” Butera said.

So why a Kickstarter campaign for something with so much backing already? Part of it is about getting the idea out there for marketing purposes. Kickstarter provides that platform for Butera and his team to reach the potentially interested masses. But it can also provide that extra bit needed to get the product into production. 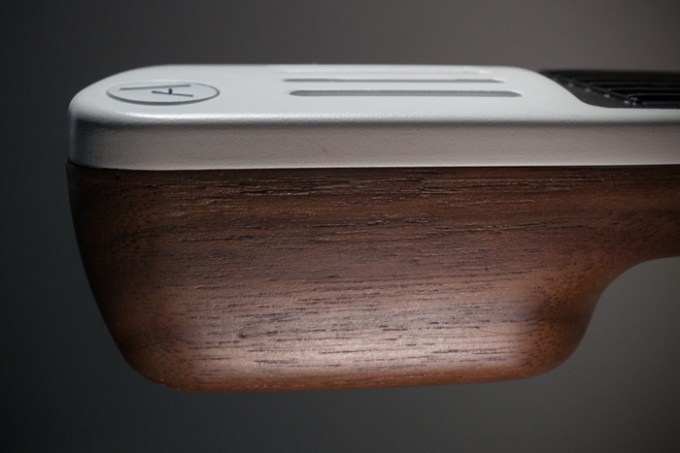 “Hardware is pretty intense,” Butera said. “The angel funding helps with the R&D process but we needed working capital to manufacture it.”

The Artiphon campaign is reminiscent of Gtar in some ways. For those unfamiliar, the GTar is an interactive digital guitar that helps beginners learn to play using an app on their iPhone. The GTar went $250,000 over the original campaign goal. The difference is Artiphon can simplify for beginners, but can also become virtually any musical instrument it is programmed to be. It’s also in a later funding stage than where GTar was when that campaign ended.

We could also see this instrument on the shelves at our local Apple Stores in the next year. Butera confirmed his company is in discussions with Apple’s retail arm and that he plans to add the INSTRUMENT 1 to other retail outlets by late 2016.

The Artiphon crew will be traveling to the film, interactive and music festival SXSW this next week to share the instrument with festival attendees. “We’ll probably have some great spontaneous performances there, too,” said Butera.