You know what no one wants to do? Join a brand’s standalone social network. The problem is that it took Lady Gaga’s startup Backplane four years, multiple founders, and over $14 million to figure that out. According to four sources with intimate knowledge of the company, Backplane was in free fall for years. A bloated burn rate, mismanagement, and internal squabbles led to a useless product.

There is hope on the horizon. Former CEO Matt Michelsen, a strong early fundraiser with less management prowess, has been moved out of the main operating role and former Backplane President and COO Scott Harrison has been installed as the new CEO. Sources say he’s a motivational leader with clear product vision, and is well aware of what was going wrong.

“Yeah, we went through a little bad phase, but when we come back, we want to come back strong,” Harrison said. So this week Backplane pivoted away from creating and managing standalone social networks for brands. It’s now called Place.xyz, a platform for creating themed social networks and browsing others in a single app. And it’s a lot smarter than Backplane.

Still, my sources worry that after top talent was pushed out of the company, Backplane is running out of fuel. It may not have what it takes to rise above the crowded DIY social landscape, and some think the best it can hope for is a soft landing acqhire. 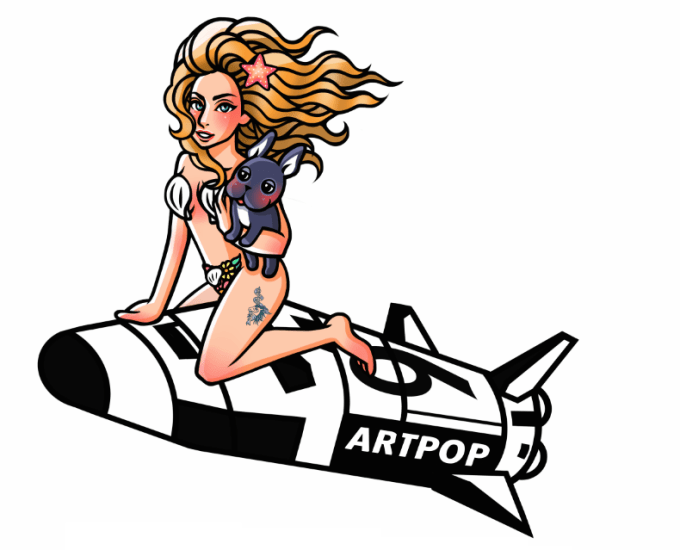 But after talking to Harrison, I believe Place has potential. While you might squat on Facebook’s turf with its Groups product, Place wants to let you own and even monetize your own social corner of the web. Here’s how.

You don’t often see Lady Gaga and Google’s chairman Eric Schmidt in the same sentence, but the two invested in Backplane’s launch way back in 2011. The $1.8 million round included heavy hitters like Google Ventures, SV Angel, and Menlo Ventures, and reportedly gave Gaga a 20% stake.

She got so much equity because Backplane’s first project was a dedicated social network for her fans called LittleMonsters.com. It was a site where the fabulous misfits, gender benders, and artpopsters attracted by Gaga’s liberated music could feel safe sharing. Little Monsters scared up one million registered users in a year.

[Update: Backplane’s founding chairman and Palantir co-founder Joe Lonsdale tells me this first phase of the company was a success, noting “it raised her merch sales, it still has crazy engagement.”] 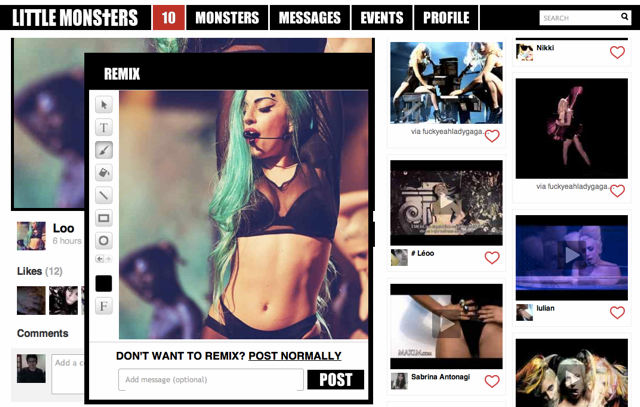 But brands ruin everything.

Soon, Coca-Cola, Cirque De Soleil, and Nike all started throwing money at Backplane. As part of a funding round that would balloon to $12 million from more A-Listers like Sequoia, Founders Funds’ FF Angel, and Greylock, the brands’ strategic investments muddied Backplane’s vision.

“I think this where it got a little lost,” Harrison said. “You start thinking ‘I’ll go build these for brands.’ Then you realize brands don’t move very fast.” It began working on hosting and managing social networks for Coca-Cola bottle collectors, Guns N’ Roses, and Condé Nast… sites only the craziest fans would care about.

“The burn rate is huge. Really, really high” said one source. They claimed “it was hundreds of thousands of dollar a month.” One big problem was Backplane was simultaneously operating offices in San Diego and in expensive Palo Alto.

“They ran it hotter than they should” said another source. “They had so much money and they weren’t building anything,” a third told me. “Our burn rate was hot,” Harrison said.

Internally, the company was a mess. One source said original founding CTO Joey Primiani built the product on clunky PHP, and the engineering department wasted six months porting Backplane to Rails. “Stupid decisions cost the company a lot of money” that source said. Another co-founder Alex Moore would supposedly spend his time restocking the kitchen rather than directing strategy. “Product didn’t get along with design. Design didn’t get along with engineering,” that source said. 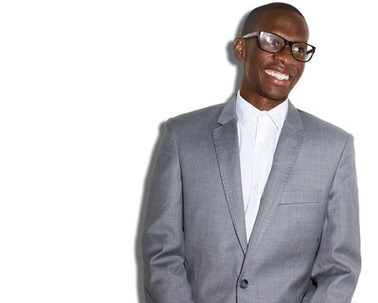 Lady Gaga’s manager Troy Carter’s role as a co-founder gave Backplane cred early on. He had turned Gaga into one of the most followed and beloved social media accounts. But by this time, Carter wasn’t very involved with the company day to day. And when Carter and Gaga split in late 2013, he grew even more distant as he focused on his fund Atom Factory. Moore and Primiani were pushed away from the company too.

People I spoke with agree that the only thing keeping the hemorrhaging Backplane alive was fundraising by Michelsen, an ace salesman who had invested at the earliest stages of Palantir and Uber. “The company was going down the drain. If Matt wasn’t on the team, the company would be dead by now,” one source said.

With smoke filling the cockpit, by early 2014, Backplane and it CEO Michelsen knew the company had to change course. He opened a $10 million convertible note, and convinced investors to put half of it in the bank and commit to the other. That money would fund Backplane’s metamorphisis into Place.

Everything possible was done to slash the burn rate. The San Diego and Palo Alto offices were shuttered, and a consolidated team moved to San Francisco. “That process did entail losing some people, but it included getting to a better place” Harrison said. “We were like 34 people. We’re now 22 people. We’re right-sized and very efficient now.” 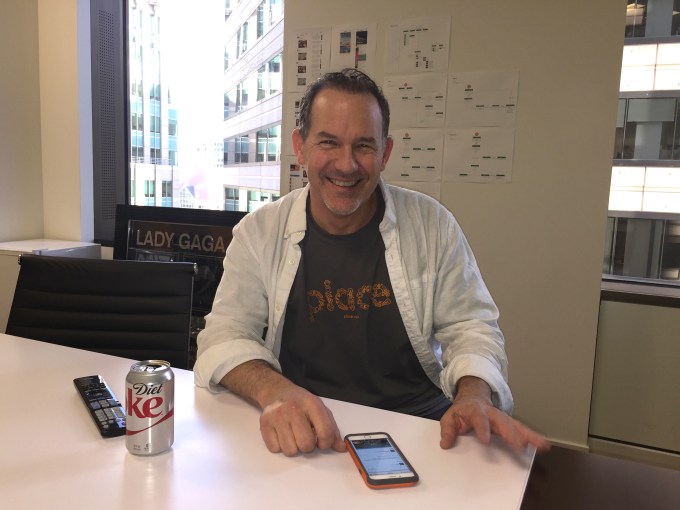 Most importantly, Michelsen took a chairman role and handed the reigns to Harrison. The two had worked together on companies in the past, and both knew Harrison was the better manager. Morale started to lift. One source said Harrison “knows what he’s doing” and another tells me “this new CEO provides a bit of a rudder.”

Harrison describes the defining flaw of Backplane, saying “We treated it like a SAAS model,” where it did the unscalable work of managing networks for the brands for a fee. “That’s what’s going to change.”

Most people have a very skewed view of how startups work. Everyone knows they’re a little chaotic at the beginning, but sometimes the assumption is that the ones that succeed are all smooth sailing. In reality, startups are usually messy until they work, and sometimes after too. Backplane may have had more turbulence than most, but just because it stalled a few times doesn’t make it a failure yet.

With the burn rate cut in half and leadership squared away, it was time for Backplane to fulfill its destiny. In June 2014 the startup told me it would move away from unscalable social network management for brands, and open up its platform. Yesterday, I got the first outside look at Place, which will launch in a few weeks. It’s now accepting early signups from people who want to start their own communities

Place is somewhere between social network builder Ning and Facebook Groups, but all networks live in the same app, and their creators have full control. 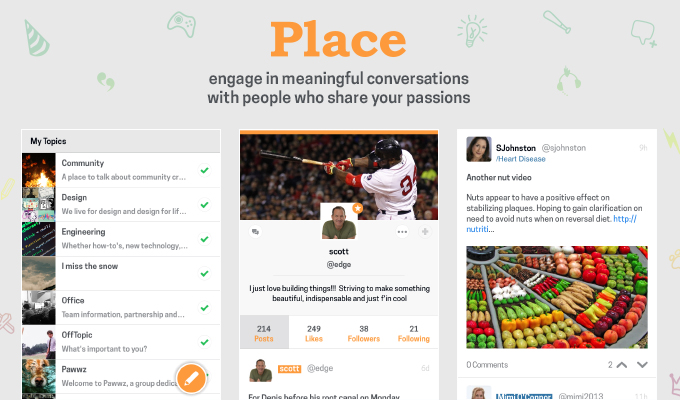 Anyone can start a Place network about anything: A cycling club, a company’s HR team, your family. Each Place offers a Facebook-style feed for sharing text, photos and links, plus topic sub-groups with their own streams.

But what’s special about Place is that admins can bend or break the rules, and peer into the backend. Harrison said that Backplane built a slew of internal management and analytics tools, “and now we’re going to give them away.”

They can establish their own branding so you’ll never see a Place logo, and choose their own URL. Admins can check how many posts were shared, exactly who saw them, who are the most active users, and total viewership, not just engagement. Networks can be set up so only some people can post, and everyone else can only lurk or comment, unlocking Places where fans and celebrities interact without it devolving into chaos.

“We’re trying to create this world where your social life is not about being part of the crowd,” said Harrison. “We don’t have one face. We have many faces. We’re trying to let you express yourself very differently in different Places.” For some, Place could be a professional collaboration tool like Slack or Yammer. It could emerge as a promotional tool for artists or businesses. And still others will create mini-Facebooks for people like them.

Unlike its original, monolithic branded social networks, all these communities live inside the Place app and you can instantly jump back and forth between them. That lets you express prismatic identity, where you share different sides of yourself to different networks. Much like in real life, you can present a more polished personality in professional Places, but let your hair down with friends or geek out with fellow hobbyists.

Plenty of DIY social platforms and micro-sharing tools have petered out, but that was a different time. Place is most obviously comparable to Ning, Marc Andreessen’s network builder that was acquired by Glam Media in 2011 for around $150 million. But Harrison has an eloquent rebuttal to claims that there’s no way Place can eclipse Ning and find serious traction.

Those points all explain how Facebook Groups has blown up recently, and now reaches 700 million users per month. But the problem with Facebook is you play by its rules and its name comes first. “Brands we work with a feel like they’re trapped in their Facebook,” Harrison said. 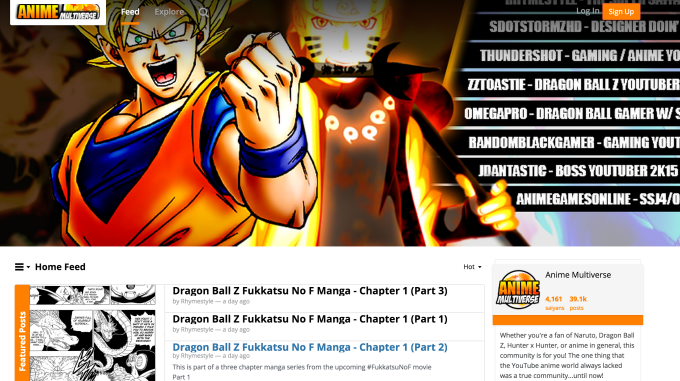 For many normal people, Facebook Groups don’t serve their needs because you can’t charge or earn money with them. “You wouldn’t believe how many groups just need to collect dues,” Harrison said. From ski houses to fan clubs to role-playing clans, getting people to cough up the cash can be a chore if payment isn’t tied to content access. Place wants to fix this.

The idea is to equip admins with monetization tools and take a small cut. An intramural sports team could cover its league costs by charging a yearly subscription to be a part of their Place. A band could gate a special fan club sub-group behind a monthly fee. Or a private Minecraft community could offset their server costs with Place membership money.

And if an admin wants to earn money without charging, Place plans to let them show ads and earn a revenue share. Harrison jokes “We like to pick on Ello” the flash-in-the-pan ad-free social network. “I love their manifesto, ‘you’re not an ad!’ but I think they have it completely wrong. What’s wrong isn’t that there are ads [on Facebook], it’s that you don’t decide that.”

Even with all the freedom and monetization options it offers, Place faces a bitter turf war. There are countless communication tools and organization spaces available online. But by ceding control to the creators, Harrison says “a space becomes a place when it’s given meaning and purpose.”

Soon we’ll see if the public finds a purpose for the culmination of Backplane’s multi-year struggle. There are already 500 to 600 user created groups in the alpha test, and Major League Baseball will be a launch partner. It’s taken a long, winding road to get here, but the startup finally has something worthy to show off.

Yet consumers are notoriously fickle, so it could be a year before we know if Place is truly sticky. People already have a home on Facebook, and a work life on LinkedIn. Do they need a digital third place?

Whether its his company or another, though, Harrison is convinced social isn’t just about an omnipresent network where everyone is there and you have no control. “It’s going to be millions of places,” Harrsion said. While solving micro-sharing is incredibly tough, he said, “I think we’re closer than anyone’s been, although we’ve had our bumps. But name one place that hasn’t had their bumps?” 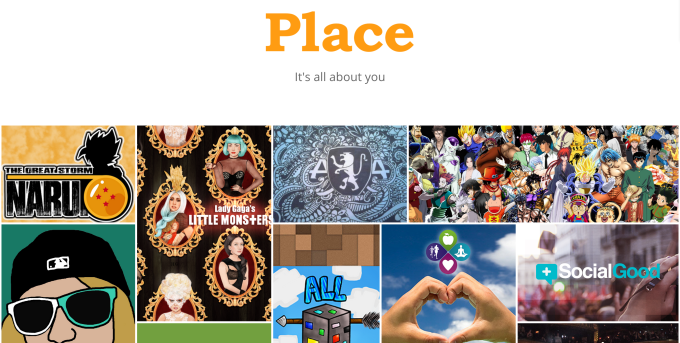