As a seasoned self-published author with an excess of one book under my belt, I’ve been looking for new and interesting publishing tools for indie writers. Recently I found something called Publishizer, a crowdfunding system just for books. While I’m not entirely convinced it’s the way to go for new authors, it does seem like a compact and focused solution for getting your book into the world.

The entire system is based around the concept of proposals. To submit a book you simply enter the title and then a little bit of information including a 1,000-word description of the work and a bio. Everything is very free-form and there is little in the way of vetting. Instead, the creator, Guy Vincent, and his team approve your project and you can start selling pre-orders which you receive once you reach your funding goal. Vincent and his team also send out helpful email notes and there is a full list of resources and best practices for folks who need a little push. 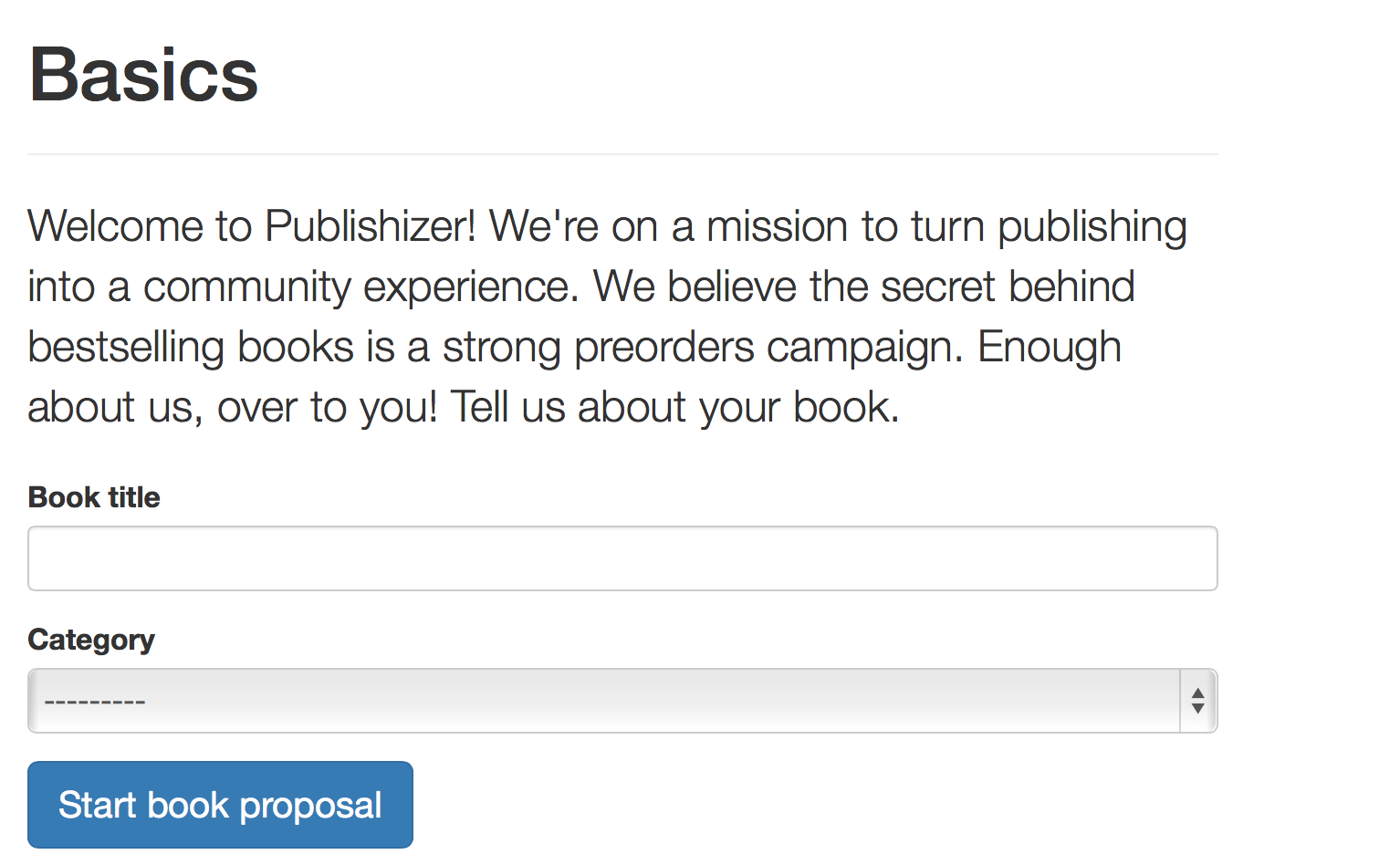 “I tried to self-publish my first ebook, “Waking Up Early”, and it failed miserably. My first attempt at Publishizer was to build a beta reading platform, which failed. I ended up working for a book printing company in Singapore, and saw potential for independent authors to fund printing costs with preorders,” said Vincent. “So, I built Publishizer as a preorders platform for books from India. Now we’re experimenting with book proposal distribution: connecting authors to publishers with preorders.”

In other words, Vincent wants to create a platform that publishers might use to find new books, a sort of literary minor league stadium for hunting up new talent. Right now, however, it’s a fairly succinct way to get a book proposal up on the Internet.

I tried it on a new book I’m working on, Technotopia, and it worked fairly well. The interface was clean and usable and the system pulled my headshot from my social media. It took about an hour to create the proposal and Vincent recommends adding images and videos to increase awareness.

The result is a nice page with some pre-order buttons. The site also has front-page feature opportunities and they also send out an email newsletter.

The site is self-funded and they are currently applying to accelerators in the US. They also plan to move to New York this year to be closer to publishers.

“There are lots of crowd-funding sites (Kickstarter, Indiegogo, Pozible), and even a number of hybrid crowd-funding/publishing sites (Inkshares, PubSlush, Unbound). Publishizer is the first crowd-publishing platform that will connect authors to thousands of publishers.”

“Now, we’re looking for our first success story for book proposal distribution: helping one of our authors land a traditional book deal through a successful preorders campaign on Publishizer,” he said.

Until Publishizer does start convincing real publishers to start looking at their site, however, I think they’ll be hard-pressed to find much traction. While I do like the interface, I’ve always had better luck with the big two – Kickstarter and Indiegogo – and worry that niche sites like this one offer too little in the way of traffic to be true contenders. Kickstarter and Indiegogo allow for serendipitous, organic traffic thanks to their wide range of products. You could back a metal smart wallet one moment and then click over to a book of poetry. With sites like this one you end up looking at more books.

A guy can dream, however, and we’ll see how my book – and others – fare on the site. This is just the dawn of crowd publishing and indie books will soon be a major force. Hopefully folks like Vincent can push things forward.