Microsoft is making a number of announcements around its Azure cloud computing platform today. Some of these involve previously announced services coming out of preview, including the NoSQL database DocumentDB, its search-as-a-service solution Azure Search and two new virtual machine instance types. But in addition, the company is also launching its Azure Media Services Premium Encoder, a new tool for businesses that need advanced encoding capabilities on top of Azure’s regular encoding service. 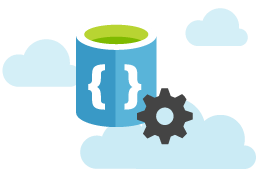 DocumentDB made its debut last August and it’ll be officially out of preview on April 8. It’s Microsoft’s spin on JSON-based NoSQL document databases and Microsoft will make it available in three performance levels based on their reserved throughput. Collections (which are the rough NoSQL equivalent of tables in relational databases) can be assigned to different performance levels so users only have to buy the kind of performance level they need for their use cases and are still guaranteed a certain performance. 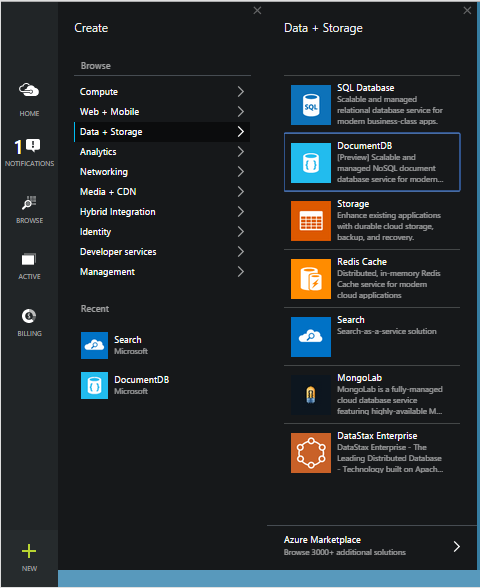 Since launching the preview, Microsoft added Hadoop integration, a Java SDK, hourly billing, support for larger documents and a couple of other features to the service.

Azure Search, too, was first announced in August, but unlike DocumentDB, it’s coming out of preview today. Using this tool, developers can build their own search experiences but leave all the backend work to Microsoft. The service can work with data from databases like DocumentDB, Azure SQL Database and SQL Server. It gives developers access to the same kind of natural language processing features that also power Bing and Microsoft Office’s search tools.

Also coming out of preview today are Azure’s A10 and A11 compute-focused instances with 8 and 16 cores, and 56 GB and 112 GB or RAM, respectively. These new instances, Microsoft notes, will be especially interesting to developers who want to run video encoding services, risk modeling and simulations on its platform.