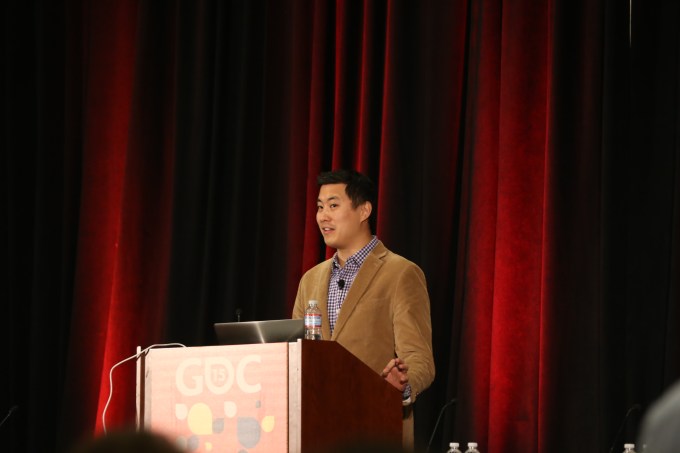 In a session at GDC this morning, Walt Disney Imagineering Creative Technologies Lead Bei Yang gave a talk about the work the entertainment giant has done with virtual reality.

By Yang’s account, Disney has been working with virtual reality headsets since the 1980s, with a lab at Epcot and a variety of hardware and software prototypes built, including in-depth experiences packaged as Disney Quest. But as a few consumer devices, like Nintendo’s Virtual Boy, failed in the mid-90s, interest in head-mounted displays waned until the recent resurgence inspired by the Oculus Rift.

The Imagineering team continued to think about virtual reality, but approached it from a different angle. Instead of putting a display on your face, the team started investigating “caves,” which surround your field of view with high-resolution displays.

A lo-fi version of this experience was demonstrated with the “Soarin’ Over California” experience, which put you on a row of seats directly in front of an IMAX 70mm video on a massive screen. 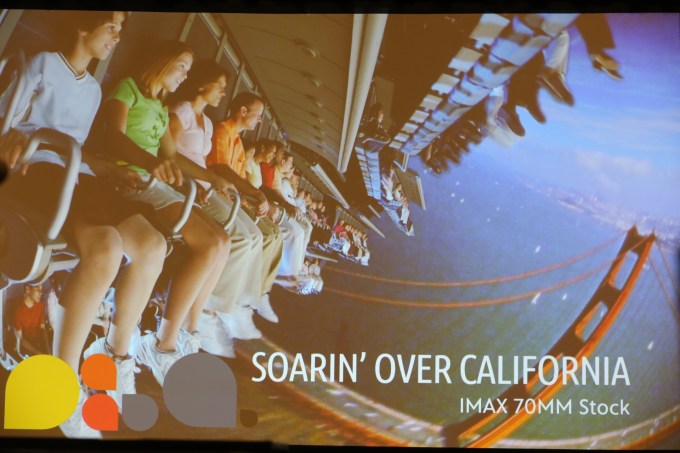 Since then, the company has pushed the concept with motion tracking and massive 4K resolution projections. At Disneyland Paris, there’s a Ratatouille experience that lets you see what it would be like to move around at the same size as the Pixar film’s minuscule hero. 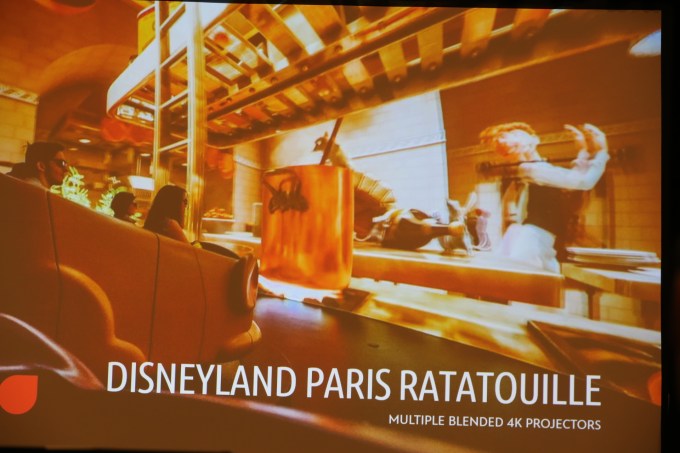 Yang says that one major advantage to the cave approach is that it cuts down on the number of factors that can lead to motion sickness while you’re in the virtual reality experience. Instead of implementing stereoscopic 3D effects, Disney is able to use motion tracking to draw 2D images that look like they have depth — like the Amazon Fire Phone’s “dynamic perspective,” but at a much larger scale.

This approach also lets the team implement virtual reality-like experiences built for multiple people to experience simultaneously. Along with the Ratatouille ride, there are also experiences like a Toy Story-based shooter where you and a friend move through a preset area and shoot at characters and targets in the environment around you. Through years of testing these experiences, the team learned tricks for further reducing motion sickness, like not allowing the ride and screen to simulate the zero-point turns common in first-person shooters (and therefore, most early VR experiences) because most humans aren’t actually comfortable with constantly looking left and right without accommodating the change with a slight movement of the rest of their body.

The end-run of this technology is the same as the concept that inspired this cave approach in the first place: Star Trek’s Holodeck. Disney’s probably come the closest to mimicking the Holodeck experience with its Digital Immersive Showroom, a large open area that simulates the experience of visiting a Disney theme park using 480 Hz motion tracking and several blended 4K projections. 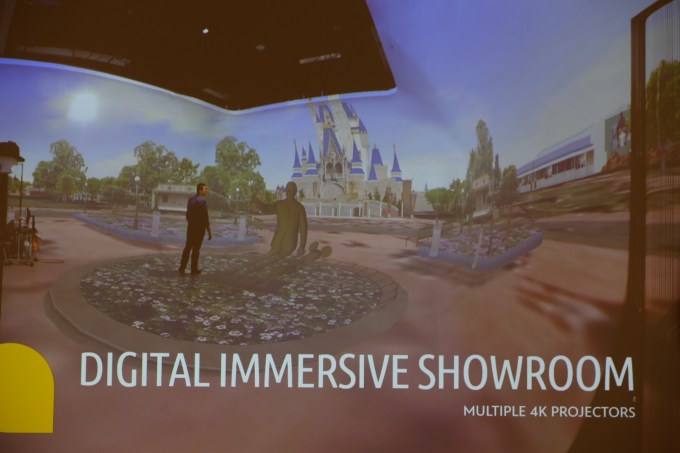 The Showroom is currently only for Imagineer testing, letting the team show executives what new attractions might look like as you walk through the park. But in the Q/A session after the main keynote, Yang said that the team is working on a more generalized version of this advanced cave system that could be used for multiple experiences and walk-through attractions.

The technology is still years out from making it to deployment in parks, however: Yang noted that there are still a few big questions the Imagineering team needs to answer, like how to handle giving multiple attendees the freedom to move through a scene without having projections freak out because of confused motion tracking. Still, I can’t help but envy kids in future generations — walking through painted environments based on my favorite Disney properties is going to seem downright quaint compared to the immersive VR experiences that will be possible in the decades to come.