Apple’s streaming music service, which will be a totally overhauled version of Beats but with iTunes branding and tighter integration with Apple’s own devices and software, will make its official debut in June, likely at WWDC. A source with knowledge of the company’s current plans tells TechCrunch June 8 is the target launch date, at least for an official unveiling. 9to5Mac’s Mark Gurman has reported that it will premiere at Apple’s annual developer conference event, which many suspect will fall between June 8 and June 12 this year, though no official dates have yet been set.

Apple’s streaming music offering aims to bring in some of the Beats-style personalization and recommendation features of that current streaming service but will likely be mostly new on the software side, and without Beats branding, as we first reported back in September. Apple still apparently plans to offer the service across platforms, however, including on the web and on Android, 9to5Mac reports, and development on the Android side of things is one of the reasons it’s launching in June and not this March as earlier reports maintained.

A cross-platform offering makes a lot of sense for Apple for a few reasons: First, with music it has a long history of reaching out to competing platforms, starting with iTunes for Windows. Also, it recently made iWork available to all users regardless of hardware preference via iCloud on the web. Services are still essentially a part of Apple’s business that it uses to generate more hardware sales, and things like a streaming music offering or cloud-based productivity software are services it can use to reach out to customers beyond its ecosystem, especially if there are additional benefits to be gained in the form of exclusive add-on functionality when those services are used with Apple devices. 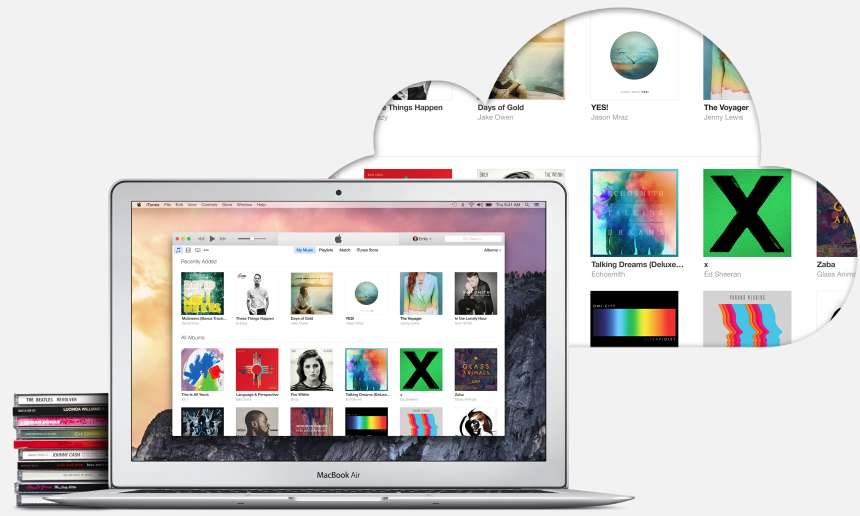 Apple will also seek to make its offering more attractive to potential users with more attractive pricing: The company is said to be planning to offer service at a rate of $7.99 per month, which is $2 less than the going rate for paid subscriptions to Spotify and Rdio.

Along with potentially cheaper pricing, another advantage for Apple in the streaming music wars is its massive install base. While Spotify recently hit 60 million users and 15 million paying customers, Apple could push its music service to hundreds of millions of iPhone, iPad and Mac users. Plus, with somewhere around 800 million credit cards on file thanks to iTunes and the App Store, it’s just a few clicks way from turning curious listeners into paid subscribers.

Apple has plenty of cash to throw around to make sure its service has plenty of fan-favorite artists. Sources say Apple has been snapping up record label talent, and already has industry super-connector Jimmy Iovine at the helm. By signing exclusive deals or getting stubborn artists like The Beatles on streaming for the first time, Apple could seduce a wide range of customers, not just streaming early adopters. After Taylor Swift’s clash with Spotify, she buddied up with iTunes and got her album featured there, and there have been whispers about Apple’s interest in her record label Big Machine.

With money so hard to come by in the ailing music business, Apple’s buying power goes a lot farther than in technology. Just a tiny fraction of its stored profits could win it the best catalogue in streaming.

To compete with Apple, services like Spotify will have to rely on platform lock-in through personalization and playlists, early network effect, and ecosystems of API-connected, third-party apps.

But most people around the world have yet to experience unlimited streaming of the history of recorded music. And as Apple as have proven over and over, it can steamroll companies that are doing something early by doing it right.

We’ve contacted Apple for comment, and will update if they provide a response.