We don’t often write about new hires, but sometimes they capture industry trends and are noteworthy in that respect. That’s the case for India’s billion dollar e-commerce firm Flipkart, which has landed a senior exec from Silicon Valley, after former Googler and Motorola VP Punit Soni agreed to become its Chief Product Officer.

Soni spent eight years at Google in the U.S., the latter part of which he was VP of Product Management for Motorola before it was sold to Lenovo. He will relocate to Flipkart HQ in Bangalore, India, for his new role.

With his background, Punit could have easily stayed in the U.S. but he explained that his move is triggered by the vast potential of the startup and technology scene in India. That’s a real validation for the growth and evolution that is happening in the country right now:

As I explored ideas across sectors and across different life stages of companies, I flew down to India to personally see the change spreading across the country at the intersection of a mobile revolution spearheaded by phones like Moto G, and hundreds of entrepreneurs reinventing every aspect of life out there. Flipkart stood out as the single biggest platform of change in the new internet economy.

The energy in Bangalore feels like the Valley and Flipkart with a footprint of millions is at the forefront. It is the opportunity to create the biggest impact and made sense after the amazing journey at Google.

Interestingly, Soni said that his role will include helping Flipkart to hire “the best talent” — presumably from in and outside of India — and also to establish “a significant presence” in Silicon Valley. 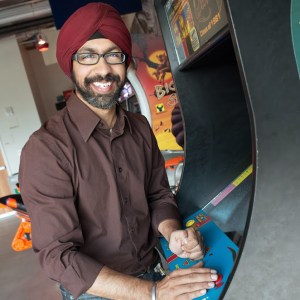 Economic Times reports that he will begin working with Flipkart in April. The company just hired McKinsey director, Saikiran Krishnamurthy as Chief Operating Officer of its commerce division, and is reportedly looking to bring on at least six more ‘strategic’ hires this year.

Flipkart raised more than $1.5 billion from investors last year alone, including a $700 million round in late December.

The seven-year-old company, which competes with Amazon India and SoftBank- and eBay-backed Snapdeal, has over 14,000 staff and sees more than  8 million daily visits from 26 million-plus registered users.

Fueled by an increase in smartphone owners, India’s e-commerce market is projected to grow sevenfold to a $22 billion revenue over the next five years. With that in mind, Flipkart and its rivals are doubling down on growth strategies as they seek to become the primary online shopping site for the world’s second largest population.