A six-foot, 185 pound NFL cornerback isn’t the type of tech co-founder expected to be pitching venture capitalists for seed money. Until now.

Tech entrepreneur Reggie Howard played seven years in the NFL with the Carolina Panthers and Miami Dolphins, until it was time to transition out and take the next step in his life. For most pro athletes the transition is difficult, Howard said, and getting out of an athlete’s routine took some time.

Howard chose to fine-tune his business skills through NFL-sanctioned transitional programs, such as the Players Network Event, an organization that helps players transition from football to business, and enrolled in educational programs offered at Stanford and Kellogg School of Management at Northwestern University in Evanston, Ill. 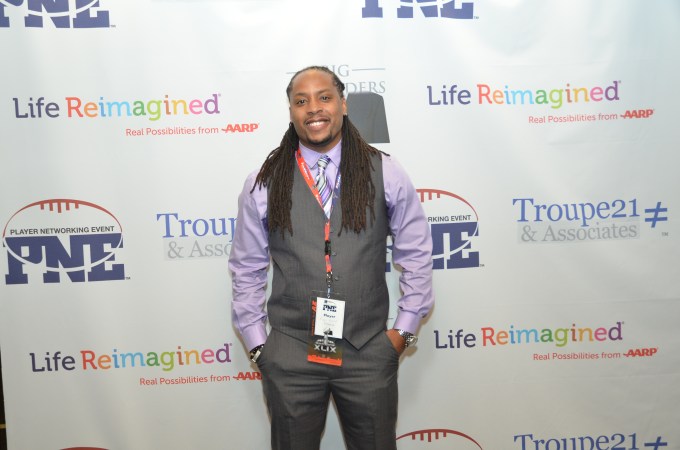 “I did as many programs as I could,” Howard said. “This is a limited time and I was always thinking about what I was going to do when I move away.”

“The NFL was a platform to put me in a position to do bigger and greater things to impact the community,” Howard said. “There are other things bigger than football. I wanted to have a legacy and show how to give and give effectively.”

In January 2014, Howard and UAF teamed up with Fernando Hernandez, supplier diversity director of the global procurement group at Microsoft to launch a college-sector mobile app challenge called BE U Hackathon Event with the mission to expose talent from diverse communities and connect them with opportunities within the tech industry. “It opened us up to an area we’ve never been in before,” Howard said, “but there was so much potential and good we could do to help these young talented minds become entrepreneurs or find a job within the tech industry.”

Microsoft brought together teams of students from 12 colleges and universities around the country, nine of which are historically black colleges and universities, to compete at the company’s headquarters in Redmond, Wash., for over $70,000 in scholarship prizes for STEM programs. Teams were also given mentoring and a chance to pitch their apps to tech entrepreneurs, Microsoft executives and professional athletes.

Throughout the hackathon, Howard realized that these students didn’t have a way to promote or gain traction on their market-ready apps and decided to use his social influence to help promote their talents. 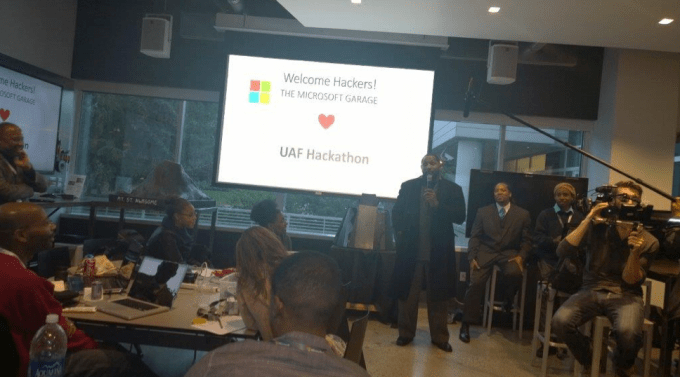 Howard said he’s watched celebrities, such as Kim Kardashian with her Hollywood game and Kate Upton in Game of War: Fire Age use their social influence to break into the tech industry and maximize their brand — so he figured why can’t he and other athletes use their influence for social good?

Using his personal contact list, Howard is attracting a group of athletes, celebrities and entertainers with significant social following to join uNITE and endorse selected apps that emerge from the UAF hackathon, as well as pre-existing apps that resonate with UAF’s mission.

There could be as many as 25 apps that come through UAF hackathons, Howard said. He hopes uNITE’s platform will be a hub to showcase apps developed by diverse talent.

“We can help assist in marketing some of these kids with market-ready apps and find positive apps that we feel comfortable putting our name on,” Howard said. “At the same time, why not develop a [platform] of our own designed to help support these talented individuals with a network of athletes and celebrities to move users.”

Howard said the platform will contain a store with all the free and paid apps endorsed by uNITE and by a particular influencer, an educational section about financial literacy and a job section with companies seeking diverse talent.

uNITE recently signed iDiversicon, a mobile app with over 900 culturally diverse emoticons. The app launched in the Apple Store in October 2013 and most recently released their keyboard in December 2014. “We believe our emoticons represent the world,” founder Katrina Parrot said.

Parrott, a former program manager at NASA, hopes that through a partnership with UAF and influence from professional athletes using her app, she will be able to gain more traction and revenue.

“I have funded iDiversicon with my personal funds. I’m hoping that through UAF’s contacts with professional athletes with huge followings on social media and using these emojis, that will help to gain more revenue. We feel very strongly that these major players are passionate about representing the world.”

With additional funds, Parrot plans to expand the company’s line of personalized emojis.

Howard said iDiversicon is a good example of the type of pre-existing app that would qualify for uNITE endorsement.

He explained that a portion of the proceeds from app purchases will be directed back to UAF to continue supporting its educational programs and hackathons, and the remaining revenue will be split between the app co-founders, partners and uNITE.

“We made UAF an equity stakeholder of uNITE. When we win, then the nonprofit wins, and we can continue the good work,” Howard said.

The concept of leveraging one’s social capital has been used by other professional athletes who have also turned their attention to the tech space either as investors or co-founders.

After a neck injury ended his career in the NFL, Alex Bernstein transitioned into the tech world and found himself in the startup world. After a stretch at Echo Network, a digital media company that went head-on with Apple iTunes and lost, Bernstein co-founded North Social, a social marketing platform and Facebook app maker that was acquired in 2011 for $25 million by Vocus. Since then Bernstein founded North Venture Partners and inoak, a co-working space and incubator in Oakland.

Jeb Terry and Ryan Nece, two ex-NFL players, founded StraightCast Media (formerly Gridiron Ventures) in 2010 and launched their GRIDIRON GRUNTS app in 2011, which delivers authentic audio and video content from NFL players to their fans. Athletes have their own channels, and during the season they post their own unfiltered and exclusive content for fans. StraightCast has been growing over four NFL seasons. It currently has over 200 NFL stars and over 4,000 videos and is used by ESPN, NFL Network and Fox Sports. The company plans to add additional verticals from professional sports to entertainment.

On the investment side, NFL Hall of Famer Joe Montana and NBA player Baron Davis participated in a $2 million seed round for BloomThat, an on-demand flower delivery service.

Like many tech founders, Howard is in the process of raising capital to build out uNITE’s platform. He recently participated in the Gridiron Games, an NFL sanctioned pitch day hosted by the Players Network Event (PNE). In front of a live audience, accredited investors and a panel of tech experts, six former NFL players pitched their companies for a chance to “get signed” or funded for their businesses.

PNE founder Guy Troupe said this event is important because of a negative “dumb athlete” stereotype that is placed on professional athletes entering the business world. This pitch event illustrates that “…we are trying to turn the corner and show the other side. Athletes are bright, talented, good people, and they can be entrepreneurs. It’s cool to be smart and get into tech.”

Howard asked investors at the Gridiron Games for $2 million to build his company and mobile app, to which one of the venture capitalists said “Your valuation is wacked.” While Howard didn’t take home the $2 million, he certainly piqued the interest of all investors and conversations are still underway.