Mozilla, the open-source Internet software company that makes the Firefox web browser, has been working hard to get more critical mass on mobile with Firefox OS — key to making is platform relevant both for developers and users in the longer term as mobile becomes an ever more important way to go online. Today, it announced another wave of partnerships that will see Firefox OS make its first foray into the U.S. market — by way of feature phones and a deal with Verizon Wireless — and into Africa/Middle East — by way of a new handset and a partnership with Orange. 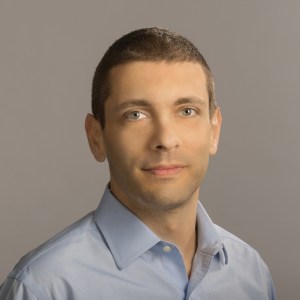 In a longer conversation with Andreas Gal, the CTO and VP of mobile for Mozilla, I asked about some of the company’s challenges in the market, when we will see it appearing in other places like cars, and why it doesn’t matter that you still can’t use Uber on Firefox OS phones.

Strategy Analytics’ Neil Mawston has said that Firefox is the industry’s fastest-growing smartphone OS, but that’s from a very low base and with traction in only a “handful” of countries in Latin America and Western Europe. How do you convince potential partners that you are or can be relevant?

If you look at Android you can see it’s not a healthy ecosystem, because that’s not an experience where device makers can differentiate. And that’s only becoming more the case, if you look at initiatives like Android One, where Google dictates what these phones are supposed to look like, right down to chipset. That’s the opportunity. Yes, we are very late into the game, we are several years late, but that is because the mobile web is late. A couple of years ago you couldn’t even do the smallest things over the mobile web and that’s where we are trying to make a difference.

When will see Firefox OS in cars, and why haven’t you done more in targeting other kinds of mobile devices?

In the beginning we focused on smartphones because that was where volumes are. There are still billions looking for connectivity and they will do it using a mobile handset. With something like cars, until we are ready to talk about something we won’t. We are a much smaller organization than, say, Google, so we focus our attention.

The partnerships in general work along the lines of the recent deal we announced with Panasonic for the first Firefox OS TV. Panasonic came to us, adding engineers and much of the work needed to bring Firefox OS to TVs. This is how we will do other things. We are talking to partners, to anyone who wants to take the OS to other device categories. We are talking to a lot of different partners. Just this week we will talk to a lot of different electronics companies. In mobile we are late but in the Internet of Things, there are no established winners yet, and we are very interested in conversations. One thing that is worth mentioning is the experimental device made by Monohm, and “heirloom” smartphone called the Runcible.

We have an integration with Facebook on the web (the ‘do not track’ social API) and a good relationship with them. Internet.org is something we are aware of and have talked about. It’s true, they have been leaning quite a bit on Android but I’m not entirely clear what they are trying to achieve. Internet.org mostly looks like a ‘Facebook for all’. We like the idea of more connectivity for people but want to make sure that it’s access for all. It’s important that it’s not just for segregated services. I also have a hard time seeing Facebook and Google working together in an overlapping area of interest. They are competitors.

Why the turn to feature phones when everyone — even Mozilla, until today — is so fixated on smartphone growth?

About one-third of all phones in the U.S. are feature phones, and until 2018 or 2019 the volume is not going to decline that much. The overall market is growing faster than that category is declining. So we are trying to be on that line. Going into the feature phone category and not the iPhone end of the range is how we can enter the market. We have other carriers besides Verizon who have expressed interest in Firefox OS. This is just the first concrete announcement. This is not exclusive, and in some cases you see carriers even working with competition to create a neutral platform.

Microsoft has been trying to break the duopoly of Google and Apple in mobile operating systems, with very little success. Why do you think you might have a shot here?

FirefoxOS is in a different situation in two ways. First, we are targeting a different segment than Windows Phones. They are trying to convert people off iPhone, and that is very hard. And in emerging markets, we are not tracking Windows Phone at all. Those low end devices are cheap for U.S. standards but it’s a different definition they are aiming at emerging countries.

The second and more important problem is much harder: Windows Phone is a proprietary ecosystem using Microsoft language. Going to app makers and telling them, use this language, is partly why Microsoft is having such a hard time. We are different. We didn’t have to go to Facebook and say, “Can you make a Firefox experience?” They didn’t have to do that. Okay, it’s still not as polished as the native Facebook apps, but it’s a much smaller problem to solve. It’s a few percentage points of a gap to be closed.

Native apps continue to define how people are using their mobile devices, while you have built Firefox OS around the mobile web. How are you getting around the fact that some of the most popular mobile apps today — like Uber — are just not available in a mobile web format?

Yes, Uber is not available but this is not a problem so far. We don’t need Uber in Senegal, for example. A much bigger problem is to make sure we provide local apps, and for those using smartphone for the first time, this usually means local news and information, and local services.

But again, this is a gap that we have to close. Even Instagram is not fully optimised but even there you have at least a partial experience [of viewing and commenting, if not taking and posting pictures, via the web]. But as we turn to more established markets like the U.S., the content needs are changing. We will have to work closer with top brands, which are important in Japan and the North American market.