Editor’s note: Tobi Bauckhage is the CEO and co-founder of Moviepilot, a media company focusing on entertainment news and fan content.

The most important entertainment industry event so far this year happened last weekend, but it wasn’t the Oscars. In fact, it’s likely that you had no idea it happened unless you’re plugged in to geek culture in a big way.

Last Saturday morning, badges for 2015’s San Diego International Comic-Con went on sale. They sold out in under an hour, breaking the previous record set last year by half an hour. For an event that draws 130,000 visitors, and roughly 220,000 people to downtown San Diego every year, that’s the kind of demand that builds empires. But even this wasn’t a true measure of actual fan demand, because tickets are capped at 130,000, which includes vendors, fans, volunteers and organizers. There were thousands upon thousands more prepared to plunk down $185 for a four-day badge who were shut out without a ticket when all was said and done.

Compare that to the huge ratings drop for the Oscars this year. Viewership plummeted by 18 percent — the lowest ratings in six years; 2009 was the last time ratings were so low. More troubling, the ratings in the age 18-49 key demographic dropped almost as much, with a 17 percent decrease from last year (Deadline).

And while the numbers don’t compare (Comic-Con’s 130,000 attendees to the Academy Awards’ 36.6 million viewers in its target demographic), the key factor here isn’t the numbers themselves, but how those numbers are trending. While the buzz and demand surrounding Comic-Con only increase every year, both the ratings for and engagement with the Oscars have been sinking downward for years.

Though the Oscars were trending hugely on Twitter, the majority of them were not active participation and hype-building, but passive commentary. Nor was the general reaction for the Oscars overwhelmingly positive, with sites like Variety, The Hollywood Reporter and Time giving it less-than-stellar reviews.

This isn’t to say the Oscars no longer have a cultural impact. They are still important and have their place. But the balance of power for what moves the needle in the movie industry is shifting away from the Oscars and toward Comic-Con.

While the number of attendees for SDCC have increased year by year, the huge spike in popularity has only happened in the post-Marvel Cinematic Universe world. Movies are what took it from a popular convention to the most talked about fan event of the year. Every year.

The main draw for every Comic-Con is, above all else, Saturday’s Hall H line-up. It is the day the major studios drop their news bombshells, roll out exclusive clips and trailers, make casting announcements, and otherwise get their fans hyped up for the year to come. Unlike with awards shows and other industry events, whose impact is felt only for a few days, the impact of Comic-Con is felt year-round.

The balance of power for what moves the needle in the movie industry is shifting away from the Oscars and toward Comic-Con.

It is the most relevant platform from which to reach and influence the younger demographic pouring the majority of money into the box office right now. Actors and actresses are as savvy as anyone in knowing their own brand; they understand that if they are in an upcoming blockbuster, Comic-Con is a must-attend event. It is the must-attend event.

While appearing at the Oscars is great for personal reasons, in a real-world, applicable sense, making an appearance at Comic-Con to promote an upcoming movie or television show has a far more practical impact.

Unlike awards shows, which are focused on movies that have already come and gone, everything about Comic-Con is done with the intention of building excitement for movies not yet released. Awards shows, by their very nature, look backward, and while there is absolutely nothing wrong with that, it runs contrary to our modern-day sensibilities.

In decades past, information came at a slower pace. But in 2015, we’re constantly looking to the next thing – this goes for both Hollywood executives and the movie-going demographic they desperately court. And Comic-Con caters to this exact mind set: not just in reaffirming fans’ faith in the properties they already love, but in creating a new wave of hype and a loyal fan following for the movies that are yet to come.

So yes, the Oscars still have impact, but that impact is being felt less and less. It eschews the movies that keep the majority of fans coming back and it’s increasingly out of touch with the younger demographic that pours the most money into the industry.

Whether one agrees with the way studios now build their budgets and time around blockbuster tent poles is irrelevant – the reality is that it is the reality right now. The balance of power no longer resides at the Dolby Theatre; it’s found in the San Diego Convention Center’s Hall H. In the cutthroat business of industry influence, Comic-Con is now the event that reigns supreme. 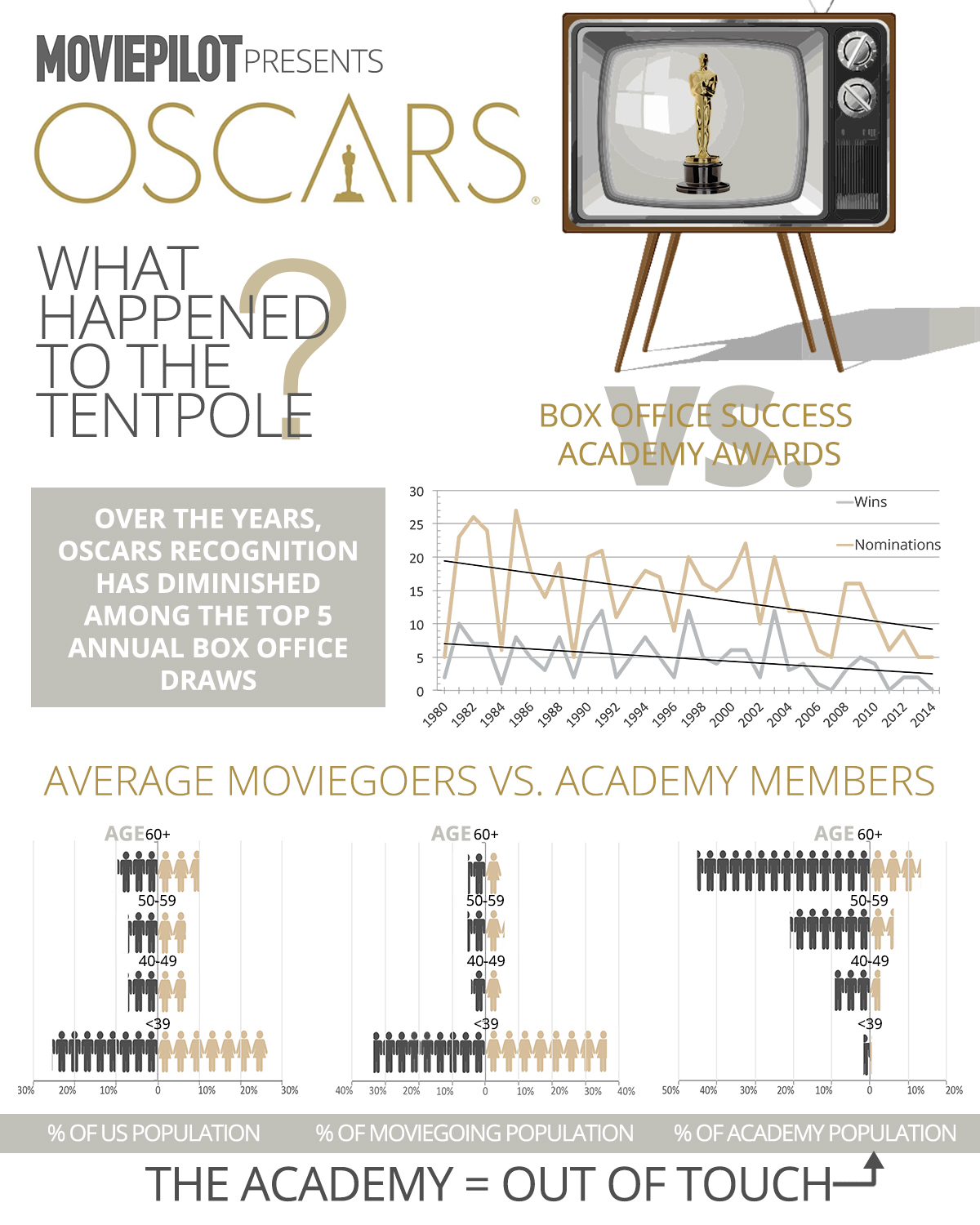