If you were offline between, say, 7pm and 10pm Eastern last night, boy, things must have seemed real weird when you logged back onto Twitter.

Despite what you might have heard, BuzzFeed did not invent the optical illusion. “The Dress,” as it immediately became known, is but one in a long line of images that trick the eye and the brain.

Even as a child, you could flip through a book of optical illusions, set the book down, and go about your merry damn way without worrying about it or arguing about it again. But this week on the internet, the conversation is still raging. Which is ridiculous. The Internet actually provides the truth that is shrouded in gold and white mystery.

The dress is blue and black. It takes about four minutes of internet searching to figure this out. And once you know that it’s blue and black, if you have even a rudimentary understanding of the way that light affects color perception, there is no longer a reason for debate.

i'm unfollowing anyone not tweeting about the dress

So why, if the answer is so close within our reach, have we spent the last 12 hours arguing on Twitter?

Here’s what Jordan wants to know: Has it made us any better? Any smarter? Any more fulfilled?

(Note: Since there are two of us with different points of view, we’re writing about ourselves in the third person. Just go with it.)

Props to BuzzFeed for splitting the question and the answer into two separate articles: 1. WTF? AM I GOING INSANE!!! ZOMG THIS DRESS?!?!?! and 2. Why Are People Seeing Different Colors In That Damn Dress? BuzzFeed also has six other posts on The Dress which can be found here.

Seems like it would have been logical to combine those two stories, realize that this type of optical illusion isn’t actually news at all, and go home to watch The Black List. But by splitting them, BuzzFeed was able to do (at least) two full cycles of absolutely crazy traffic around a fucking dress.

We’ve asked BuzzFeed how much of this was a grand strategy versus a rapid attempt to piggyback on a huge “story.” In the meantime, as we write this, the counter on the initial post shows that it has clocked more than 26 million views, while the explainer has 1.4 million.

Jordan missed the madness because of the TC Meetups, returning to the Internet late last night after the argument had been raging for hours. When she woke this morning in a hotel room, the conversation had shifted to the television, with the morning news shows confirming that the dress is black and blue. (But yay they might be selling a gold and white version soon!!!)

Basically, in the span of a few days, Jordan truly felt as though the Internet had suddenly become a much dumber place. Why argue when you know the answer? What value is in the debate, if the topic is meaningless and the answer is readily available?

And it’s hard imagine this debate stretching out if we were talking about this in-person. You’d basically take a stand behind one set of colors, your friend would go with the other set, you’d shrug and move on. (Anthony actually tested this out by trying to have a discussion with his roommate last night. It only lasted for a minute before someone muttered, “The Internet is stupid” and went to bed.)

"Oh ho ho! Twitter got PRETTY dumb today!" – people who do organic chemistry on Twitter every other day, I guess

Anthony’s response? “It’s fun.” That’s basically his entire defense. But honestly, he spent hours (hours when he really should have been writing this post) following the conversation on Twitter, and it made him so, so happy.

Granted, many of the jokes were mediocre or outright terrible, and even the good ones got repeated ad nauseum — at a certain point, what else is there to say besides WHITE AND GOLD and BLUE AND BLACK? (Anthony still thinks it’s white and gold from, like, a spiritual perspective.)

But there’s a joy in the shared experience, in the fact that everyone on the Internet at that moment was freaking out about the same thing. We could shout at our coworkers while big deal famous comedians were doing the same thing. (And we’re not sure if this constitutes Twitter’s official statement on the matter, but we’d like to think it does.)

You also get that during big events like the Super Bowl or the Oscars, but this was even better, because it arose from something incredibly random and dumb. In some ways it was the perfect meme, because it was about something inoffensive and universal that everyone could talk about, and yet there was still conflict.

By today, of course, we’re well into the phase where something wonderful and silly gets commoditized (have you seen those marketing tweets?) and picked to death.

And yes, the “picked to death” part includes pieces like this one. Sorry guys — it’s the end of a short February, and TechCrunch has traffic goals, too. 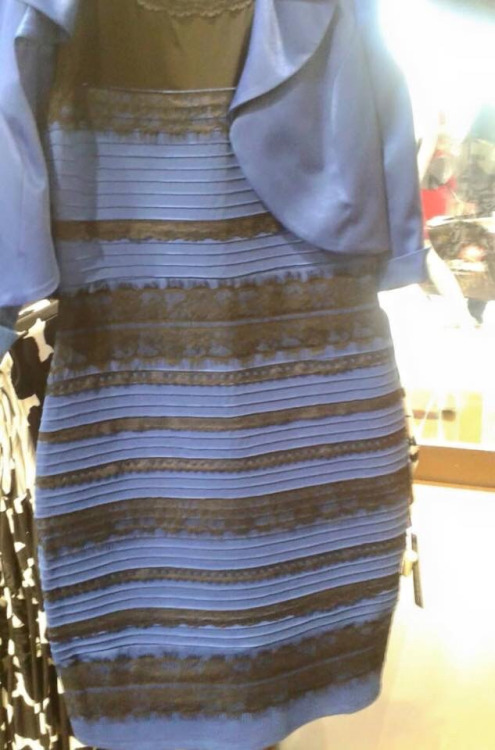