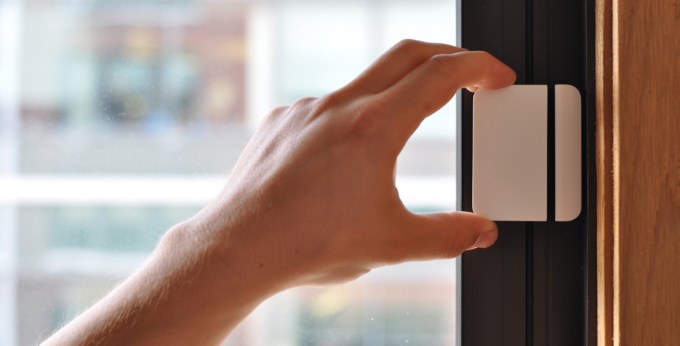 It has its quirks, but it’s a massive step toward everything I want in a security system. I can add new components easily, I can control everything from my phone, there’s no ridiculous contracts or hidden fees, and it’s all wireless.

Today, Scout gets even better — and so, so much smarter. Thanks to a brand new IFTTT channel, it can now interact with everything from your phone to your Jawbone Up, and from Google Docs to Facebook.

In case you’re unfamiliar: IFTTT stands for “If This, Then That”, and it acts as a super-simplified middle man for making Internet-connected services and things work together. It takes input from one service, and produces an action somewhere else.

Want Dropbox to automatically download every Facebook photo you’re tagged in? Want an alert on your phone if it’s going to rain tomorrow? Want your crazy smart lightbulb to flash every time someone tweets at you? IFTTT can do all of it, and makes it insanely simple.

I’ve been using the Scout Alarm IFTTT channel for the last 24 hours in a private beta, and I already feel like the system has instantly become vastly more powerful… and I’m just tapping the surface of what it can do.

Here’s some of what I’ve done, none of which would have been possible without today’s integration:

Each of these things took all of a minute each to implement, because that’s just how IFTTT works.

You can find Scout’s new IFTTT channel over here. 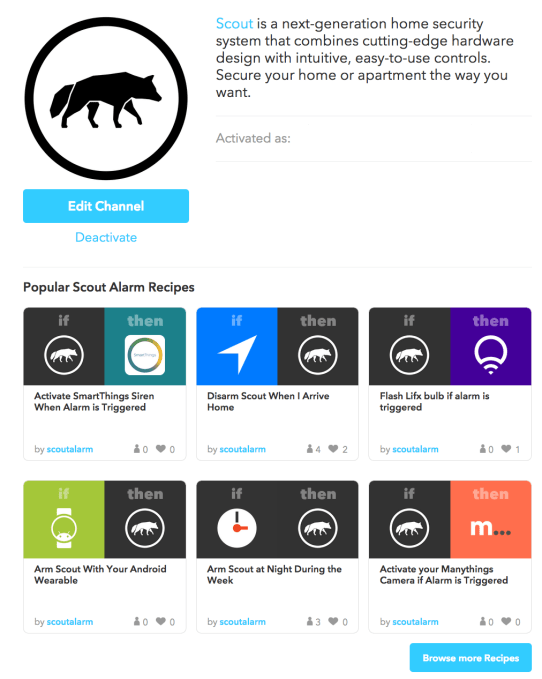