This is a conundrum that I’ve written about before. There’s a need to take charge of how your skills are defined.  If you don’t create the message about yourself that you want to tell, then the market will. And if you want to be a CEO one day you need the messaging to reflect that.

The strange thing is that once you’ve been a CEO, even one time, the market will see always see you as a CEO. But nobody really wants to give a new-comer chance.

Of course, you could start your own company. For many people that’s the right answer. Overwhelmingly, the best economics go to those that start successful companies, but not everybody has the right skills to build a highly successful and valuable startup from scratch. In fact, most people don’t.

There’s a second set of career discussions I have even more frequently, which don’t involve young founders, billion-dollar opportunities and Silicon Valley elitism.

The decision tree for being a startup CEO begins with whether you can sustain 12-18 months of little or no salary while you define your market; do research; build version one of your product; raise seed funding; attract your initial team; get your first customers and test whether you have initial product and market fit (or enough momentum to be able to raise a large round of capital).

Even when you do sign-up initial customers it’s still not clear that your company will be a success and you’re still likely paying yourself under market rates.

Sadly, most  people I meet these days would rather pile in $20K of savings to be seen as an angel in somebody else’s startup than they would to take a $40K haircut on salary (the pre-tax equivalent to $20K) to work for the hottest startup they could. If they did the latter, then they’d have both the stock options and the career experience and networking that comes from working with amazing peers at whatever “HotCo”.

This advice typically works for 20-something technical founders. But there’s a second set of career discussions I have even more frequently, which don’t involve young founders, billion-dollar opportunities and Silicon Valley elitism.

This advice is for people who are slightly older, have slightly more personal responsibilities and who can’t just “throw caution to the wind” due to financial obligations. 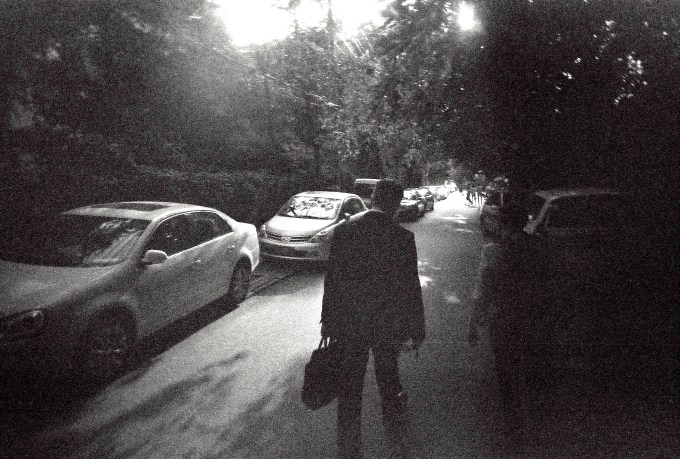 Here’s how these discussions typically go. I meet a 35-40-year-old founder with two kids and a mortgage. He or she has worked at some very successful big technology or media companies and went to a great school. The founder worked at 2 startups but veered back into the corporate world because savings got tied up in an expensive down-payment on a house in a tier-1 city where $1.5 million property buys you what you imagined $250,000 would have.

That founder still has the dream and the hunger; and wants a chance at changing life’s circumstances by building equity value that might free their family from the rat-race of 529 accounts, property taxes, summer-school tuitions and even spending some cash on aging parents.

This is the narrative that isn’t talked about – but I promise you it’s the more common narrative amongst even those that went to top-tier schools, got the right jobs, worked hard in their 20s but didn’t quite join Google, Facebook, Twitter at the right time. He or she joined Yahoo! after the glory days and earned $300,000 in stead of $3 million and after taxes that $150,000 just sustained life and some amount of future savings.

There are solutions for these would-be founders.

The most common one I recommend is a senior role in a company that is just past the Series A so they can earn some amount of reasonable family-necessary comp while still having the upside of startup. This is the 85% scenario for these people and my discussions with them is usually, “what is your minimum nut you could afford to take a risk at a startup vs. wanting the upside potential?”

If the “nut” is too high I usually veer them towards later-stage opportunities (post B or C round) where the comp is higher, the exit is more likely / nearer, the upside is still nice but obviously not the same as if you joined early).

But I also have advice for the 15% that really do want to be a startup CEO. These people wished they had done it in their 20s but didn’t make that choice.

If your life’s circumstances don’t allow you to follow the typical Silicon Valley, VC-backable, up-and-to-the-right-or-bust scenario but you still want to be CEO – don’t write off the possibility of being the CEO of a VC fixer upper.

I often tell people in this scenario to focus on a VC “fixer upper.” My friend Ian Sigelow wrote about this last week and advised people not to take on this kind of job. Read this post because for the most part he’s not wrong.

For people who don’t fit my 15% narrative I would tell you that if you can avoid a fixer-upper you should. Ian’s right that it’s much harder to build that fixer upper and working with investors who are “fatigued” is the worst.

And there’s always a but…

There are “diamonds in the rough” — and let’s face it — if the company was totally rocking would they be hiring you? You – who hasn’t been CEO before? You – who has some family obligations so can’t go super early and take almost no salary?

Here’s why I think it might be perfect for you:

If you think about your career move as a “two-step process” then nothing sets you up to be the CEO of a better tech company already being a CEO. You will learn about running board meetings, setting up the ultimate financial plan, leading a team from the top, dealing with the press, raising capital, etc. If you choose to be a fixer-upper CEO for two-to-three years you’ll be ready for the big leagues.

At most startups the CEO has constant exposure to VCs and other board members through phone calls, updates and board meetings. The gives the CEO the chance to build these important relationships that can lead to choice opportunities in the future. Being a CEO begets the network to be a CEO.

Being the CEO vs. a senior executive gives you a lot more control over exit timing

In many cases a company could or should be sold early and this can reap great rewards for the executive team and early investors. But if you’re the Director of Product or VP of Marketing – you don’t get to make that decision.

So it could be that a sale would yield you seven figures and you could move on to your next role but the CEO wants to “go big or go home” and sometimes go home is the outcome.

Alternatively, you could be the mid-level employee that prefers to see the company try to get to a $1 billion exit, but the CEO sells early because  is sitting on 10x the equity as you and can earn well on a $50 million exit.

Being CEO isn’t the right job for everybody, and in some cases it’s not even desirable.But when you consider your life’s journey – what you’re good at and what you’re bad it – if you think you have what it takes — just know that one fringe benefit is deciding whether or not to exit if that choice becomes available.

In Ian’s post he rightly points out that stepping into a role with $15 million in paid-in capital that has already been spent can be a problem, because this “liquidation preference” gets returned to investors before you see any money – restricting the executive outcomes in mid-sized exits.

But when the VC is looking for somebody willing to take on a project with a bit of hair, you actually have more leverage than you think (precisely because many people won’t take on that assignment).

For example, you may ask for a deal in your contract that guarantees you will get a minimum of $500,000 on any sale or you may agree that your stock is exited “pari passu” with the existing liquidation preferences or that management is guaranteed a minimum bonus of $2 million on any exit (that you share with your other execs). Or maybe you just negotiate that your ownership should be 15% of the company (vs. the standard 4-6% for a hired-gun CEO).

When VCs need executive help you can often negotiate a bit on the way in for something that fixes the “fixer-upper” problems. And I’ll tell you — you have far more leverage to negotiate this on the way in than after you’ve joined (or at the time of exit). VCs may scoff at this advice (because they don’t want people asking for non-standard deals), but I assure you this happens more than you know.

There is often money to be made in being contrarian

Finally, (and this is the main point) there are many companies with phenomenal IP that is truly differentiated, but where the original executive team squandered their opportunity due to their own inability to sell, market or service customers.There is often money to be made when you finding companies with under-valued IP.

So if your life’s circumstances don’t allow you to follow the typical Silicon Valley, VC-backable, up-and-to-the-right-or-bust scenario but you still want to be CEO  – don’t write off the possibility of being the CEO of a VC fixer upper. It could be a stepping stone. It could also be a golden ticket. And one that you get to write.

At Upfront we invested in such a company. We did the early round of financing and the founding team walked when the market turned and when the situation got tough. We looked at the IP and realized it was highly differentiated / hard to replicate.

So we swallowed hard and brought in a new team and wrote another check to give the company the runway to get through hard times. That company is now doing more than $50 million a year in sales, has negative churn, is growing at > 50% year-over-year and we believe will be worth more than $1 billion at exit. It will likely IPO in the coming years. The CEO that stepped into that “VC Fixer Upper” should earn handsomely.

I know it’s rare, and it’s hard, but it happens.

Editor’s Note: Mark Suster is a former entrepreneur and current investor at Upfront Ventures. Follow his blog at BothSidesoftheTable.