Stayzilla, an India-based service that combines regular hotel bookings with short-term, Airbnb-style rentals, has announced a $20 million Series B round to grow its business.

The round, details of which leaked last week, was led by Nexus Venture Partners and existing investor Matrix Partners. Stayzilla, which was founded in 2010, nabbed an undisclosed Series A round in October 2013 having closed a $500,000 seed-round in 2012.

Stayzilla is an interesting beast. The overall focus is on letting users book accommodation across India for a stay of up to one month. The startup — which makes money via a varying rate of commission on each booking — initially went after traditional stays, such as hotels and guest houses, but hit a growth spurt when it eased up on how it managed ‘alternative’ accommodation selection — principally peer-to-peer rentals and homestays.

Stayzilla CEO and co-founder Yogendra Vasupal told TechCrunch that the service had around 22,000 rooms — 36 percent of which are alternative — across 4,000 towns, as of December 2014. Back in January 2014, he said, alternative rooms represented just 5 percent of its then 5,000 room catalog. With more options to choose from, revenue over that period increased seven-fold, as the company processed around $2.8 million in bookings in December thanks to the surge in non-traditional rooms.

“Alternative accommodation has exploded over the past year,” Vasupal told TechCrunch. He revealed that the company expects this trend to continue, and it aims to hit 50,000 rooms across 8,000 towns by the end of 2015. 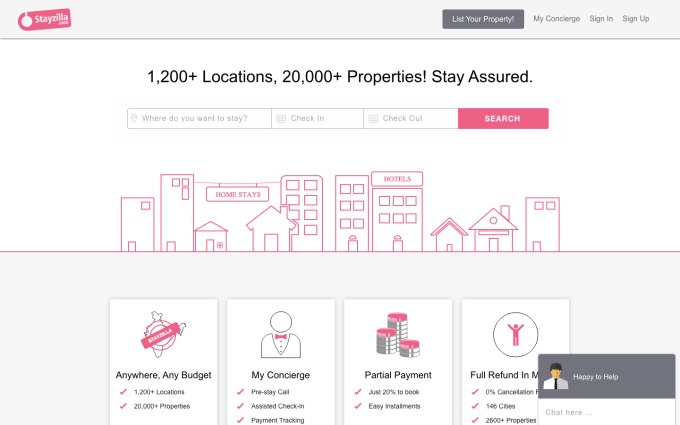 Interestingly, 70 percent of Stayzilla’s business comes from so-called tier-two, -three, and -four towns in India. Yet, despite the relatively scarce use of desktop internet in this part of the world, Stayzilla doesn’t have native apps. That’s because the company realized that so few of its target audience in lesser towns have access to stable 3G internet, many couldn’t even download a mobile app if they wanted, Vasupal explained. For that reason, Stayzilla introduced a lightweight mobile site in April 2014 instead.

And, once again, the progress and data is impressive.

Vasupal said that half of traffic to the site comes from mobile, up from just 10 percent in January 2014. The percentage of books made from mobile during that period also jumped, going from just seven percent to around 40 percent.

Stayzilla has made a push to hire engineering talent from India’s top colleges to develop the tech side of its business, which will soon include native mobile apps which are scheduled for April 2015. More generally, it plans to double its current 350-person team over the course of this year.

Unlike Airbnb, the billion dollar company from the U.S., Stayzila is focused on serving Indian consumers and their lodgings in India, rather than the international community.

Vasupal didn’t seem particularly concerned about its big rival, instead he stressed that Stayzilla accommodate those taking domestic trips in India. A further difference between the two companies is Stayzilla’s role as a ‘virtual concierge’ for each booking. Airbnb lets hosts and guests arrange details themselves via its site, but Stayzilla acts as the interface for customers — taking pressure off of a host, and guarantees a level of service for its customers. 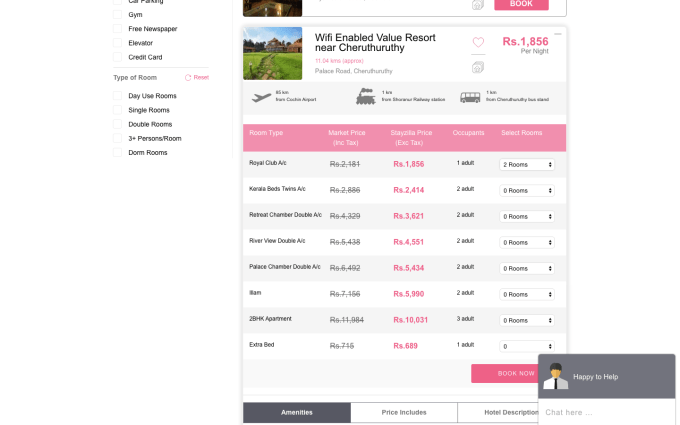