We’ve made it! 2015. The year of hoverboards and self-tying shoes, according to Back To The Future.

So far, we have neither of those things*. But we do have this absolutely ridiculous iPhone case modeled after Doc Brown’s DeLorean, so we’ve got that going for us.

While nifty beyond reason, the case is… admittedly a bit silly. It makes the already portly iPhone 6 considerably bigger, and requires you to slide parts of it around to use the camera, and open the car’s doors to use the volume buttons. It’s perhaps the least practical iPhone case imaginable, outside of encasing your phone in concrete.

I mean, come on. It lights up when people call! The headlights blink with your ringtone! It makes it look like you’re holding a massive toy car to your face! What’s not to love?

Built by Bandai primarily for distribution in Japan, the case is available for pre-order and is set to cost 5,940 yen — or roughly $50, at current exchange rates. Alas, it doesn’t look like Bandai’s ordering system lets you ship outside of Japan… so if you’re trying to get one of these stateside, expect a bit of a markup. 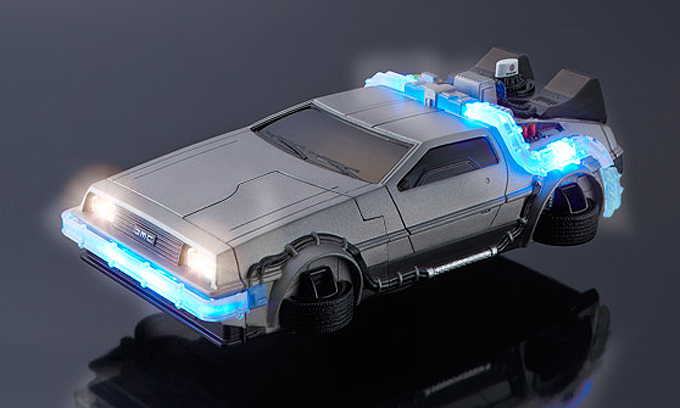