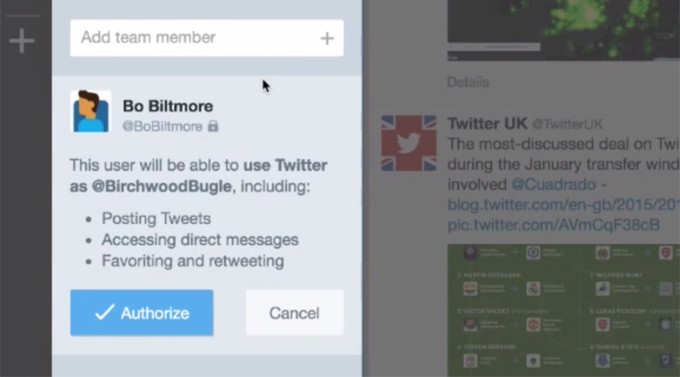 You can use a third-party solution, but then you’re trusting yet another third party to not go out of business, not get acquired and shut down, not go down during business hours, and, most notably, not be awful for its own reasons.

In the 10 years since Twitter’s launch, it’s never gotten around to building its own fix — until now.

Like a number of Twitter’s power-user-focused features, the new Team tool is built into TweetDeck as opposed to the more standard Twitter client.

Here’s how to start using it:

One catch: all contributing users/admins must also be using TweetDeck.