Back in November, the European Space Agency made history by landing a probe on Comet 67P, marking the first time that any spacecraft has successfully landed on the surface of a comet. The mission has taken more than ten years, with Philae having landed on the surface, and Rosetta running tests from orbit.

During the close encounter, Rosetta takes photos as well as samples from the lower atmosphere of the comet.

From the ESA official blog:

The spacecraft has now begun a new phase of observations, whereby it will continue to fly past at a range of distances, typically between about 15 km and 100 km.

The more distant flybys will provide the broader context of a wide-angle view of the nucleus and its growing coma as the comet moves towards perihelion – the closest approach to the Sun along its orbit. Rosetta is today 345 million kilometres from the Sun; at perihelion, on 13 August this year, it will be at about 186 million kilometres, between the orbits of Earth and Mars.

You can follow along with Rosetta and Philae here or check out all the images from the fly-by here. 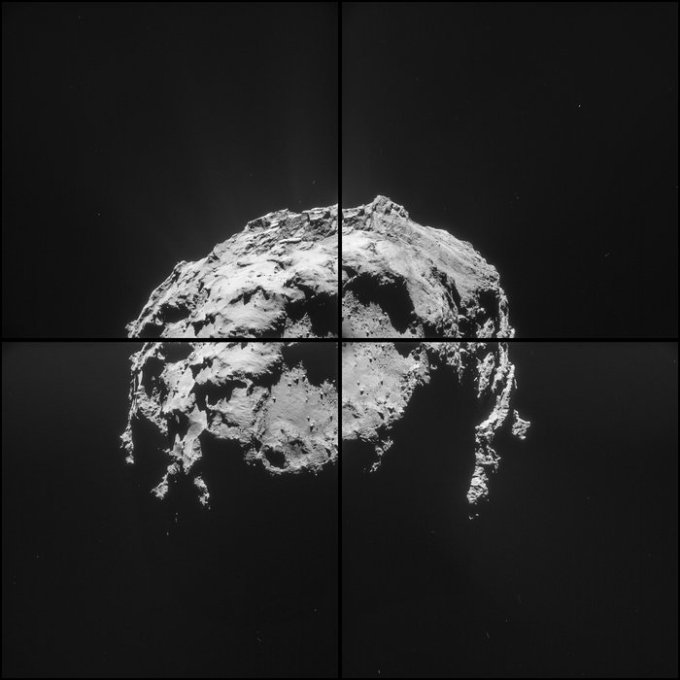