The Apple Watch is coming very soon, with a launch date of April offered by none other than Apple CEO Tim Cook, so understandably, the supply chain is moving to meet initial demand. Apple has ordered between five and six million devices to be produced in preparation for the kick-off of sales, the Wall Street Journal reports today, a figure which puts Apple’s expected demand for its first wearable somewhere close to initial expectations for the original iPad.

Apple’s smartwatch is expected by many to obliterate the existing appetite for wearables from other manufacturers, and an initial order of 5 million would indeed reveal anticipated sales far above the estimated 720,000 devices across all Android Wear manufacturers the occurred during the entirety of 2014. But Apple is also nimble with its order and supply chain structure, so this could change quickly depending on whether we see far more or far fewer shoppers flock to the Apple Watch upon its release. 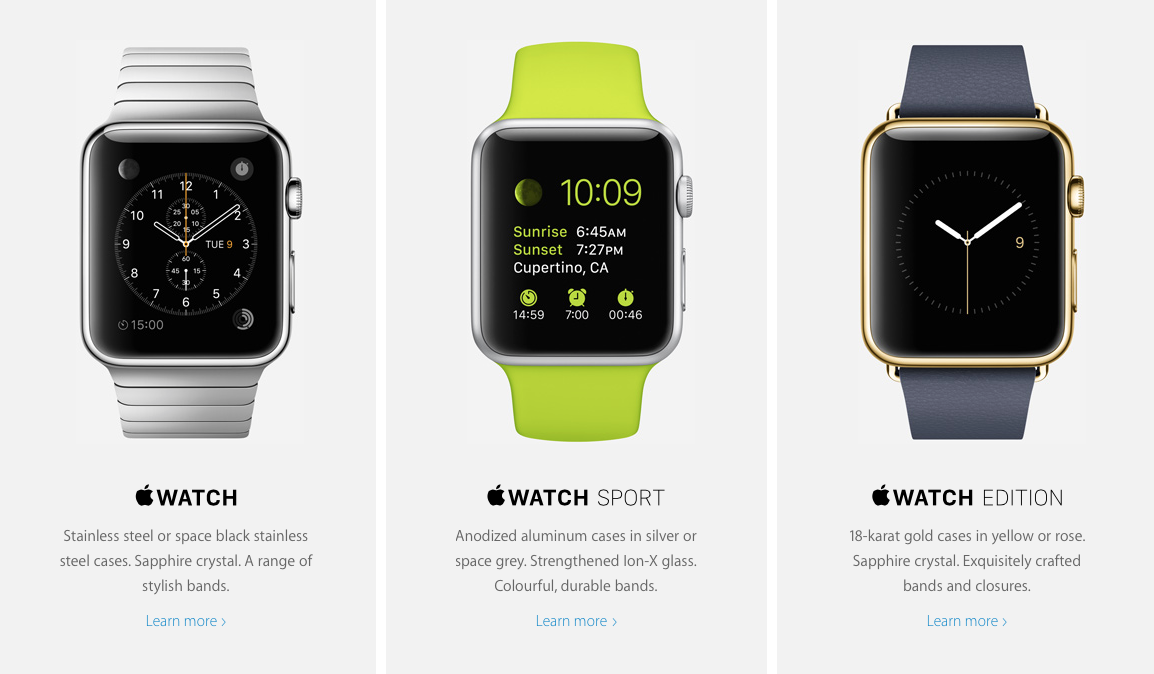 Apple’s distribution of sales is another factor that separates this launch from others, in addition to the brand new product category. The Apple Watch is being sold in three lines, with an Apple Watch Sport occupying the entry-level, the Apple Watch taking up the middle ground and the Apple Watch Edition occupying a potentially stratospheric upper price range. The WSJ report says that half of initial production is geared at the Sport, which will be priced starting at $349, with one-third dedicated to the Apple Watch and the remaining orders dedicated to the expensive Edition models, the cases of which include solid 18-karat gold construction.

The Apple Watch is a brand new category for Apple, and it also requires that users already own an iPhone in order to use the device, so initial sales are unlikely to anywhere close to the level of an iPhone launch. Still, Apple is entering a market where the high bar of success for any individual manufacturer thus far has been Pebble, which shipped 1 million devices between its launch in 2013 and the beginning of this year. That means Apple is almost guaranteed to obliterate any previous wearable records, leaving how far beyond the competition it can truly go as the only remaining question.