Families today often have more photo-taking devices than family members, which has led to the problem of people having massive numbers of photos and videos, none of which are properly organized and shared. A Boston-based startup called Lineage Labs, launching today and backed by $4 million in seed funding, is working on a solution. It’s introducing a product called “Bevy,” a service that offers families both local and private storage combined with online backup.

The company is one of the first to be funded by Blade, the consumer technology incubator created by Kayak.com’s co-founder Paul English. Blade contributed half of Lineage Labs’ seed funding, while the remaining comes from angel investors.

The system is an alternative to cloud storage solutions like iCloud, Google Drive or Dropbox, for example, as it’s designed to store content locally on a connected hard drive placed in the home, which is where the photos and videos from all family members are saved. This drive, the “Bevy,” is meant to be set up in the family’s entertainment center, as it can also be plugged into the TV to display its content. 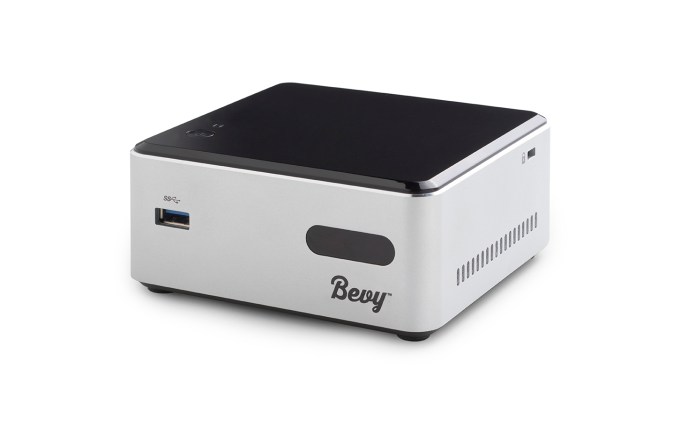 Initially, the drive offers 1 TB of storage, though it can be expanded by plugging in any other USB hard drive to the back. However, the company says that, in time, there will be other storage tiers available beyond 1 TB. In addition, the drive works with SD cards from digital cameras, USB flash drives, and the full solution includes both desktop (Mac, Windows) and mobile (iOS to start) software that uploads photos to the Bevy drive from any connected device a family member owns. 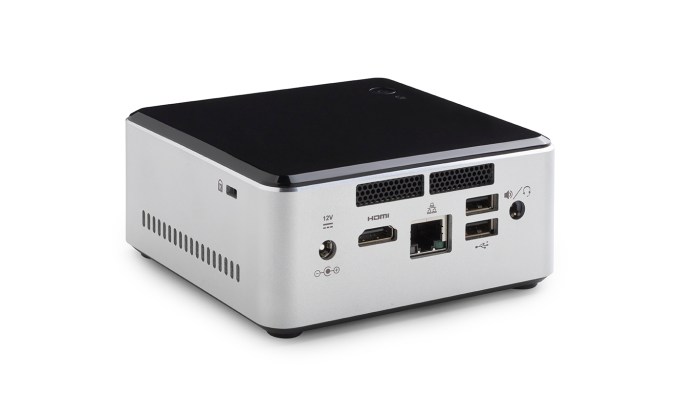 The startup is very similar to Odysee, a photo and video backup company Google acquired just this past month. However, Odysee backed up photos to the family computer, not its own hard drive. But another competitor, Lyve, is still up-and-running with a solution that’s also much like Bevy’s, as it, too, offers a home storage box for family photos and video.

Cleary, there are several companies that believe cloud storage alone is not the best solution.

Lineage Labs’ co-founder and CEO Firdaus Bhathena, a father of three, says he personally faced the problem Bevy aims to solve, as photo storage and sharing within his own family became a constant source of frustration.

“We’re always asking each other for photos,” he says, noting this happened both inside the immediate family and even with extended family and close friends. “It’s just become really hard to do the things we like to do with photos,” Bhathena adds.

That is, it’s difficult now to collect them, organize them in a reasonable way, protect them and enjoy them.

At launch, Bevy’s software will allow family members to view and filter their photos and video using metadata like location, device, date and more. That way, you can ask the system to show you all the photos taken at the beach in June that were shot with the Canon DSLR, for example.

Family members can also tag and favorite photos, which allows the best to rise to the top. And over time, the company wants to add more smarts to the system, in order to curate photos in an automated way, as well as pull in photos from other sources, like Facebook.

The Bevy 1 TB drive and software will sell for $249 at launch (to increase to $349 at retail). Optionally, consumers can add on Bevy’s own cloud backup service for $59 per year. This copies the photos and videos stored on the drive into the cloud for private backup.

The advantage to the product, says Bhathena, is that it’s solving the need for photo-sharing among in a multi-user household – something that today’s cloud services don’t address.

And it’s also doing so in a low-tech way. Users don’t have to create an account with a username and password – the system just connects to a device via Bluetooth during setup, and users can then enter in their name. Meanwhile, the interface itself is designed to be very straightforward adn simple to use.

“Everybody from a four-year old to a grandparent can use this thing without a manual,” notes co-founder Nancy Dussault Smith, who spent 13 years running marketing at iRobot before joining the company.

The Bevy drive is available for pre-order today, and expects to ship by October.