Different strokes for different folks. But what about different apps? Tinder brought ruthless efficiency to online dating. Yet the same way people gravitate to distinct nightlife spots depending on their style, we’re seeing an explosion of niche dating apps all based on Tinder’s familiar swipes. No matter how special you are, they’ll help you find your special someone.

This is JDate 2.0. Sure, there’s been specialty dating services since before the Internet. Christian singles. Busy professionals. Seniors. And they were ported or reinvented for the desktop web.

Still, a few factors prevented them from getting especially large. Each new service required another signup, building a profile, and learning a new interface. Some cost money. Others required more time or effort. And no matter what, many could only be used while you were home, which made them feel inherently lonely. 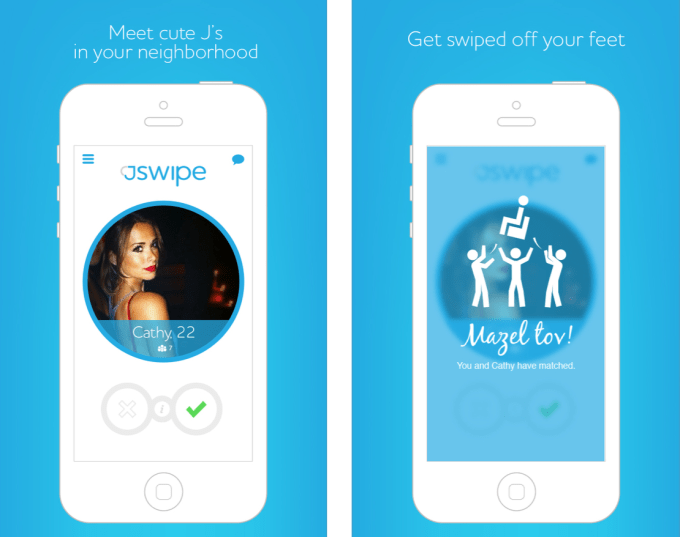 The Micro-Tinders break down all these barriers to love. Facebook login and camera roll permissions makes signup a breeze and creating a profile nearly automatic. Most use the swipe-right-to-approve-someone mechanic. They’re typically free, and use filters and algorithms to do the work for you. And anytime you long for companionship or just another warm body, you can try your luck at the big singles bar that is the Internet.

Dating has become scalable. Joining each additional dating app has almost no added *cost*. We’re not incentivized to join just one.

Hence, the rise of Hinge for yuppies, The League for elitists, Bumble for shy guys, The Catch for wordsmiths, Meld for black professionals, Willow for those who care about personality not looks, HeavenlySinful for those who want to get laid, Thaijoop for ladyboys (kathoey), SaladMatch for health nuts, Uniform Dating for people in the armed forces, and the list goes on. With time, I’d bet every discernible sub-culture will crave a Micro-Tinder of its own. Punk rockers, hippies, nerds, goths. Religions. Races. Bizarre fetishes you didn’t know existed. 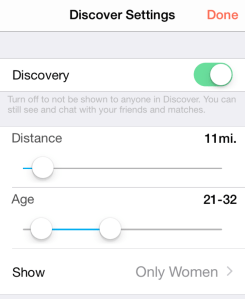 Sorting people does have its risks. Plenty of critics have blasted The League’s exclusionary model that effectively discriminates against people from lower socio-economic classes by using people’s jobs and colleges as admission criteria. The very idea that different races need their own dating apps is conservative bordering on racist. Shouldn’t there be mobility in love?

Still, these apps are popping up for a reason. People want them. Traditional dating has long depended on some overlap in your lives, whether that’s a place you frequent, a mutual friend, or a community you’re both part of. Niche dating apps create little clubs where people feel comfortable because there’s some shared context.

The question is how much of this specialty market Tinder is going to try to own, and how much it will cede to its pint-sized competitors?

Right now, Tinder seems to be sticking with its one-app-fits-all approach, and CEO Sean Rad told me it wasn’t focused on catering to niches. The only preferences you can choose for who you see are age, distance, and gender. That doesn’t mean Tinder isn’t trying to show you your type of people. It quietly watches your swiping patterns to show you more mates that fit your fancy.

Here’s my interview with Rad at TechCrunch Disrupt SF 2014 where we discuss specialty dating apps and how Tinder has influenced the world.

But I think it’d be wise for Tinder parent company IAC to at least explore the idea of building its own Micro-Tinders, adding some more segmentation into its main app, or buying out specialty dating apps with strong growth and engagement.

The primary complaint I hear about Tinder is that you might come across hot people to swipe right, but finding someone who matches your style can take plenty of train wreck dates. Better sorting preferences could connect people who are actually compatible, whether that leads to marriage or just a fiery tryst.

Whichever apps deliver the best matches will win. Sure, there’s much to be done with algorithms, machine learning, and artificial intelligence when it comes to playing cupid. But apps can go a long way just by asking people what they’re into.

We’re going to need better filtering and discovery if our species is going to navigate the age of “Big Dating”.

There are differing definitions, but I see think of it as referring to the current, globalized dating scene where the Internet presents us with so many more potential mates. Once upon a time, you chose your mate from a small pool of candidates determined by your location or social graph. Now, apps like Tinder expand that pool until it’s nearly infinite.

That could a bad thing. It’s choice overload. 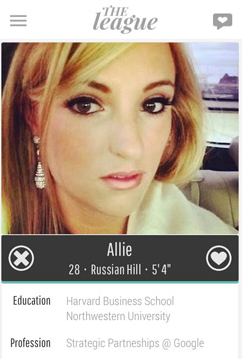 have shown that increasing the number of options makes a decision maker less satisfied with whatever they choose, because they worry they’re more likely to have made the wrong choice. That’s problematic for dating, since romance and companionship are such critical components of happiness. So many potential mates grows the opportunity cost of selecting one, so we’re less likely to be happy than if we chose one of the 20 options for a partner in a small town 200 years ago.

An alternative perspective is that by having more options, you’re able to triangulate your own identity. If people embrace Big Dating and go on lots of dates, eventually they’ll learn enough about what they want (and their own faults) to pick a partner they can be satisfied with long-term.

But whether Big Dating’s options make things better or worse, you still have to sort through them all. Whoever builds the sieve that lets us pull jewels out of the mud will be the real winner of this new romantic gold rush.