Two-thirds of North Dakota will soon be open for drone testing. The Federal Aviation Administration (FAA) today announced that it has greatly expanded the existing drone test site in the state and, thanks to a second expansion that’s already in the works, the test site will eventually cover two-thirds of the state (so this is really becoming more of a “drone test state”).

The FAA and its partners operate six drone test sites in the U.S., but it looks like the North Dakota site is now the largest. Just like the other test sites, the so-called Northern Plains UAS Test Site is meant to help the FAA work out rules for integrating drones into the rest of the existing aviation system. 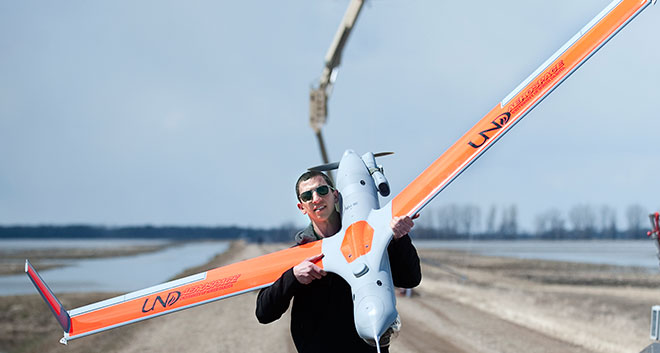 There are currently five different types of drones — all under the 55-pound limit the FAA sets for “small drones” — that are allowed to fly in this airspace.

It’s worth noting that the test-site operators will still have to inform the FAA when and where they plan to fly so it can then notify pilots that a specific area is active. Just like before, all flights will have to be operated by licensed pilots and under standard visual flight rules (so those drones won’t be flying through any clouds anytime soon).