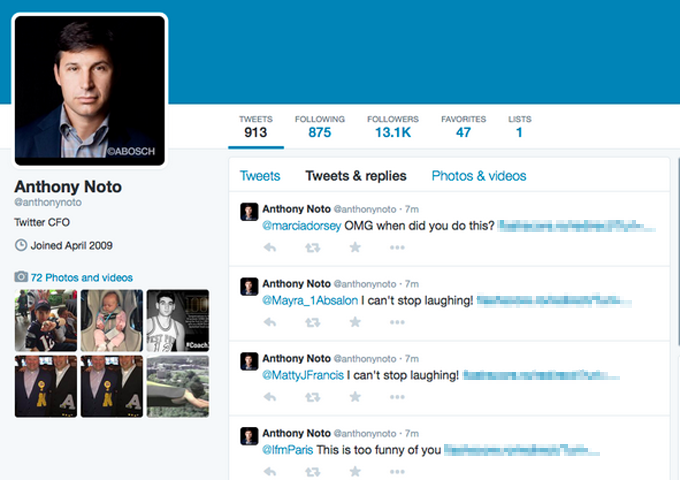 Twitter has a bit of a security problem. Taylor Swift, Chipotle, Newsweek — it seems each day brings another hijacked account or two.

For about 20 minutes this morning, Noto’s account was blasting out a massive torrent of spam.

Twitter has yet to comment on how the account might have been taken over. Given that it was used for spam rather than a political message, it’s possible that this wasn’t a targeted attack, instead relying on something like an old, forgotten API key left behind on a leaky third-party service.

It’s perhaps a bit revealing, though; if the company can’t keep the account of one of its own top executives locked down, what about its other 288 million active users?

Note: URLs were obscured in the screenshot above to blur links to potentially malicious sites.