Wearables for women are already having a big year. Companies like smart ring maker Ringly and jewelry maker Cuff have both raised significant rounds of new funding in early 2015, as they work to bring their attractive smart jewelry to the mainstream. Now, a new competitor Trellie is poised to enter the space this spring, thanks to a newly inked design and distribution partnership with a jewelry manufacturer who works with brands and retailers including Henri Bendel, Vince Camuto, Marc Jacobs, Kate Spade, HSN, Lord & Taylor, Nordstrom and Macy’s.

The manufacturer, Glitterrings, isn’t a household name, admits Trellie CEO Claude Aldridge, but they do white-label their jewelry for a number of well-known fashion brands. And while Aldridge isn’t prepared to make any announcements about what this means for Trellie, he would say that the company has been in discussions with Trellie’s partners and others, including Trellie’s retailer connections.

“The department stores – these people are all over getting wearables for females into their stores as soon as possible,” says Aldridge. “And it’s not just us,” he adds.

Just six months ago, the retailers were worrying about how they could even fit wearables onto their stores’ shelves, Aldridge explains, but things have since changed dramatically. “Now, they’re like ‘how soon can you get me products?,'” he says. 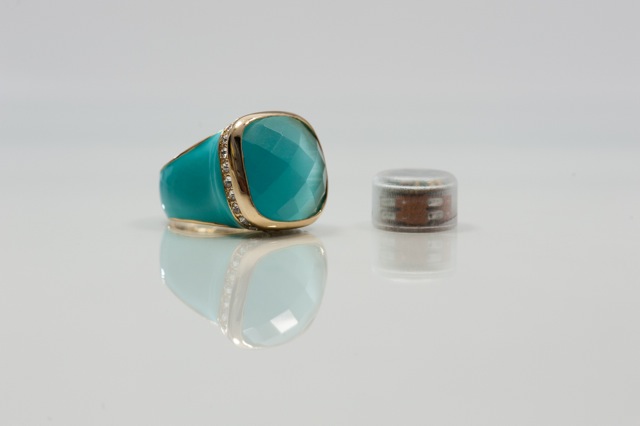 Trellie got off the ground in 2012 in Kansas City, and its first product was a charm that hung from women’s handbags, alerting owners to incoming calls and texts. Kickstarter backers funded the project with a $33,000 investment, and the team shipped around 4,000 units.

But what Aldridge says he and co-founder Jason Reid learned from the experience is that “two guys from Kansas City had no right to design beautiful products for women,” he jokes. Instead, they realized the better path forward may be to partner with established brands, allowing Trellie to focus on the part they know the best: the technology.

Trellie holds a patent that addresses how wearables can process incoming communications like calls and texts, and apply contextual information to those events – something that can help it establish itself in the space, and better compete with others smart jewelry makers.

Today, Trellie makes a small “nugget” around 15 mm x 10 mm in size that can be moved in between different accessories, like rings and bracelets. In conjunction with a mobile application, Trellie’s smart jewelry can light up or vibrate when you’re receiving calls or texts, or it can notify you of calendar events, and soon, more. 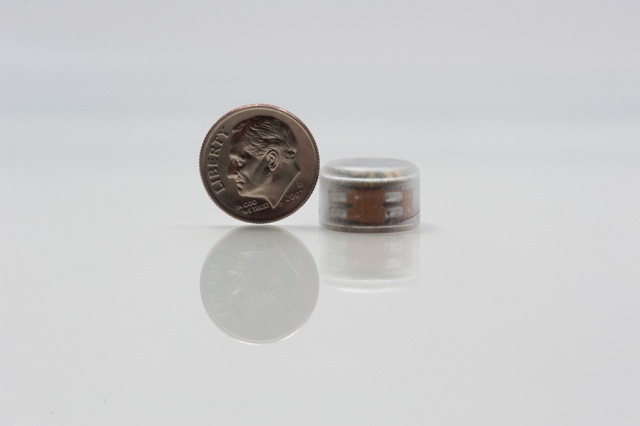 This spring, Trellie will begin to sell its “starter kit” including a sliver- or gold-plated ring, the nugget, and a charger for $99 to $129 (retail) in stores and via pre-orders on its website. Alongside this kit, consumers will also be able to opt to buy accessories like bracelets for $35 to $50, in order to have more jewelry options.

Aldridge explains this modularity is a differentiating factor, when compared with something like Ringly, because mainstream consumers don’t necessarily want to wear the same jewelry every day – and they certainly don’t want to spend $200 on each new piece just have some variety.

The company plans to launch with 10 different styles of accessories in addition to the starter kit, each of which comes in four or five colors. Glitterings, which has its own manufacturing, will handle producing the items and getting them to stores.

The smart jewelry market, however, is not yet proven. While there’s certainly some fascination with the idea of connected devices, thanks to successes like the Fitbit or the forthcoming Apple Watch, there’s still the possibility that women will view connected jewelry as something of a gimmick. Will these pieces become a part of women’s everyday lives, or eventually get shoved in the back of drawers as consumers tire of constantly having to charge their rings, bracelets, and pendants? And will any of the jewelry being shipped ever extend beyond the “costume” space, which, thanks to the size of the technology required at present, still often involves over-sized cocktail rings or bulky bands and bracelets.

With Trellie’s nugget (which the company claims it’s making smaller in the future), there’s at least the potential to allow fashion brands to create their own lines of smart jewelry – something they know how to do better than tech startups. It will be interesting to see, though, if Trellie can make those sorts of deals happen.

To date, Trellie has raised a little over a million, in a seed round led by Ron LeMay, the former CEO of Sprint PCS and Japan Telecom and current Chairman of GoGo Wireless. The company is now in the process of raising an additional seed round, but isn’t disclosing details.