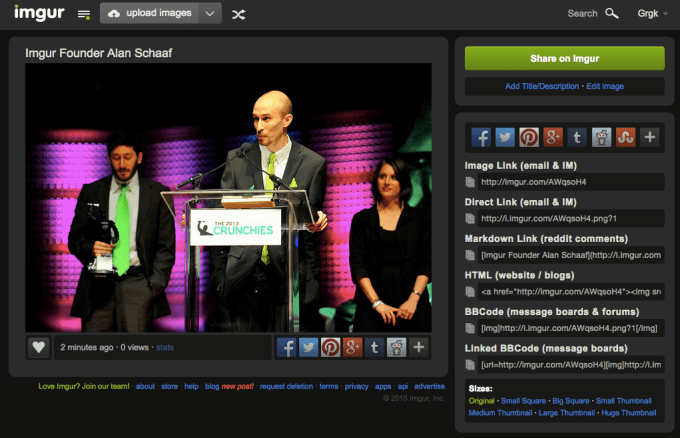 Do you, like much of the Internet, turn to Imgur for your one-off image hosting needs? Want the features that come with an Imgur Pro account, but don’t want to… you know, pay for it?

Good news! Imgur Pro doesn’t exist anymore. The company has ditched the $3 per month (or $24 per year if you pay in advance) subscription offering, and opened up (most of) the Pro-only features to all.

The not-so-good news: if you were paying for Imgur Pro to support the company without having to look at ads… yeah, that’s not an option anymore. The site is now fully ad-supported, regardless of how much money you’re willing to throw at the screen.

They’re also killing off at least one feature all together.

If you purchased an account in the last 30 days, you should receive a refund from the company automatically.

Some once-Pro users are complaining about the lack of an ad-free option, and the company says they’ll “take [that] feedback into account” — which, of course, tends to be the nice way of saying “We’re probably not going to do that.”