Tyler Perry Contributor
Tyler Perry is partner and general manager at Bateman Group, a PR and social media communications firm with offices in New York and San Francisco.
More posts by this contributor

When WeWork scored a $355 million funding round with a stunning $5 billion valuation at the end of 2014, the shared workspace startup became the poster child for New York City’s exploding tech scene.

For New Yorkers, however, the sight of increasing numbers of tech offices has become ever more common.

While Silicon Valley grabs attention as the center of the tech universe and birthplace for some of the biggest startups, the most recent growth data shows that the NYC tech boom is living up to its own Silicon Alley hype.

A confluence of forces is behind the rising tide of the city’s tech.  A voyage inside the workings of New York City’s startup scene reveals tech players and funding drawn to the region’s bedrock industries of finance and fashion, and media, marketing and commerce.

New York has also been the beneficiary of city and state policies favoring business incentives to attract tech in the wake of the financial crisis and jobs exodus. Mayor Bill de Blasio has continued in the footsteps of former mayor Michael Bloomberg, making tech central to the scene.

“Technology is driving innovation across New York City’s industries – from fashion to finance to manufacturing, making it more necessary than ever for the City’s digital community to have a central platform,” Mayor Bill de Blasio said at the October launch of Digital.NYC, the city’s hub of tech services intended to make the digital economy accessible to all New Yorkers. 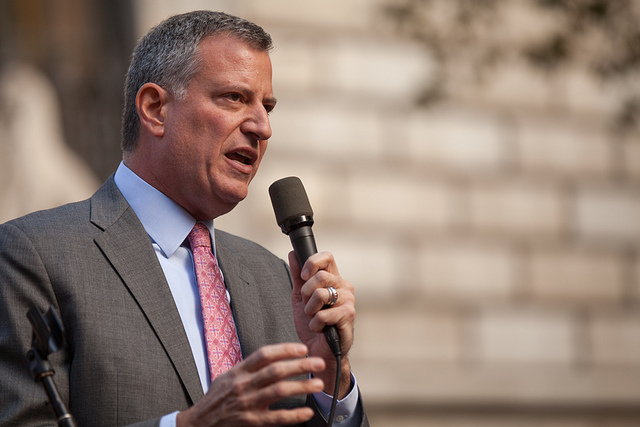 Like San Francisco’s tax credits to Twitter and others, New York City has also extended tax breaks to attract tech. Buzzfeed in December was granted a $4 million tax credit for its new 194,000 square foot headquarters to encourage it to stay amid concerns it may go elsewhere. That came after Etsy scored a new 200,000 square foot Brooklyn digs and a $5 million tax break. It’s a trend that’s playing out repeatedly across New York City.

Another factor weighing in New York’s favor: tech job growth is exceeding Silicon Valley’s. Since 2008, technology employment in New York has grown roughly 40 percent, with financial and legal services coming in below pre-recession numbers.  While the growth in New York has been slightly faster than Silicon Valley — 8.4 percent versus 5.2 percent as of June, according to commercial real estate giant Jones Lang LaSalle — the size of Silicon Valley’s workforce still remains significantly larger than New York’s, at 213,000 compared with 90,000.

The biggest single indicator that NYC tech is rocketing, however, is its venture capital deal flow. Venture capital has taken a huge leap in NYC, signaling a wave of new opportunities particular to the Empire State.

Venture capital investments jumped 138 percent to $1.7 billion in the New York Metro region in the third quarter compared with a year ago, according to PricewaterhouseCoopers and the National Venture Capital Association. For the same period, Silicon Valley venture capital grew 20 percent to $4.4 billion.

Investments in the metropolitan area companies are coming for good reason. Media and entertainment, retail and consumer products are all regional strengths, attracting new businesses centered on tech.

New York has long owned the title of media capital of the world. That is now extending deeper into the digital arena. Investments in media and entertainment shot up more than threefold to $1.8 billion across all regions, and much of that came to the big city.

New York, of course, is a worldwide center for commerce, especially for fashion, art and investments. It’s therefore no surprise that the city’s become a hotbed for online retail upstarts. Investments in retail shot up sixfold to $233 million last quarter for all regions, including New York City, as startups emerge to shake up businesses in previously insular industries void of innovation.

Flash sales sites became all the rage in the recession but have since struggled to gain footing as continued product availability remains a growing concern in up markets. NYC-based Fab took in $336 million in venture capital over several years and flamed out, selling in November for a reported $15 million.

It remains to be seen whether rival Gilt Groupe, which has taken in $236 million in funding, will prosper amid IPO speculation. The company’s trailblazer status and deep roots in the fashion industry have enabled it to maintain a following and continue to get good merchandise. Another beacon is Artsy, which received $18.5 million this year for its efforts to connect more people to the cutting edge art flowing in and out of New York’s galleries.

Product to the People

NYC is also a hub for startups that are evolving in core commerce areas. Consumer products and services shot up nearly fivefold to $453 million in the quarter for all regions, with investments going to New York startups.

The new generation of retail startups is mixing content marketing and product curation. Think companies like Thrillist Media Group, which blends content with commerce aimed at men. The startup category includes New York-based Birchbox, which offers subscription boxes of beauty samples as well as relevant content and tips. It attracted $60 million in 2014.

Consumer financial services are an area of slow and steady growth, with startups like Betterment, which closed $32 million in 2014 to open up the wealth management industry to the 99 percent. Then there’s OnDeck, whose late-2014 IPO is riding the online lending wave started by Lending Club and Prosper. 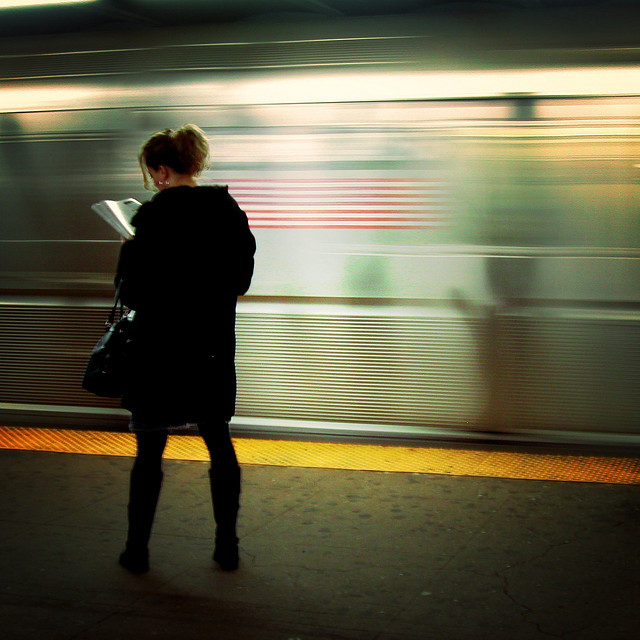 Does all this mean New York City is on its way to having its own stable of so-called tech unicorns? This trajectory is likely to continue. That’s because retail, media, finance and fashion are all industries native to New York.

So with the economic factors and the existing talent pool, tech companies that are innovating in those industries will continue to gravitate here. Additionally, the lowered barriers of entry mean that we might see more tech companies migrating to the Big Apple with the goal of being closer to the media, fashion and financial giants that they are selling to or disrupting.