Scientists have it rough. Not only do they have to protect us from giant monsters from another dimension (see Pacific Rim, Cloverfield) but they also have to create reproducible experiments and techniques in the lab. That’s where ZappyLab comes in.

“[Co-founder] Alexei Stoliartchouk called me on January 7, 2012 asking if we can build an app for biologists, said co-founder Lenny Teytelman. “I came up with the recipe checklist idea. Three weeks later, I called him and asked, ‘If we give the scientists a ‘share’ button, can we create a crowdsourced repository?’ That was the key moment.”

The team has a background in computational and experimental biology, web development, and management. They are bootstrapped with $100,000 and $800,000 in seed. The team also ran a Kickstarter campaign and raised over $50,000.

“We are the only ones seriously developing not just web, but also native mobile on iOS and Android for scientists. We are the only trying to create a GitHub-like science communication resource – crowdsourced, open, up-to-date repository of science methods,” said Teytelman. 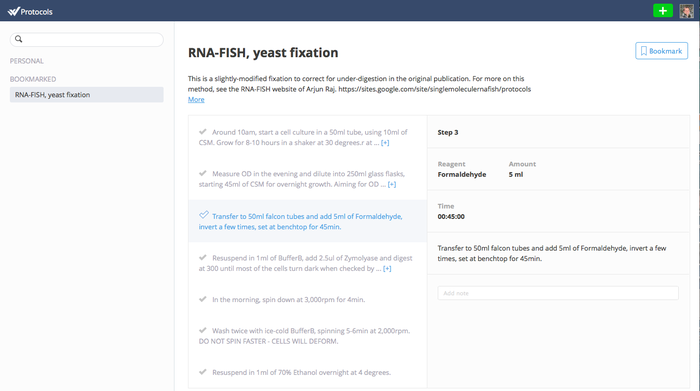 How does it work? As Teytelman explained, the service allows you to share research protocols and techniques in a collaborative way. For example, Teytelman said he often finds experiments in journals with steps missing or incorrectly described. By sharing them online, researchers can recreate experiments and work together more readily.

The team is pretty excited and has some big goals.

“Vaccines, climate change, aging, cancer research – the work that impacts everyone and everything – will move significantly faster because of what we are doing,” said Teytelman.