DesignCrowd, an Australia-headquartered marketplace that connects freelance designers with clients and potential projects, has closed a $6 million Series B round that will be used to grow its business in major Western markets.

The round was led by new Australia VC firm AirTree Ventures, as part of its $60 million fund, with participation from existing investor Starfish Ventures. The deal sees AirTree’s Craig Blair join the now-four person DesignCrowd board.

This latest influx of capital for DesignCrowd, which was founded in Sydney in 2007, follows its $3 million Series A in 2011, which was then extended by a further $3 million two years later.

That past funding was used to internationalize the service, and Alec Lynch, founder and CEO of DesignCrowd, told TechCrunch that the new money will be spent increasing the service’s presence in major English-speaking markets — primarily the U.S., Canada and the UK — developing new technology and improving customer service.

Lynch confirmed that DesignCrowd plans to double both its five-person engineering team in Sydney, and its eleven-person customer service team, which is located within its office in the Philippines. The company will also make new hires in its third office in San Francisco.

“We plan on scaling sales and marketing globally, that is, outside of Australia and especially in the U.S.. Already 75 percent of our revenues come from outside of Australia, but we believe there’s huge room for further growth,” Lynch added in a statement. 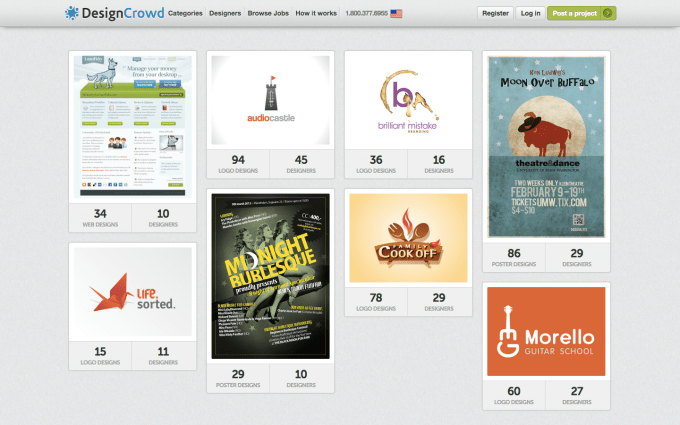 Lynch said that there are no immediate plans to open new offices, but he couldn’t rule out the possibility of adding new locations before the end of the year. He also added that the company may look to acquisitions to boost its global presence.

“There are quite a few smaller players doing what we do, and at some point there might be consolidation in our space. That’s something we’d look at in the future,” he said in an interview. DesignCrowd previously acquired then-shuttered U.S. service Brandstack, which now operates as its sister site BrandCrowd, a site for “ready-made” logos.

Lynch further revealed that DesignCrowd — which takes a 15 percent cut from designers and charges client fees for design projects — facilitated $20 million worth of projects in 2014. He believes that the company can double that number this year.

“Crowdsourcing and DesignCrowd will continue to disrupt the $44 billion traditional design industry… the opportunity remains huge,” he said.

Speaking about DesignCrowd’s longer term strategy, Lynch did not rule out a potential public listing in Australia in the future, while he also said that the company might entertain the prospect of raising investment from VCs outside of Australia for the first time at a later date.