Meet NeuCoin, a new cryptocurrency designed specifically to tip content creators and make online micropayments. NeuCoin is both a startup based in Paris and a new currency. It raised $2.25 million from dozens of business angels and signed partnerships with a few content distribution websites.

NeuCoin explained me why we need yet another new cryptocurrency. Bitcoin presents a few risks when it comes to microtransactions. First, it is incredibly complicated to understand what a wallet is, how it works and why you would need one to pay for a song or a movie. It basically replaces your credit card for online transaction. Yet, this is not enough to convince mainstream users.

On the mining side, there are now very few players and there is a risk that mining becomes an oligopoly. Bitcoin’s original mission of killing banking fees could fade away.

Other currencies, such as Ripple and Stellar are either focusing on other use cases such as international transactions (Ripple) or failed to attract enough users and merchants so far (Stellar). These shortcomings are the reason why NeuCoin is designing yet another cryptocurrency.

NeuCoin uses a proof-of-stake design and economic model, meaning that you don’t need to have more computing power or hold more coins to get even more coins. At the same time, people who choose to use NeuCoins on content websites will receive a few coins for free when they create their online wallets. Companies who decide to work on this new currency and investors will also receive coins. You can read more about all this on the company’s wiki.

The first content partners who also act as a proof of concept are animation studio MondoMedia, music service Jango, and artist promotion company Radio Airplay. NeuCoin wants to make it as seamless as possible to give between $0.10 and $1 to content creators. In some way, it reminds me of Flattr.

The company’s success will also depend on the overall user experience. It will need to be much easier than managing a wallet (something more like Circle than a local software wallet) and much simpler to explain than bitcoin. 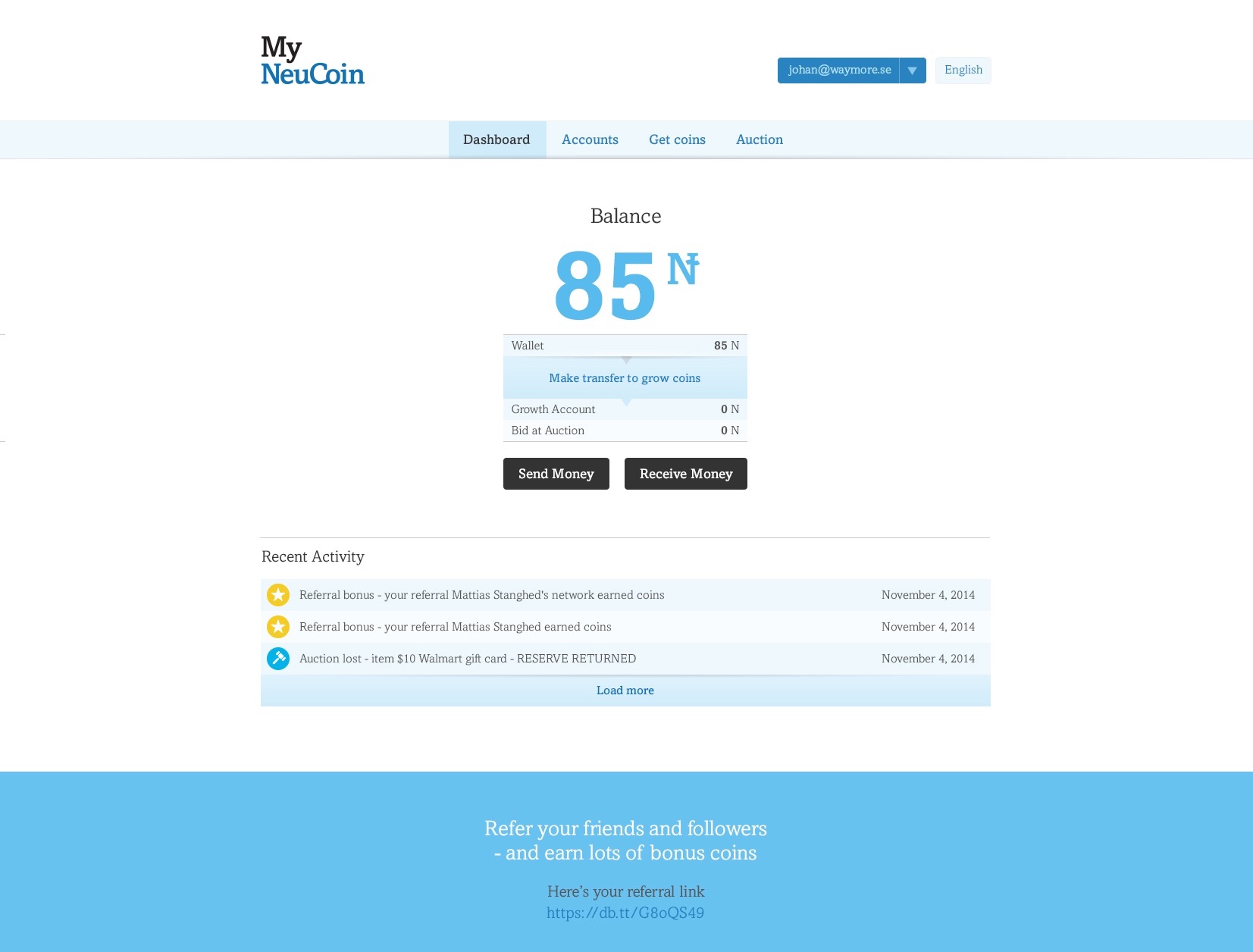