The company’s service was born after one of the company’s co-founders took a trip to Germany to visit his girlfriend. While there, he used the app mytaxi, and the rest is history.

The sweeping popularity of ride hailing apps across the globe tracks mobile adoption rates closely and Brazil is no exception, says Veras.  Currently there are 200 million feature and smartphones in Brazil. And given that the country represents about half of the consumer market of Latin America overall, it’s a huge opportunity, according to Veras.

“What we saw over time, the taxi drivers, their first phone was a small android with a three inch screen and pre-paid service. Then they realized that if they had 3G service they would be able to get more rides,” says Carlos Kokron, a managing director at Qualcomm Ventures. “Then they decided that if they could get a better screen they can get better map service. They turned to 3 gig plans so their passengers can get wifi. There are 50 million phones sold overall in Brazil, and 40% smartphone penetration within the country,” Kokron says. 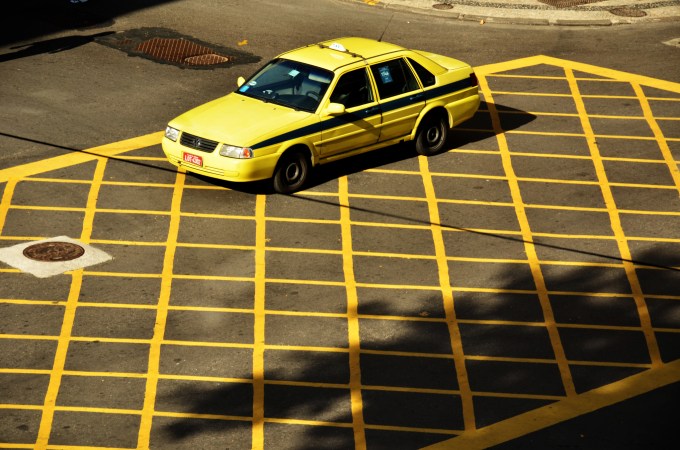 Company co-founders Renato Freitas, chief technology officer at 99Taxis; and Ariel Lambrecht, the company’s chief product officer had previously worked at a startup distributing class notes and prep tests for students around Brazil. While developing that business they worked with Veras who had previously served as a managing director for the entrepreneurial development non-profit Endeavor Global.

When the the two entrepreneurs came to Veras with their new business plan and the bare bones app they developed, Veras says he was immediately on board.

“We got started in mid-2012,” says Veras. “We were following what’s going on elsewhere, but realized that the Brazilian market is unique.”

The licensed taxi industry in Brazil is worth about $8 billion a year, according to Veras, and 99Taxis is getting a significant chunk of those rides on mobile devices now.

When they launched the app in 2012, it was a free service for both drivers and riders, but six months ago 99Taxis rolled out a mobile payment platform; taking a 9% commission on transactions made through the service.

Most riders still pay with cash in the country, and roughly one-third of drivers don’t even have bank accounts, Veras says.

Part of the company’s financing will look to bridge that gap as 99Taxis mulls launching a service to distribute a prepaid-card-like service to drivers that would enable them to receive payments via a disbursement system managed by 99Taxis. However, the bulk of the company’s new financing will be spent on marketing and new developers to roll out additional products and services.

Veras says the company will increase its headcount from 100 to 150 employees in the wake of the financing.

In the world of mobile ride-hailing apps, there’s a tendency toward duopolies with Lyft and Uber battling it out in the US; Didi Dache and Kuaidi Dache in China; Taxi For Sure and Olacabs in India. In Brazil, the two largest are 99Taxis and the Rocket Internet-started Easy Taxi.

With the new commitment from Tiger Global, 99Taxis hopes to replicate the success other localized startups have had when tackling Easy Taxi’s entrance into an emerging market, says Veras. Easy Taxi shut down operations in Malaysia, India, and Hong Kong, not long after local rivals raised large rounds.

Other international contenders are also making their way into Brazil, but not without their own problems. Uber, the perennially troubled ride-hailing powerhouse, has met with the same roadblocks that have bedeviled the company in other countries.

“The taxi drivers have a very strong lobby, and [ride sharing] is a niche,” says Carlo Dapuzzo, a partner at Monashees Capital. “There’s not that many black car drivers in Brazil. If they want to grow into Brazil they either move into the cab space — where there’s practically a duopoly — the other option is to launch the UberX.”