I am standing on a street in Syria when the bomb goes off. My ears ring so loud I can hardly hear the screams as I stumble through the smoke. Looking down, there’s a man cradling a crimson-soaked loved one on the curb. Others run for cover. I pull off my virtual reality headset.

I’ve never been to Syria. Never been in a terrorist attack. Never experienced the confusion and fear, the loss of faith in my species in the face of senseless violence. But now I know just a little bit what it feels like. And it makes me want to help. 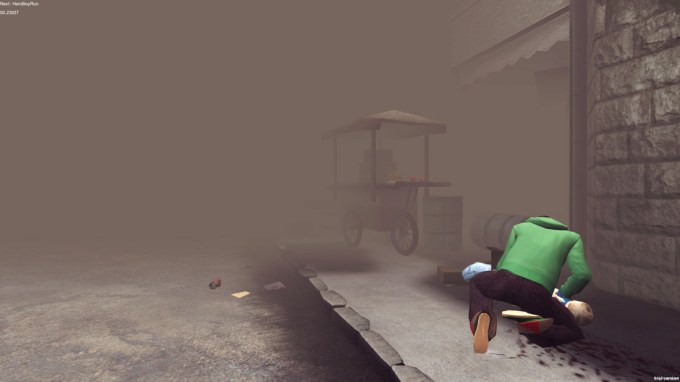 What if you really could walk a mile in someone’s shoes? Shared perspective breeds understanding. Until now, though, the closest we could come to that old saying was through video documentary. Follow someone around long enough and you get a taste for what their life is like. But it’s still their life.

Virtual reality represents a giant leap forward in mankind’s propensity for compassion. You don’t just walk in someone’s shoes, but see the world through their eyes. In essence, a virtual reality headset is an empathy machine. 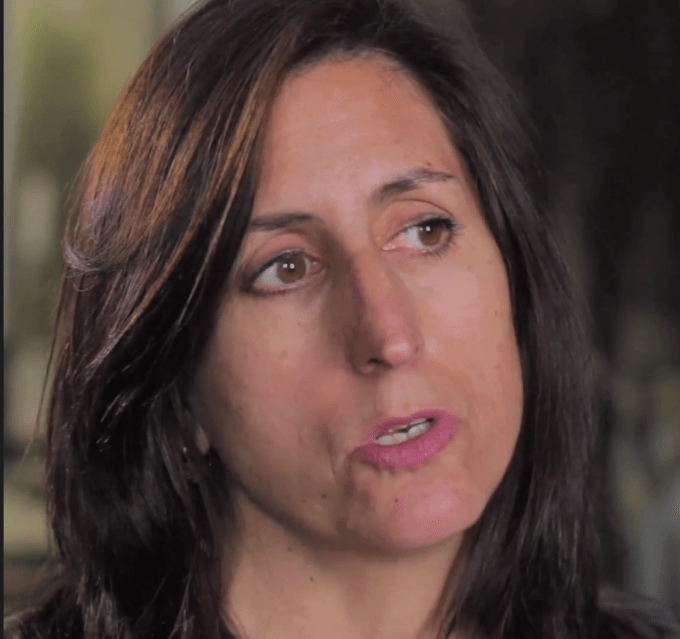 Most people think of video games or maybe immersive cinema when they think of VR. But a burgeoning group of creators are producing virtual reality documentaries with unprecedented ability to affect us emotionally.

Project Syria is perhaps the most vivid to date. Its creator Nonny de la Peña tells me “Syria is so far away from most Americans. How do you attract a younger audience who might not pick up the newspaper to think about these important issues? That’s the point of all good journalism.”

But what you read in the New York Times or see on CNN pales in comparison to the power of VR journalism. It’s a term I think we’re going to hear a lot of.

It was certainly the talk of Sundance Film Festival’s New Frontier building, which showcases experiments in the future of cinema. 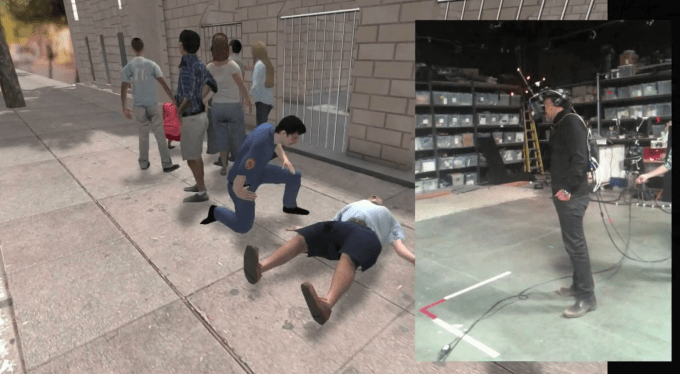 One moment I’m comfy amongst the movie goers in Park City, Utah. The next, I’m marching through New York with the anti-police brutality protests that followed the verdict which let Eric Garner’s killer go free.

The air is electric, not just the screen. The claustrophobic volatility spurs me to keep looking over my shoulder to make sure the cops aren’t closing in. Chants emanate from the surrounding crowd. My vantage point moves along with the 360-degree camera’s, meaning I’m not just watching this act of civil disobedience. I feel like I’m part of it. This isn’t a documentary about the protest. This is the protest, digitized.

“Journalism is about bringing people to an event or something that they couldn’t attend,” says Chris Milk, the world’s preeminent VR director. His other works likes the concert Sound & Vision demonstrated VR’s potential to unlock emotions film can’t touch. When you’re standing on stage beside the performer Beck and the crowd applauds, you can’t help but blush and feel bashful. His newest film Evolution Of Verse mimics a lucid dream. You hover over a tranquil lake until a locomotive splashes across its surface directly at you, only to bust into a thousand birds at the moment of impact.

His collaboration with Spike Jonze “VICE News VR: Millions March”, eschews entertainment for empathy. “Here the viewer feels transported to that place. There’s no translation. They’re witnessing it first-hand themselves” Milk tells me. “There’s something about this format that touches a more emotional place in the mind and the soul.”

Perhaps it’s how the distance between our eyes and the scene is dismantled. In the real world, there is no gap, life starts the millimeter your cornea concludes. The intermittent space found watching a television, computer, or mobile phone constantly reminds us to look but not touch. Yet when you sit amongst the die-in on that VR-conjured Manhattan street, you feel compelled to rest a reassuring hand on the back of the protester beside you.

“I can put you closer to another human being than you normally would go in real life” Milk exclaims. His company VRSE’s app will let you watch the scene from home. 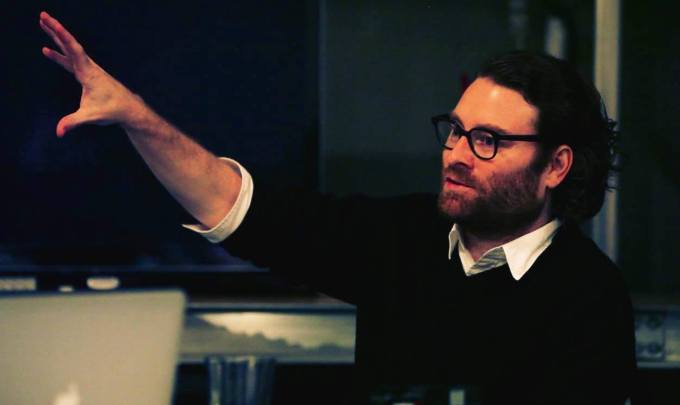 Millions March teleports you in amongst a crew of men writhing on the concrete crying ‘I can’t breathe’, Garner’s last words. You see the passion in their eyes. Their lips quivering with rage and purpose. “If you were there you would keep a natural distance of 10 to 15 feet like everyone else” Milk says. “I’m letting you connect in that space in a way that’s very safe.”

Because while your mind is present, your body is beyond harm’s grasp. You can focus without worry for your own well-being. “You sort of exist in this place without any ego” Milk explains. “You can just feel.”

But some of the most piercing VR experiences won’t make you the victim of tragedy. They’ll make you the perpetrator.

Perspective; Chapter 1: The Party places you at a beer-drenched college gathering. You play Brian, seemingly just another frat guy. As your eyes drift across the party, you come across Gina, pretty but pretty lonely, dancing by herself. You sway together, flirt, and drink.

But fast-forward, and Brian and his buddy have discovered Gina passed on the floor of a bedroom. For just a moment, you hope the two of you have pure intentions as you pick her and place her up on the bed. Then the scene turns sinister. Your friend suggests you take turns having sex with her as he gawks at Gina’s unconscious body. 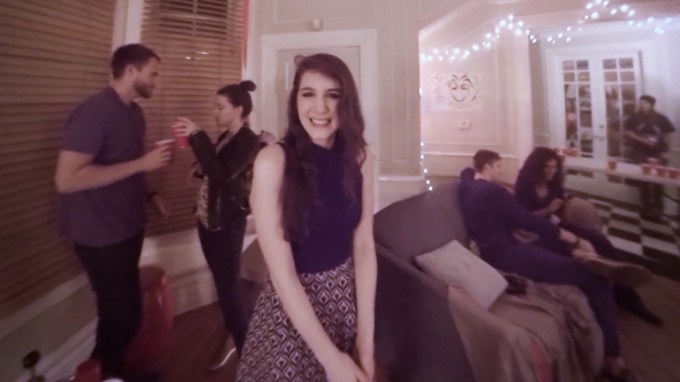 The disgust and guilt are overwhelming. I winced, stomach churning as my character gruffly pulled off her boots. My cringing face relaxed only slightly when the scene went dark as it gets too graphic. The story continues as Brian and his accomplice scramble to escape the party, catching just a glimpse of Gina’s expression of shell-shock at the top of the stairs.

Most VR demos end with an attendant cheerily asking “How was it?!” I was thankful that the woman who took the Oculus Rift headset back from me said nothing. I avoided eye-contact. Left in the exhibition room modeled after The Party, complete with keg and sagging couch, I slinked out silently. These behaviors mirror those of true shame. I wanted to crawl somewhere dark and disappear. Once I began to digest the emotions, though, I wanted to mobilize against campus sexual assault.

“Making people bear witness is effective” says de la Peña.” To make VR journalism even more so, both Milk and de la Peña said 360-degree cameras need to get sharper, cheaper, and more portable. Paired with proper calls to action, simulated scenes could have a real impact on the real world. VR won’t replace being there, but it can scale experiences to a much wider audience.

Milk concludes “We’re starting to move out of the technical ‘wow’ phase of this and into ‘what does this mean for humanity?’”