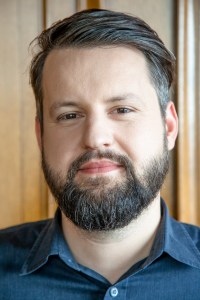 Airbnb has always been pretty design-oriented, but today it’s announcing that it has hired former Say Media exec Alex Schleifer to head its design organization. He’ll lead the user experience and content design teams, as well as working with the production design team.

Airbnb’s roots in design run deep, since the company was founded by two designers and an engineer. After all, the concept behind Airbnb — then AirBed & Breakfast — came about when Brian Chesky and Joe Gebbia rented out air mattresses in their loft to help make rent during the 2007 Industrial Design Conference.

So Airbnb brining in a head of design is not surprising. In fact, the most surprising thing might be that it took this long.

Schleifer is joining the company at a time when the company has already gone through a significant brand and design overhaul. Last summer, Airbnb introduced a new logo and redesign meant to make its website more appealing to customers and easier to use. More recently it’s updated its mobile web design based on an overhauled back end that will help it to roll out new products and features.

But his hire is a long time coming. Schleifer says he spent several months talking with Airbnb’s founders to make sure it would be a good fit.

“The company was in good hands design-wise before they brought me in,” Schleifer told me. But he’s hoping to continue moving the product forward, especially since, as he says, 99 percent of the product is offline. It’s Airbnb’s job to make it easier for consumers to use the product and get out of the way.

He brings with him 20 years of experience as an engineer and designer. He most recently came from Say Media, where he led creative as the company’s SVP and Creative Director. He joined that organization after Say Media acquired Sideshow, which is the digital design firm he founded.

At Airbnb Schleifer will join the executive team and lead design efforts for the company. He will work directly with Airbnb’s design teams, but will also coordinate with other parts of the business to make sure all are on the same design page. It’ll be his job, he says, to connect those dots.

“I’ll work with [global hospitality head] Chip Conley on the host stuff and how we communicate with hosts… and I’ll work with [CMO Jonathan Mildenhall] on marketing and branding,” he said. “Each of these groups sits at the same table and has a voice that carries that same weight. We meet every day and discuss all these things.”

But ultimately he’ll report to the founders. So what does it mean to work for a couple of designers and an engineer? Reflecting back on the day he decided to take the job, Schleifer said founder Brian Chesky took 15 minutes to convince him why he should join.

“I knew that working with other designers would either be heaven or hell… It would be either the best job I ever had or the worst job I ever had,” Schleifer told me. But after hearing Chesky out, he says, “I got a sense immediately that it would push me forward and not drag me down. These guys lean very heavily on people they feel can handle the task.”