I have thoughts on this Newsweek article. 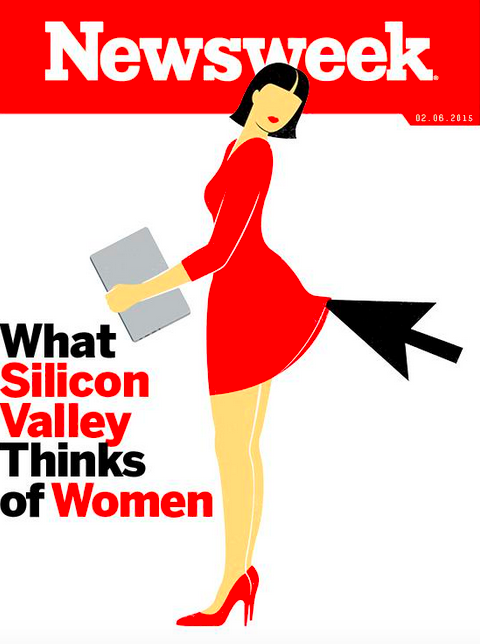 Tech has some issues. You read trade pub stories about sexual harassment and assault allegations so often it’s absurd. Newsweek, which just discovered there are only a few women in tech, sent accomplished author Nina Burleigh to investigate tech gender politics. She did an adequate job in her piece, “What Silicon Valley Thinks Of Women.”

Bandwagoning on after lengthy articles in The New York Times and a very public campaign to collect startup diversity data, the piece contains the requisite tech sexism horror stories and well-worn accounts of women not receiving funding because they are women, but also nuggets of insight like, “One problem with the male-dominated system is that top partners have almost never been exposed to women as professional peers. Their interaction with women is limited to their wives and daughters, and maybe executive assistants.”

This is accurate: Sexism in tech is basically culture shock.

The cover of the story though, is a visceral gut punch. It portrays a woman without eyes, in a short skirt, getting her behind clicked on by a big black cursor. (Whoever these Silicon Valley people are who are thinking of women like this, they are not doing it on their phone or a tablet.)

Women, as a gender, have been infamously objectified throughout history. It is difficult to be a plurality, a complex being, if you are a woman.

For example, while the men in tech get to be a “visionary founder” or “rockstar coder” or “Travis Kalanick,” women in tech get to be a “victim” or “maneater”. Marissa Mayer or Carol Bartz if we’re just doing Yahoo CEOs.  This uncannily reflects pop culture, where we’re either “Madonnas” or “whores” in many depictions. And yes, sophisticated women like Sheryl Sandberg have found a way out of the suffocating binary, by vehemently calling it out at every opportunity, but most of us are still tangled in it. Maybe Sheryl is too.

Not only does this objectification, this dehumanizing, suck, it violates basic morality tenets: Specifically, treating subjects (people, women) as objects.

There are plenty of women in Silicon Valley, voting with their feet and being subjects, showing the world that we refuse to be put in a box, or fit into outdated roles. We’re making progress, whether it’s women like Adi Tartako who grew Houzz to a multi-billion dollar business, Tracy Chou who has moved up the engineering ranks of some of the Valley’s best companies, Gina Bianchini who isn’t afraid of failure or women like Amelia Greenhall and Shanley Kane, the co-founders of Model View Culture, who rightly decided there needed to be a whole publication dedicated to the systematic marginalization of certain groups in tech. Or Kimberly Bryant, who built Black Girls Code…

Newsweek’s faceless and sexualized symbol of women in tech is a disservice to these women and countless others. It’s basic and reductive. We have worked so hard to broaden the scope of what we can be, in Silicon Valley, in the world, and here comes Newsweek putting us back in the box with an image that bluntly, sloppily trivializes how painfully that progress was won. As writer Carmel DeAmicis pointed out to another reporter who did not get why people were offended by the image, “Imagine you were killed by terrorists. the feature image on story of yr death: Inappropriate, non?”

@stevekovach Imagine you were killed by terrorists. the feature image on story of yr death: Inappropriate, non? pic.twitter.com/zbwIOKPdQf

I get that it’s supposed to be tongue in cheek, a send up of the male gaze: “No, no, this is what the men in Silicon Valley are doing to the women! Not us. It’s a critique.”

I understand satire, semiotics and stand by the First Amendment. I “get” Je Suis Charlie.

But just like Newsweek, which is now back in its print edition, gets to subconsciously influence a bunch of kids accompanying their parents on trips to the grocery, I get to say that this cover is perpetuating what it purportedly denounces — It makes women feel excluded, sexualized and degraded as it tries to point out how bad it is to exclude, sexualize, and degrade women. It’s un-self-aware, even if the people who created it, graphic designers Robert Priest and Grace Lee, are.

I don’t care if you were trying to be provocative and meta. Your efforts failed. (See this for more effective efforts.)

The media business is all about attention, hence the sensationalism, more sensationalism and stunt journalism. I’m not opposed to stunt journalism and meta journalism in some cases. But you cannot pull readbait like this on topics as complex as gender bias in tech. It’s an intellectual and artistic crime to be this simplistic and manipulative on hot-button issues, issues that materially affect the careers and lives of millions of people.

“That is total nonsense,” Newsweek EIC Jim Impoco told me on the phone earlier when I explained my views to him. That was his only on-the-record comment. The author of the piece, Nina Burleigh, had thankfully a more nuanced take, and final approval on the cover, “I’m pleased that the cover provoked this sort of reaction. One hopes that the revulsion will eventually be redirected not at a magazine cover but at the perps and the culture that protects them to the great detriment of tens of thousands of women working in tech.”

News flash Newsweek: The extreme revulsion at crappy tech attitudes is already here. It’s been here for a couple of years before you parachuted in and made us feel molested by a magazine cover. But yes, there are bigger battles to fight, and yes we should focus on the culture: Which this piece of Internet content designed — literally — to get clicks for money, is certainly a part of.

I mean, you might as well have done this. And that’s the problem. 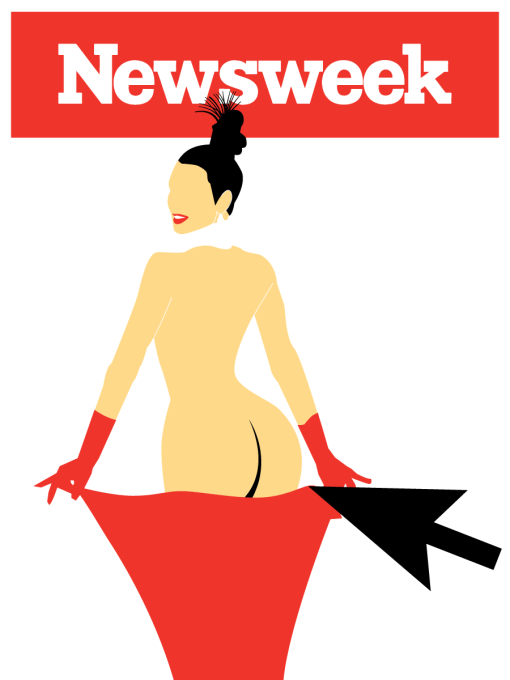