New York Times bestselling author Kelly Corrigan wants to bring more attention to some of her favorite authors. She proposes to do that with a video series in which she gets to interview some of those writers on camera and distribute those interviews on Medium.

Corrigan began filming the 12-part author interview program Foreword for Medium earlier this month. Her hope is that viewers will consume a “generous helping of brain-food” from those authors and walk away feeling “a little, teeny bit better for having watched this.”

Walter Isaacson, John Cleese and Margaret Atwood are among the roster of Corrigan’s 12 picks for the pilot series, half of which were taped inside Medium’s headquarters. The other half, which were filmed in conjunction with PBS, took place at the Miami International Book Fair.

For those that took place at Medium, some of Silicon Valley’s elite came out to show their support. We’ve heard that Medium co-founder Ev Williams went to every show, and Twitter co-founder Biz Stone attended Corrigan’s first interview with comedian B.J. Novak.

Girls producer and ‘Not That Kind of Girl’ author Lena Dunham threw in her support for Foreword. Corrigan wasn’t able to get the young writer in for the pilot program, but was able to interview her over the phone for a Foreword post prior to the launch of the show. 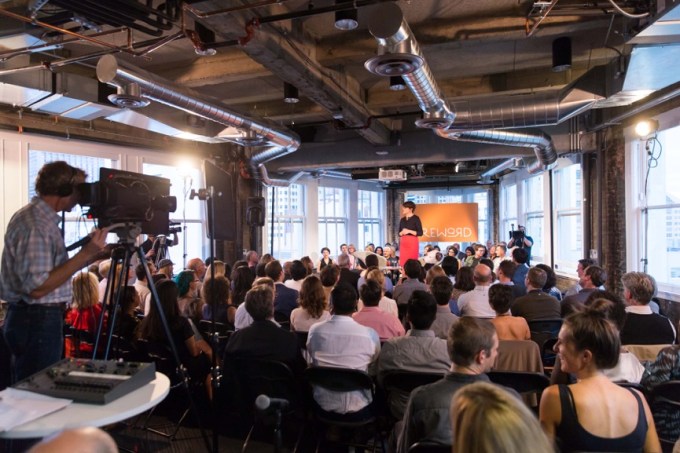 While the series is currently hosted on Medium, that wasn’t originally part of Corrigan’s plan. She first proposed the idea for the series to her publishers at Random House. But her husband, Medium’s head of corporate development and strategy Edward Lichty, overheard this phone conversation and thought the concept sounded like something that should exist on Medium.

That fit well with Corrigan’s plan, but Medium had never attempted a video series before. This would be an experiment for a platform that focuses mostly on the written word.

So Lichty put the idea in front of Williams to see what he thought. Corrigan tells me Williams was pretty keen to do it and soon after gave the green light for Medium’s first digital video series. As a result, Corrigan started booking her dream list of wordsmiths.

Each week for 12 weeks, Corrigan will post the video series to YouTube and then release each author interview on Medium and Facebook. Three shows have already gone out this month. An interview with popular science writer Mary Roach comes out today.

Foreword may get a second season if all goes well. A Medium spokesperson said the company needed “to see how things go with season 1 (we’re only 4 weeks in) before we make decisions about season 2, but we’re pretty pleased with how things are going so far.”

However, the show will have to continue on with YouTube videos embedded within the Medium platform if it continues. Medium has no current plans to develop its own native video player to support the show.

A second season is quite likely to happen if Corrigan can find a sponsor, and she says she’s working on a few possibilities. If it were to happen, Toni Morrison, Lena Dunham and Hilary Clinton are at the top of her list. 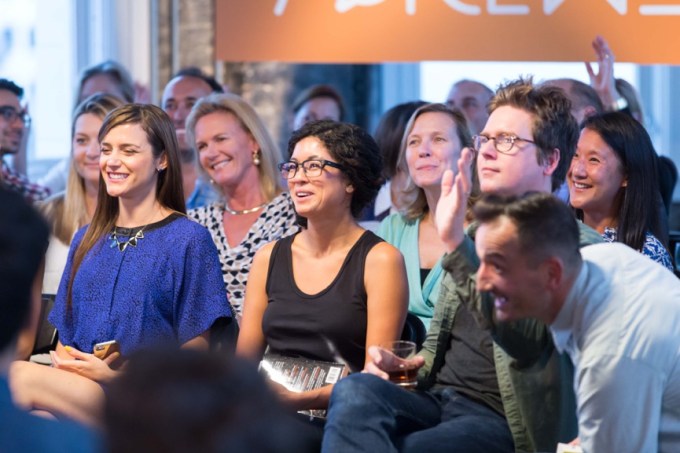