If you’re an ad geek you’re probably yelling at your screen like you just watched Lebron James slam dunk an alley-oop with a broken leg. 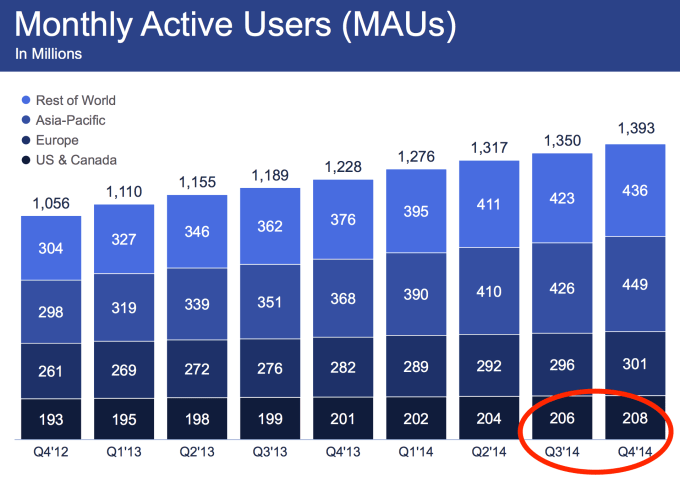 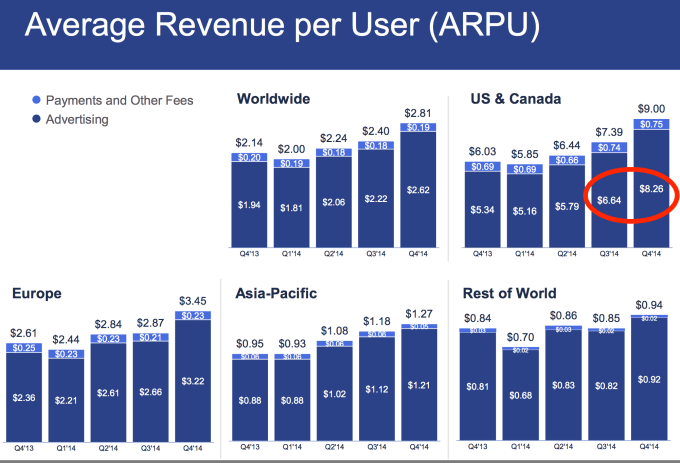 It means that through better ad targeting to connect customers to the brands they’re likely to buy from, and improved online and offline sales measurement to track those purchases, it’s been able to grow ad revenue about 25X faster than user count.

That’s not just in North America. In Europe, average ad revenue per user was up 21% on just 1.3% user growth.

Now the question is whether can figure out how to do the same in the developing world. In the “Rest Of World” region that includes many developing nations in Africa and South America, user count grew 3% from 423 million to 436 million users, yet average ad revenue per user there only grew 12% from $0.82 to $0.92. That’s strong, but not like it is in the US and Canada.

At this rate, even if Facebook really did get hit hard by competitors like Snapchat and its user count in the US dropped, it’d likely still keep earning more money.

On the earnings call, CEO Mark Zuckerberg said the company worked “aggressively” to improve its ad tools and measurement. COO Sheryl Sandberg said “Building out that measurement has paid off.”