When rolling out a new product, or making changes to an old one, companies can spend thousands of dollars on testing to ensure that customers actually like the app, device, gizmo, gadget or service. It’s a multi-million dollar industry, and one that hasn’t taken full advantage of remote technologies.

Well, UserTesting aims to change that and has raised $45.5 million in financing from Accel Partners to aggressively grow its business beyond app and website testing to user experiences for almost any product, on-demand.

Since the company’s launch in 2007, demand for UX testing has grown steadily, and nowhere is this more important than on mobile devices — the new battleground for tech dominance.

On mobile devices, 60% of customers will browse elsewhere if they can’t find what they need immediately, according to Forrester Research provided by the company. Of those users 35% say that after a bad experience with a mobile app, they’ll switch to a competing product.

UserTesting reduces the time it takes and the amount it costs to conduct the user experience surveys.

“When we present ourselves to companies, testing becomes a thing that’s embedded in the fabric of how they develop new products and services,” says Darrell Benatar.

“Test early and test often,” says Benatar. “But nobody was doing it because it takes too long.”

While the company boasts of 30,000 customers, Benatar declined to comment on revenue specifics, or profitability, except to say that the company had reached cash-flow breakeven, before launching the round. He also declined to disclose the company’s valuation after the financing. 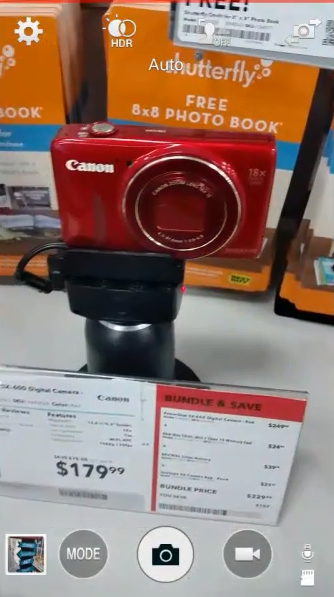 Some of the company’s roster of clients include the biggest names on the web and some of the country’s biggest retailers. Marquee customers like Google, Facebook, The Home Depot, Amazon, and Verizon Wireless are using its UX testing service.

Through UserTesting, customers receive video of people interacting with products and services while responding to a series of questions framed by the company. Results from these UX studies can come within hours, instead of the days it takes more traditional market research companies, according to UserTesting.

The basic service costs $49, for a 30 minute video of people running through a script answering questions about the user experience. More sophisticated offerings are sold as an annual subscription with prices starting at roughly $225 per month.

Prices increase based on features and usage levels. As part of the new round, UserTesting is marketing a mobile version of its service so it can record user feedback on tablets and smartphones to follow the user through all retail channels.

“This is one where multiple partners have known the company for a number of years,” says Accel Partners’ Kobie Fuller, who’ll be taking a seat on the company’s board of directors. “It wasn’t until the last 12-to-18 months where we spent a lot more time prioritizing design-driven software and ecosystems, where we focused on building incredible user experiences that we realized there were very few tools in the market.”

That realization led Accel Partners, and co-investor OpenView Venture Partners to make the commitment to UserTesting.

The company now has 170 employees and its revenues are split roughly in half between its enterprise sales to large businesses (which only really began in 2013) and sales to small and medium-sized businesses.

Some of the money from the round will be used to build up its staff, but additional cash might be spent on acquisitions in the not-too-distant future. Both Fuller and Benatar were coy when I asked them about possible targets, shifting the discussion elsewhere.

While the company’s acquisition strategy isn’t clear, what is becoming increasingly apparent is the huge market opportunity for user testing services.

“The two factors that shape our world are analytics and big data becoming ubiquitous, and how important the customer experience is,” says Benatar. “And we’re that missing piece.”