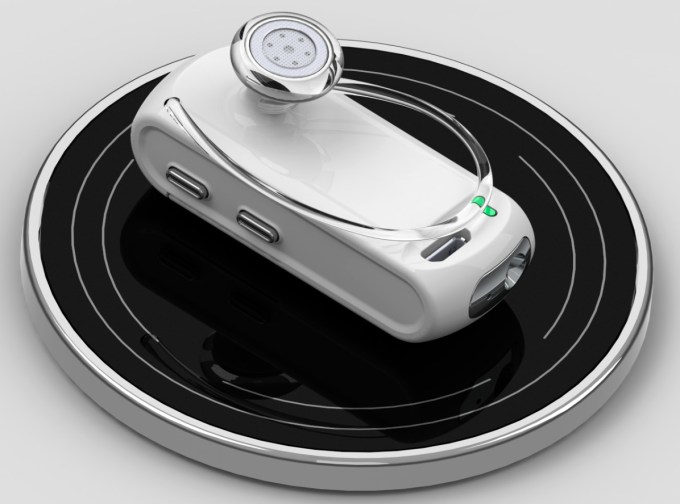 Journalists, PR folk, and anyone else who needs to keep accurate copies of calls over the phone or Skype should check out the Bluewire, a new Bluetooth headet that just launched on Indiegogo.

While there are plenty of headsets out there that give you a comfortable fit or decent sound quality compared to the earbuds that come with our phones, the Bluewire actually records conversations to a pre-installed MicroSD card – 1,000 hours of conversations, to be more precise.

You don’t even have to actually have your conversation over the Bluewire headset. As long as it’s paired to your smartphone, it’ll record both sides of a conversation, even if it takes place over a different headset you find more comfortable or your in-car audio system.

Once saved to the headset’s memory, you can access your recordings via the accompanying Bluewire app. There, you can download the file to your phone or send to Dropbox for editing and transcription on your PC. Bluewire creator Avi Gilor says he’s working on expanding the app to let users automatically send their files directly to apps like Evernote as soon as they’re received on the phone.

Android users don’t even need to unlock their phones to get the file onto their device. Those with an NFC-equipped phone can send the recording of their most recent call over to their phone by tapping the Bluewire to the back of their device. That’s one of two nifty wireless features, the other being charging via Qi-compatible mats.

The Bluewire has early-bird prices ranging from $149-179, but the final retail price will be $279. If you’re willing to splurge, there’s a $295 special edition for Indiegogo that comes in the white shown above with a Qi charging mat, double the storage, and an external battery for charging the headset on the go.

You can see the headset and app in action in Bluewire’s super-cheesy demo video: